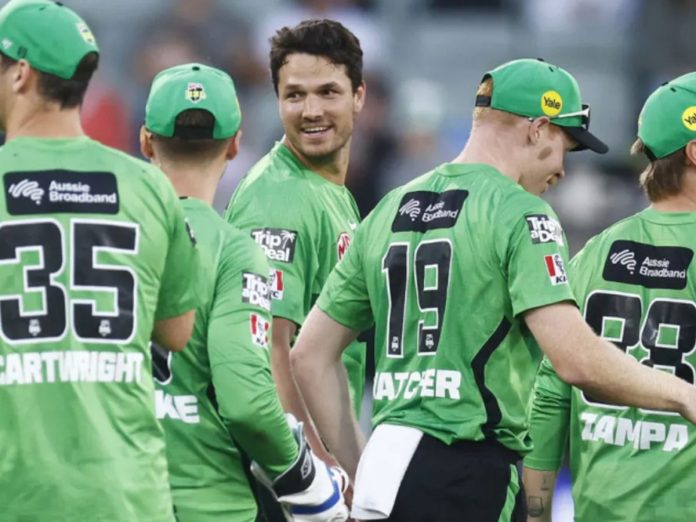 Melbourne Renegades will look to bounce back to winning ways here. They have 5 wins and as many losses in the tournament and are at the 5th place in the points table.

Melbourne Stars have three wins and seven losses in the tournament. After a cluster of losses, the team regained their momentum to defeat Adelaide Strikers in the last game. However, their last encounter against Renegades didn’t go as planned. Renegades ended on the winning side by 33 runs.

The pitch will assist the batsmen more and this match is expected to be a high-scoring thriller. Both teams will look to the chase because of the nature of the pitch.

The weather in Melbourne will be cloudy with a hint of rain. The precipitation level is likely to be 20%, with humidity to be around 62%. There is a good chance for drizzles.

Aaron Finch surely fits in as the captain. The Australian star has scored 244 runs in his ten matches and is expected to lead the batting order from the front here.

Joe Clarke is amongst the runs this time around. The England star has notched up 283 runs and has been busy with the gloves as well.

Nathan Coulter-Nile has been impressive with the ball in the tournament. The Stars all-rounder has picked up 13 wickets in his last eight games with an economy rate of 6.84.

Sam Harper could be preferred because of his strike rate. The Renegades star has 179 runs in his last seven games with a strike rate of 162.72.

ALL: B Webster, W Sutherland

Who Will Win Today’s match Between REN vs STA?

Melbourne Renegades will begin this game as favourites. They are going well compared to Melbourne Stars at the moment. Renegades will look to bring in their A-game and win this one to stay in contention for the knockouts.

Who Will Win Today’s Toss Between REN vs STA?

According to Kheltalk’s Toss Predictor, Melbourne Renegades are expected to win the toss and bowl first. Since the pitch will assist the batsmen more, chasing will be a better option here.