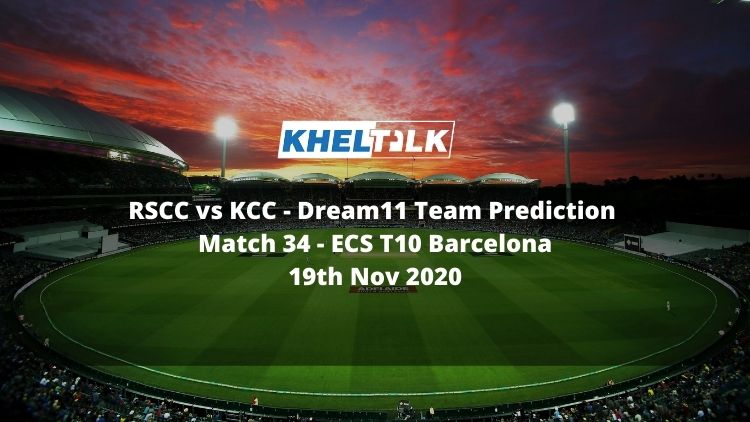 The pitch at Montjuic is pretty batting friendly. Pacers might even get lucky if they keep their deliveries in line.

J Miah has got some important runs off his bat. In the last five games, he has smashed 22, 0, 22, 7, 1. He is capable of hitting big shots and can even do wonders behind the wickets. Don’t miss him out.

I Patel has been impactful for Sporting. In the last five games, he has scored 50, 42, 6, 32, 59. Not only this, he has done wonders with the ball as well by chipping 5 crucial wickets in those games.

M Manwani hasn’t been very convincing with the bat so far, but his ability to take wickets covers up all his mistakes. Having bagged four wickets in the last five games, he can be lethal again with the ball.

18 years old H Aminul has 5 wickets in his pockets from the last five innings. The skipper will again rely on his for wickets. So, don’t dare to miss him out.

RSCC vs KCC Dream11 Prediction: Who will win the match

So far, Kings have shown better performance in comparison to Raval Sporting. So we bet on Kings, to notch a victory here as they are much confident and have a better line up for Ravals.