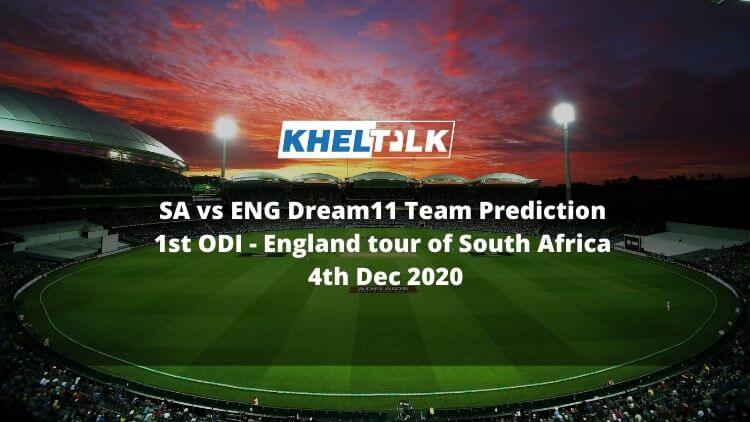 England will take on South Africa in the 1st of the three-match ODI series on Friday. They are coming into this tournament after three big wins- a clean sweep- in the T20I series. Despite normal bowling performance, the team’s batting, led by Dawid Malan, was too good for the hosts. South Africa are the underdogs in this series though they are playing at home. The team is still looking for the right balance to match the firepower of the World Champions England. Let’s go through our latest Dream11 Team Prediction for the upcoming game of South Africa vs England.

The teams once again will lock-horns at the same venue where they played their first and third T20I. In both the matches, South Africa was able to score more than 175 and England had managed to chase down the target with ease.

Jonny Bairstow did well in the T20I series and looked in good touch in the IPL as well. In the 1st T20I, he smashed a brilliant 86*. He averages 43.25 in ODIs this year.

Joe Root looked good in the recently concluded Intra-squad warm-up matches. He scored 77 and 45* in the two matches he played.

Adil Rashid could be a wise choice for vice-captain in this match. He was economical in all the three T20Is. In the 11 ODIs against South Africa, he has 11 wickets.

SA vs ENG Dream11 Team Prediction: Who will win the match

Going by the form, South Africa will begin this contest as the underdogs and England has the upper hand, will begin the match as the favorites. Our Dream11 Team Prediction experts back South Africa to outclass visitors in the upcoming affair. It is known that Proteas is not at their best. But, still, they will look to turn things around in the next contest.