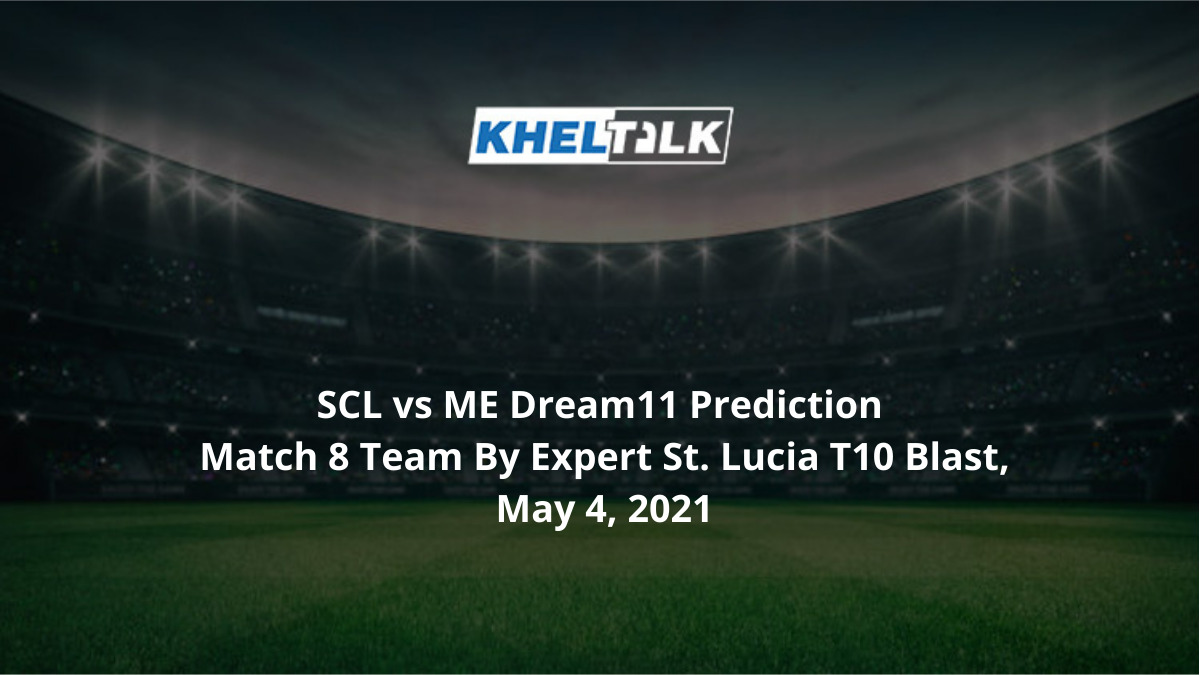 The 8th game of Dream11 St. Lucia T10 Blast, 2021 will be played between South Castries Lions and Micoud Eagles. The match is expected to be played at the Daren Sammy National Cricket Stadium.
Talking about the team’s run, South Castries Lions will step up to play their opening game of the tournament and will be hoping to open their account against the in-form team – Micoud Eagles.

Meanwhile, Micoud Eagles lead the points table as they have won all three games so far. In their previous game, the Eagles didn’t let VFSS open their bat well and restricted them for 64 runs in 10 overs, in response, they chased down a mere target in just 5.1 overs with 8 wickets in hand.

The temperature is expected to hover around 28.83 degrees with 77 % humidity and 14 km/hr wind speed. The forecast suggests there would be clouds with no chance of rain at all.

J Charles and N Edmund will open the innings for Lions, followed by A Callendar and W Inglis. C Callendar and S Leo will look after the middle-order lineup, meanwhile, K Charles will do the late hitting for the side. The bowling department will be taken care of by A Joseph, D Baptiste, alongside R Simmons.

The eagles have been playing some outstanding cricket. Bowlers look in terrific form, whereas Batsmen haven’t let the fan down. No changes are expected for the upcoming clash.

Mervin Wells has been consistent with the bat for the Eagles. In three innings, he has hammered 96 runs at a strike rate of 177.77. So far, he has smashed 13 fours and four maximum to help his team stand on the winning side.

Another reliable asset is S Charles, he has scored 52 runs in 2 innings at a strike rate of 126.82 including 6 fours and 1 six. He will surely not let you down and help you earn fantasy points. Best choice as vice-captain.

Micheal Charlery has been the most economical bowler for the Eagles. In three games, he has two wickets at an economy of 4.00. However, Murlan Sammy has chipped three wickets but has been a bit expensive with the ball. Choose wisely.

Johnson Charles is the most valuable player for Lions and has turned out to be a match winner at many occasions. He has fantasy rating of 10, and average of 63.1 match fantasy points in last 10 games for Lions.

D Baptiste is the best bowling option Lions have. He has been lethal with the ball and has chipped wickets when needed. In the last 8 games, his fantasy rating is 8.09. He can be impactful.

Head to Head Dream11 Team Prediction SCL vs ME

Who Will Win Today Between SCL vs ME Dream11 Prediction, Match 8?

According to Kheltalk’s astrology SCL vs ME Dream11 match Prediction, Micoud Eagles are likely to win this match with ease. Having more quality and in-form players with the likes of T Edward and M Wells, they would not let the opposition stand any chance in the game.

SCL vs ME Toss Prediction today

According to Kheltalk’s SCL vs ME Dream11 toss prediction, The Eagles will win the toss and choose to field first as most of the games at this venue are won by the team batting second.