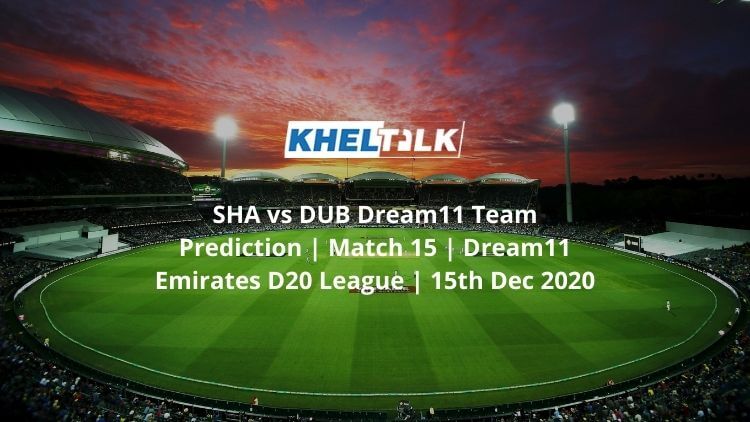 The next fixture of Emirates D20 will be between Shahraj and Dubai at Dubai International Stadium. At present, Shahrah sits at the 4th spot with two wins from three games, while Dubai on the fourth spot with two wins from four games. Both the teams will now be fighting hard to improve their ranking at the points table. Let’s go through our Dream11 Team Prediction for the upcoming game of Dream11 Emirates D20 League.

The pitch at Dubai International Stadium works for Batsmen as well as the bowlers. Bowlers must take full advantage of swing in the initial overs and batsmen will enjoy bating in the death overs.

Tahir Latif has been lethal with the ball. In four matches, he has chipped 10 wickets at an economy of 6 with the best figure of 4/25.

F Ahmed has scored maximum runs for Shahrah. Looks like, he is in good touch as he has scored 112 runs in just three innings at an average of 37.33.

Kashif Daud has bagged five wickets in three innings. He has kept his economy under 6 and is expected to trouble the batsmen again.

Syed Haider scored brilliant 55 runs against Abu Dhabi in his opening game fr Dubai. He shouldn’t be taken lightly as he is capable of smashing every ball out of the boundaries.

SHA vs DUB Team11 Team Prediction: Who will win the match

Both the teams are on the same page. Having equal strength, it will be one nailbiting contest. However, Dubai seems better on papers. So Our Dream11 Team Prediction has a great level of success in the ongoing league and users can trust them going ahead. We bet on Dubai to win this encounter.