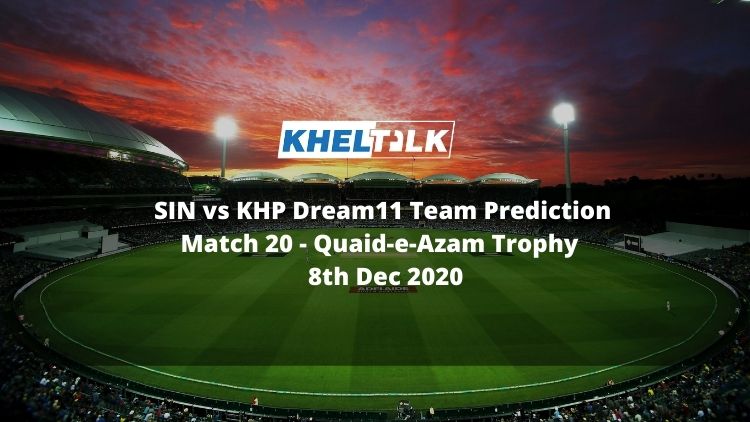 Games played in this tournament: 2

Matches won by the chasing team: 0

Saud Shakeel is the 2nd leading run-scorer of the tournament currently. He has 588 runs and has picked up 4 wickets.

Khalid Usman has led the team from the front very well and has contributed both with bat and ball. He has 17 wickets and 396 runs.

Asad Shafiq averages close to 42. He has 370 runs so far in the tournament and is a useful option with the ball too.

SIN vs KHP Dream11 Team Prediction: Who will win the match

Going by the form and the performance of the players, the team KHP will begin this match as the favorites. They have a more experienced squad with their players performing well in the ongoing tournament. It will be difficult for Sindh to outclass KHP in the upcoming affair as per our Dream11 Prediction experts.