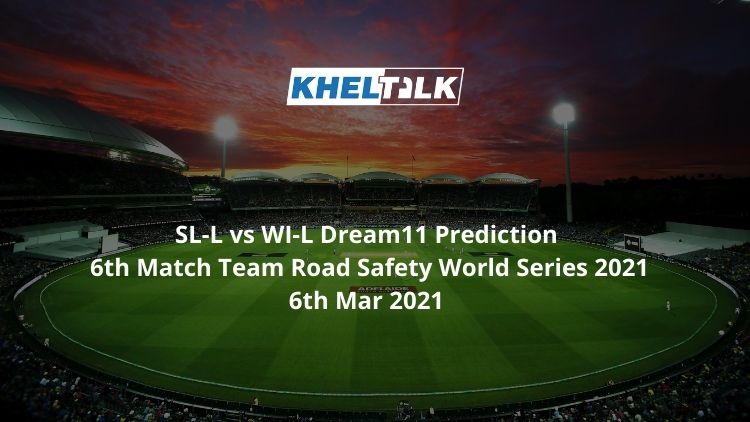 Here are the stats for the teams SL-L vs WI-L:-

The surface plays a litter slower. Scoring boundaries isn’t easy in Raipur. No team has even managed to score 170 runs in the six T20 games played at this venue.

The temperature in Raipur will be around 35 degrees Celsius during the tournament. All games are expected to happen under clear night skies with no chance of rain.

Pick more pacers and spinners in your fantasy team.

Sri Lanka Legend might make few changes after losing against India Legend in the previous game.

West Indies Legend is yet to open their account as they have lost both the matches against South Africa and India.

Here are a few predictions for the captain pick for the SL-L vs WI-L clash.

R Kapugedera has scored 51 runs from two innings at a strike rate of 100.00 including 9 fours and 1 six.

Legendary S Chanderpaul is back in action as he has smashed 82 runs in two innings with the highest score of 61 runs.

C Vaas hasn’t lost his line and length even after retiring ages ago. In two innings, he chipped three wickets at an economy of 4.16.

D Ganga looks consistent with the bat as he has scored 63 runs in two games at an average of 31.50 including 10 fours. Don’t miss him out.

Herath has bagged three wickets in two games with the best figure of 2/5 at an economy of 5.40.

Here is the Dream 11 Team prediction for SL-L vs WI-L. We are going with players who are currently in good form and can win the match with ease in our Head To Head & Grand League

Who Will Win Today Between SL-L vs WI-L Dream11 Prediction, 6th match?