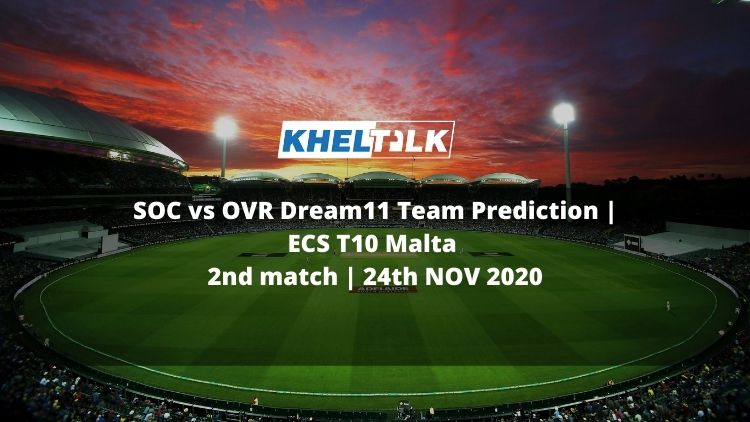 The opening day of ECS T10 Malta 2020 features only two teams-Southern Crusaders CC and Overseas CC. Both the teams will be locking horns twice on the same day, and this match is the reverse fixture.

The conditions at Marsa Sports Club will have something for both batsmen and bowlers. There will be an equal contest between the bat and ball which makes this game an interesting one.

Heinrich Gericke, in his T20 career, has 236 runs from his four innings with an average of 59 while striking at 178.79. He is a useful bowling option too, has two wickets in his career.

Zeeshan Yousaf is one of the top performers for the Crusaders this year. He has 74 runs from his 5 T20 matches and also has picked up 8 wickets while giving away just 4.9 runs per over.

Jurg Hirschi has played 8 T20 matches in his career and has 6 wickets to his name with the best of 2 for 8. He can swing his bat for a few quick runs as well.

SOC vs OVR Dream11 Team Prediction: Who will win the match

Between both the teams, SOC has more experienced players so they are expected to win this game.