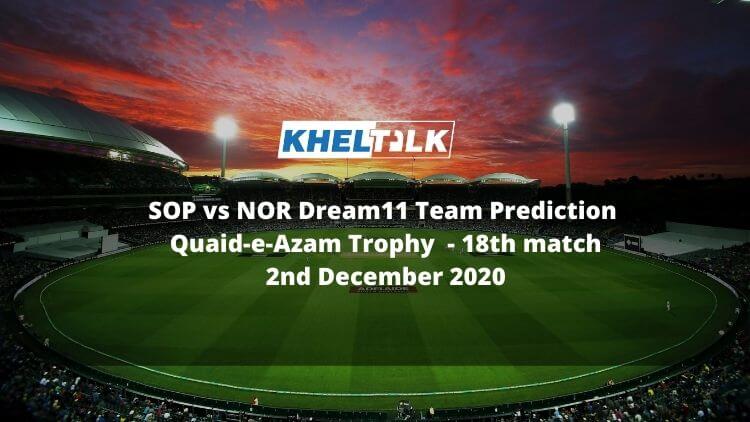 Southern Punjab and Northern will face each other in the 18th match of the tournament. Both the teams are coming into this match after a draw and are very identical when it comes to the points. They have played 5 matches each and have won two. They both have 74 points but Southern Punjab is at the first position because of their net run-rate.

For NOR, Nauman Ali has been the stand-out performer and has led the bowling attack very well. He has 35 wickets. For SOP, Hussain Talat has been excellent with the bat. He averages close to 89 in the tournament at the moment. Let’s go through our Dream11 Prediction for the ECS T10 Malta game.

The pitch has improved a lot compared to the earlier games and the batsmen are finding it easier to bat on. In the last few matches, the teams batting first have managed to reach 400 with ease. In fact, Southern Punjab had 527 runs against Central Punjab in the 1st innings of their previous match.

SOP vs NOR Dream11 Team News:

SOP vs NOR Dream11 Prediction, Line-Ups:

Captain Pick for SOP vs NOR Dream11 Team

Agha Salman is the leading run-scorer for Southern Punjab. He has 458 runs and averages close to 76.33. He also has 11 wickets to his name with the best of 4 for 68.

Mohammad Nawaz has been consistent in the tournament so far. He has 421 runs from his 3 matches and he averages 84.20 here. He also has picked up 8 wickets.

Nauman Ali is having an excellent tournament. He has 35 wickets with the best of 11 for 108 and is currently the 2nd leading wicket-taker in the tournament.

Hussain Talat averages close to 89 in the tournament. He has played only three matches but has scored 441 runs so far with two tons to his name. He can also contribute with the ball.

Top Five Picks For SOP vs NOR Dream11 Team:

SOP vs NOR  Dream11 Team Prediction: Who will win the match

Both the teams are identical when it comes to the performance in the tournament which makes this match an interesting one. There is a high chance that the match would end in a draw.