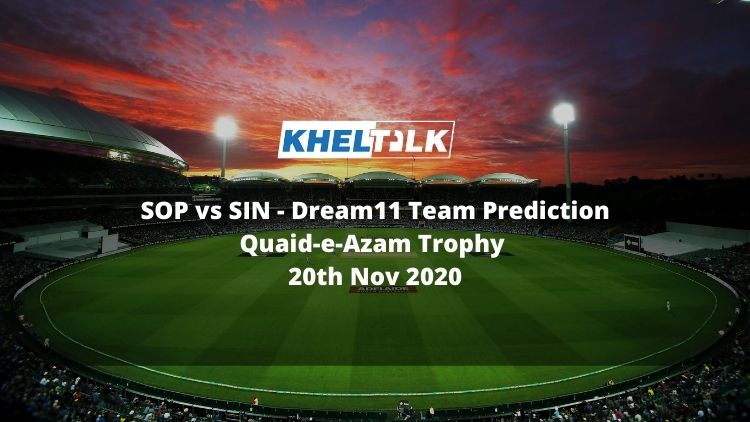 The 11th fixture of the Quaid-e-Azam trophy will be played between Southern Punjab and Sindh. Talking about their run so far, Southern Punjab is at the peak of the table with two wins from three games, while Sindh is at 4th spot with just one win from three games. So let’s have a look at our  SOP vs SIN Dream11 Team Prediction, Top Captain & Vice-Captain Picks, Head to Head, Grand League, and Fantasy Tips.

The surface at Karachi is pretty slow, batsmen must take their time to get settled. Bowlers will have an opportunity to chip early wickets if they keep it in line.

Hussain Talat has scored a mammoth of 441 runs in 5 innings at an average of 88.20 for Southern Punjab including two tons. He is in superb form, don’t miss him out.

Fawad Alam has scored 296 runs in just 5 innings for Sindh at an average of 59.20. He didn’t stop here and also bagged four crucial wickets at an economy of 2.18.

M Abbas has been super economical with the ball and has chipped 14 wickets in 5 innings. He can be impactful again.

Ashiq Ali has continuously chipping wickets for his side. Keep his economy under 3, he has bagged 12 wickets in four innings.

SOP vs SIN Dream11 Prediction: Who will win the match

Southern Punjab has stepped up in the tournament with the intention of lifting the trophy. They would surely win this encounter as they are stuffed with experienced batsmen and bowlers as well.