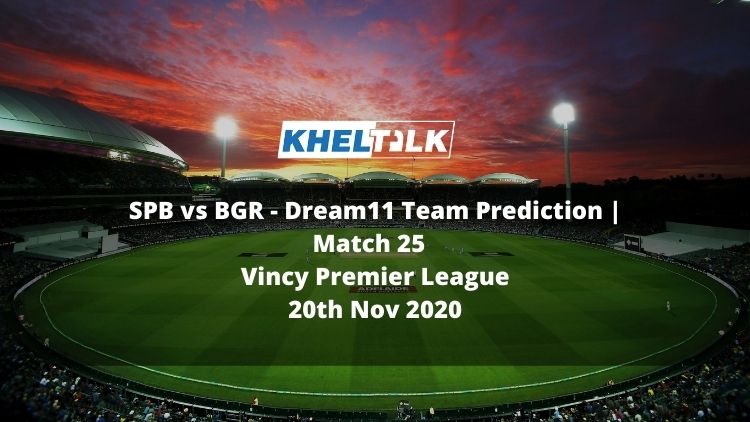 The 25th match of the Vincy Premier League will be played between Botanical Gardens Rangers and Salt Pond Breakers at Arnos Vale Sporting Complex, St Vincent. At present, both the teams have won equal matches each i.e five out of eight. With have 12 points, the Breakers lead the race while the Rangers are at second with 11 points. So let’s have a look at our  SPB vs BGR Match 25 Dream11 Team Prediction, Top Captain & Vice-Captain Picks, Head to Head, Grand League, and Fantasy Tips.

The surface at Arnos Vale Ground has a balanced condition but batsmen must take their time against Spinners. They will enjoy the twist and turns here.

Sunil Ambris has scored 195 runs in 5 innings at a strike rate of 184.28. He even has bagged three wickets so far. He can be a match-winning player.

D Johnson didn’t get wickets in the previous game but he has been convincing the tournament. With the bat, he has scored 65 runs in 5 innings, along with 8 wickets at an economy of 7.82.

K Williams has been economical with the ball so far. He has 7 wickets to his name at an economy under 6.

SPB vs BGR Dream11 Prediction: Who will win the match

It’s kind of hard to predict a winner here as both the teams have performed outstandingly in the tournament so far. But Breakers might not let their winning momentum vanish, so we bet on Breakers to win this game.