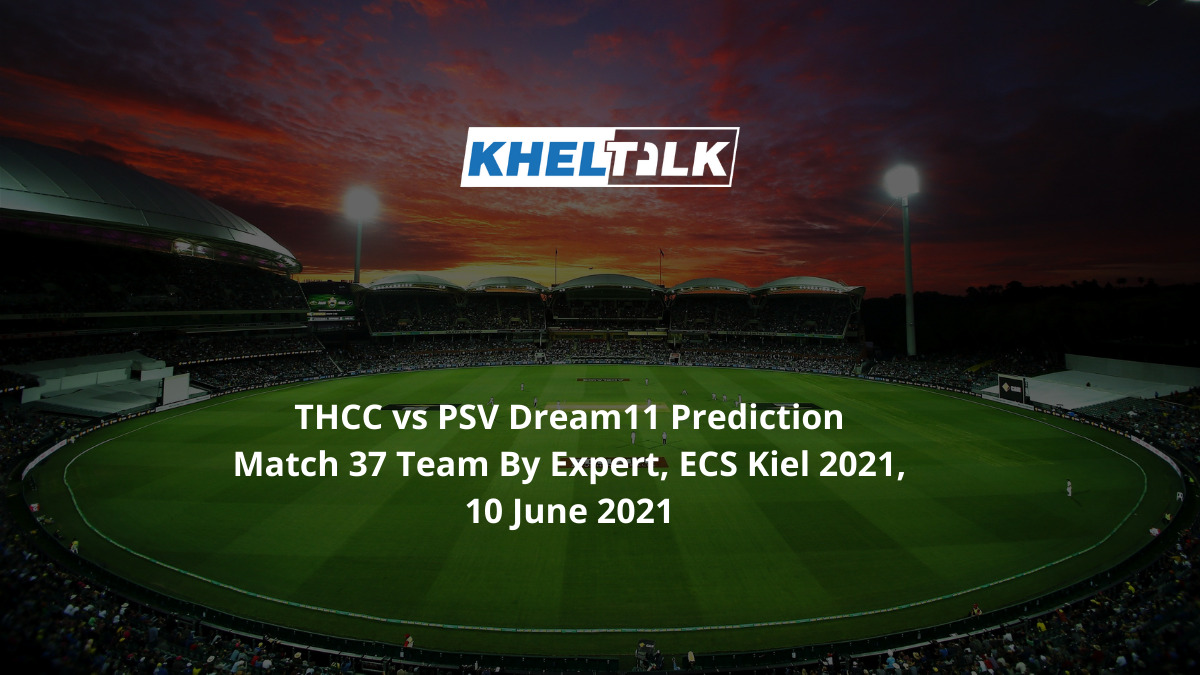 THCC Hamburg will look to bounce back in this contest as they have won just one match out of their six outings. They are currently at the bottom of the table of Group B. Their only win came against team VFB recently.

On the other hand, PSV Hann Munden finally began their tournament and went on to play three matches on a trot. The team ended up winning only one and had lost two close contest. They are just above THCC in the points table. However, a win will take them higher.

The pitch has supported the batters so far and one can expect the teams to score at least 80 to 90 runs at this venue today. The highest score so far at this venue is 198 and it came against THCC. The teams will prefer batting second at this venue.

One can expect a cloudy day in Germany on Thursday. The climate looks good, and the temperature will be around 21 degrees Celcius for the most part of the day and is likely to fall to 16 degrees Celcius during the match time. There is a 15 per cent chance for rain according to the forecast.

Comparatively, team PSV has a good line-up and thus, it is good to go with 7:4 combination in favour of them. Also, make sure to pick more bowlers from PSV team.

The team has one of the worst bowling line-ups here and they were exposed during the match against Kummerfelder where they were taken for 198 runs. However, the team do have a good batting line-up and is likely to put up a fight today.

The team is likely to find their groove soon. They started the tournament late and is acceptable to take time but since the clock is ticking at the moment, they are expected to pull up their socks to do well here. They will begin this contest as favourites.

Adeel Ahmed was the team’s leading run-scorer in the last ECS T10 tournament but he is yet to perform big here and one can expect him to bounce back soon. He so far has 49 runs from three matches with the strike rate close to 197.

Gulraiz Mustafa has been one of the star performers over the years for PSV team. In this tournament, he is yet to show off his skills. So far, he has managed only 35 runs and has picked up a wicket as well.

Angus Pickering has contributed from both fronts and is the top pick for the captain in the fantasy side. He so far has eight wickets to his name while giving away just eight runs per over. He also averages 20 with the bat, has scored 100 with a good strike rate, close to 170.

Mithun Jakati will be doing the glove duties for the team. He is in decent form and averages close to 23 in this tournament so far. He has a strike rate close to 145.

Amin Zadran is the leading wicket-taker for the team at the moment. He has played three matches so far and has picked up three wickets while giving away 7.66 runs per over.

Batters: I Hafiz, A Ahmad, B Ali

Batters: I Hafiz, A Ahmad, B Ali, M Yousafzai

Bowlers: A Jana, A Sivakumarr, R Phadke, A Zadran

Who Will Win Today Between THCC vs PSV Dream11 Prediction, Match 37?

According to Kheltalk’s astrology THCC vs PSV Dream11 match Prediction, Team PSV is likely to win this contest. Comparatively, PSV has a good squad and will dominate right from ball one. A win here will take them to a spot higher in the points table.

According to Kheltalk’s THCC vs PSV Dream11 toss prediction, PSV is likely to win the toss and opt to bat first here. The team has done well while batting first and are expected to do the same here.