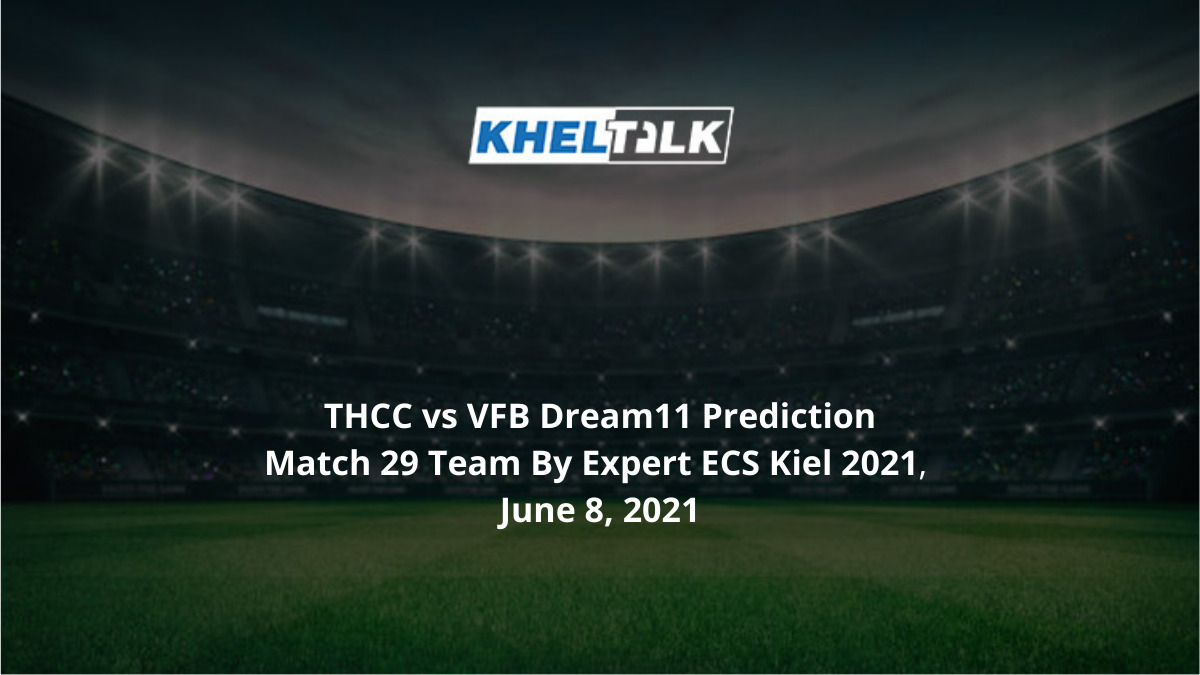 Two of the bottom teams will take on each other in the upcoming affair. Both teams will lock horns twice, in match 29 and match 30. This is a must-win match for both teams as they look to open their account here.

THCC team has played three matches so far and has lost all their three and is in the 4th spot in group B. On the other hand, VFB Fallersleben played only two matches but has lost both their matches badly. Thus, they are at the bottom of the table. A win here is likely to take both teams to 3rd spot of the league table.

The team will be highly dependent on the all-rounders here. Abhinand Jha has been one of the star performers along with Pickering. Other than that, not many players have stood up to the occasion. It will be interesting to see if they make any changes to their bowling attack here which is currently one of the worse here.

Yogesh Pai is one of the most popular picks for captain here, thanks to his all-round ability. Though he is yet to prove his skills with the bat, he is doing well with the ball, has picked up three wickets with the best of 2 for 14.

Vedant Shetye will be leading the batting attack of the team and he is in good form at the moment. He recently smashed 41* runs while scoring six boundaries. He had a strike rate close to 125 here and is likely to roll his arms for a couple of overs here.

Angus Pickering has been the stand-out performer for the team with both bat and ball. He leads both the charts at the moment and has 85 runs with a strike rate close to 194 and also has picked up four wickets while giving away 8.83.

Abhi Jha is the 2nd leading run-scorer of the team and he is in good form at the moment. He recently had 41* runs and has 49 runs in total here. He also has picked up a couple of wickets with the best of 1 for 5 in the tournament.

Who Will Win Today Between THCC vs VFB Dream11 Prediction, Match 29?

According to Kheltalk’s astrology THCC vs VFB Dream11 match Prediction, Team VFB is likely to win this contest. Comparatively, VFB has a balanced squad and is likely to bounce back soon. A win here can take them to the middle of the points table.

According to Kheltalk’s THCC vs VFB Dream11 toss prediction, VFB is likely to win the toss and opt to bat first here. Though most of the teams have won by chasing at this venue, VFB came closer while batting first, and thus, they might opt for the same here.