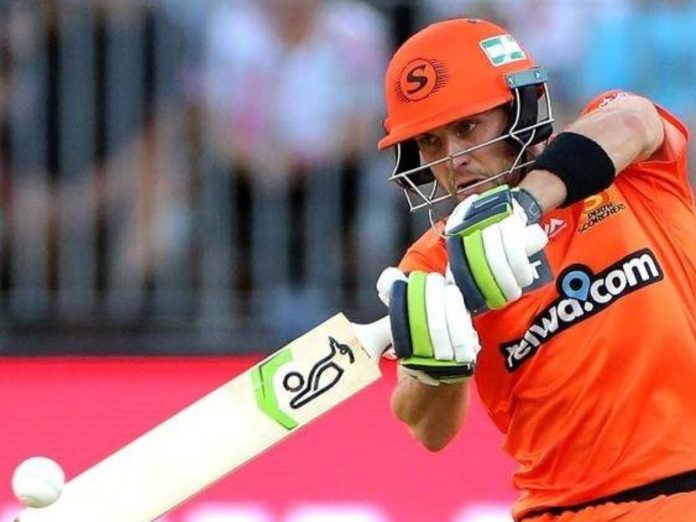 Welcome to THU vs SCO Dream11 Prediction for Today’s Match Fantasy Cricket, Sydney Thunder will take on the Perth Scorchers in the 39th BBL match on Friday, 13th Jan 2023, at Sydney. Keep reading to find out about the THU vs SCO Match Dream11 team today.

Sydney Thunder and Perth Scorchers will meet for the second time in the tournament. Sydney Thunder shocked everyone by winning their previous meeting against the defending champions. Oliver Davies scored a half-century and helped Thunder to get over the Scorchers by six wickets.

Despite losing the game, Perth Scorchers sit comfortably at the top of the table with seven wins and two losses to their name. Sydney Thunder, on the other hand, is on a roll now and has gotten into the top four. They are one of the three teams with ten points at the moment.

The weather will be cloudy throughout the day. According to the forecast, The temperature will be around 23 degrees Celcius during the contest and there is no chance of rain.

Josh Inglis has managed to dominate right from the start of the tournament. The Australian batsman has scored 326 runs in his last ten innings with a strike rate close to 156. He will be keen to lead the team from the front here.

Ashton Turner holds the key in the Scorchers’ line-up. He has scored only 271 runs in his ten matches but has an impressive strike rate of close to 153. He is expected to dominate here as well.

Alex Hales is an obvious choice for this game. He has scored 254 runs in his last ten matches and is very important in the batting line-up of Sydney Thunder. He will be keen for some runs here as well.

Andrew Tye is the most experienced bowler available in this contest and he will lead the bowling attack here. He has picked up 20 wickets in his last ten matches and is expected to play a major role here.

Oliver Davies was the difference between the two teams in the last game. The Thunder batsman scored 58 runs and steered the team over the line against the defending champions.

BAT: A Hales, A Turner, A Ross, O Davies

ALL: D Sams, A Hardie

ALL: D Sams, A Hardie

Who Will Win Today Between THU vs SCO Dream11 Prediction, Today’s Match?

According to Kheltalk’s astrology THU vs SCO Dream11 Match Prediction, Perth Scorchers will begin this contest as favorites. The team will look to dominate Sydney Thunder to stay at the top of the table. Since they lost their last game against Thunder, they are expected to come back stronger here. This is going to be an exciting battle for sure.

According to Kheltalk’s THU vs SCO Dream11 toss prediction, Perth Scorchers will look to opt for bowling here. The pitch will not change much during the course of the game, which could come in handy for the chasing team.