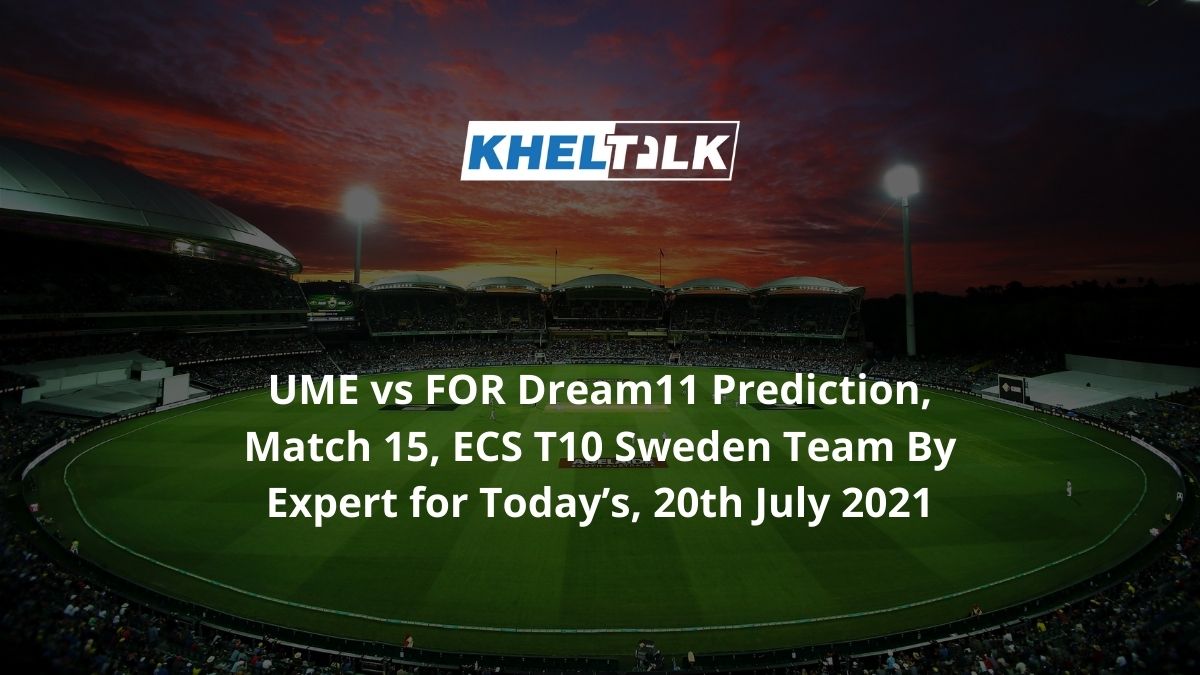 Umea was formed in 2012 and it has now placed itself to th2e Elite level in Sweden in just three years. Umea 2won Division 3 T20 in their debut year that 2015, later they were runner-up n Division 2 T30 and Division 1 T40 in the following years. Now they will be hoping to perform well in this tournament. On the other hand, Newcomers Forenom was found in 2015 and ended up being on the top in the SCF Division 1 T20 tournament last year.

UME vs FOR Dream11 Match Prediction

The wicket at Norsborg Cricket Ground, Stockholm is unpredictable. Spinners will enjoy the turf, so score around 100 runs will make it tough for the chasing team.

The temperature at Stockholm is expected to be around 22°C on the matchday with 38 % humidity and 13   km/hr wind speed. No chance of rain at all.

Majid Mustafa will keep the gloves for the side, while B Saleem and Sabharwal will open the innings for UME, followed by Manavalan, S Singh. Adnan and Hussenin will look after the middle-order lineup, while Haider and Sayyid will lead the bowling attack.

Sahil Prashar has been consistent with the bat for Newcomers. In the last five games, he has mastered 93 runs at a strike rate of 202. Not only with the bat, but he has also been impactful with the ball as he has three wickets to his name.

Arpit Tiwari is the best off-spin option and has been lethal with the ball. He has chipped seven wickets in eight games and is even handy with the bat.

Skipper Rohit Juneja is another reliable asset who will open the innings for Newcomers and is expected to give a good start and set the tone for the rest of the tournament.

S Jettiboyina is known for hitting classical shots and is capable of playing at any number. He will surely hit maximums and can be an an-factor player for the side.

Hani Hasan – the youngest player in the tournament will perform all-around duties for Umea. Hassan is one of the best batsmen and is even lethal with the ball. He is good with the new ball and is expected to chip early wickets.

Head to Head Dream11 Team Prediction UME vs FOR

Grand League Dream11 Team Prediction for UME vs FOR

Who Will Win Today Between UME vs FOR Dream11 Prediction, Match 8?

According to Kheltalk’s astrology UNI vs BAN Dream11 match Prediction, FOR is the favorite to win this contest. We are unaware of UME strength but FOR has been performing well in the tournament lately and is expected to start their tournament with a win. They have a better lineup.

According to Kheltalk’s UME vs FOR Dream11 toss prediction, UME is likely to win the toss and bat first here. Chase will get tougher and tougher for the team at this venue.