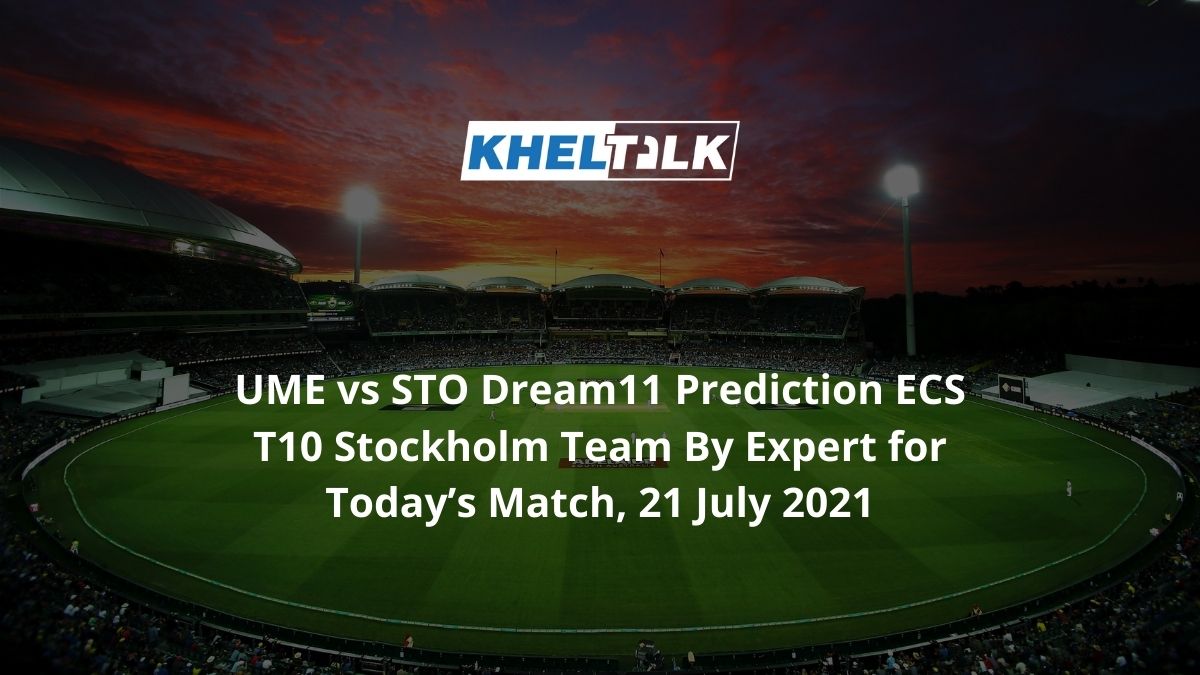 Umea will be playing their second match of the day here. They will take on Stockholm CC in this contest. The latter has done well in the tournament so far compared to Umea.

Umea has played a couple of matches in the tournament so far and has lost both of them. On the other hand, Stockholm CC has played four matches and has won one match so far. Since their win came on a high note, they are currently at the third spot in the points table.

Umea is currently at the bottom of the table but a win here will take them to the 3rd spot in the table.

This is going to be a high-scoring contest. The pitch is a batters’ ally but the spinners have done well so far. Both teams will look to bat first at this venue and they are likely to add more all-rounders to the team in this contest.

Highest score so far in this tournament- 131

Though the team had lost both their matches so far, they did have a few positives to take from both the matches and one of them is the form of the skipper Majid Mustafa. He did well in the last match and almost won it for the team. Undoubtedly, the player to watch out for here.

The team had played four matches so far and had managed to shuffle the team very well. The team didn’t opt for the same playing eleven in any of the matches and are likely to change a bit here as well. They might look to bring in their experienced players here as this is an important game for the team.

Majid Mustafa will lead the batting department for Umea in this contest. He is in good form at the moment and was the top scorer in the last contest. He made 22 runs against the Royals recently. He is also their all-time run-scorer in history and will be a perfect pick for our dream 11 today match prediction.

Hani Hassan was a surprise package in the last contest. He bowled well here and was managed to pick up a couple of wickets against the Royals recently. He will be leading the bowling attack once again here.

Abhishek Mathur is likely to play this contest and if he does, he is a must-have pick here. He will be batting at the top order, can keep wickets, and will be rolling his arms for a few overs too.

Vinod Chalindra is one of the very players to have played four matches in this tournament so far. He has managed to score 66 runs so far and is the leading run-scorer for Stockholm at the moment. He has a strike rate close to 228.

The Deepjagan Singh is just too good to be missed out here. He has managed to pick up five wickets so far and has an economy rate of 7.83 at the moment.

Manoj Tomar has contributed from both fronts so far. He so far has picked up four wickets with the best of 2 for 19 and also has a couple of cameos to his name too.

ME vs STO Dream11 Head To Head Team prediction

As per our analysis, this is one of the best Dream11 Head to Head League Team Prediction for the upcoming game of ECS T10 Stockholm

Batters: V Chalindra, A Tiwari, A Vaidya, A Abrar

As per our analysis, this is one of the best Dream11 Grand League Team Prediction for the upcoming game of ECS T10 Stockholm

Who Will Win Today Between UME vs STO Dream11 Prediction, 12th match?

According to Kheltalk’s astrology UME vs STO Dream11 match Prediction, Stockholm CC will begin this contest as favorites. They are in decent form at the moment and are a better team compared to Umea. However, the match is likely to be a close contest and Umea will not go down without a fight for sure.

According to Kheltalk’s UME vs STO Dream11 toss prediction, Stockholm Cricket Club are likely to bowl first at this venue. The team’s solo win came while batting first and thus, they are likely to go in for the same in this contest.