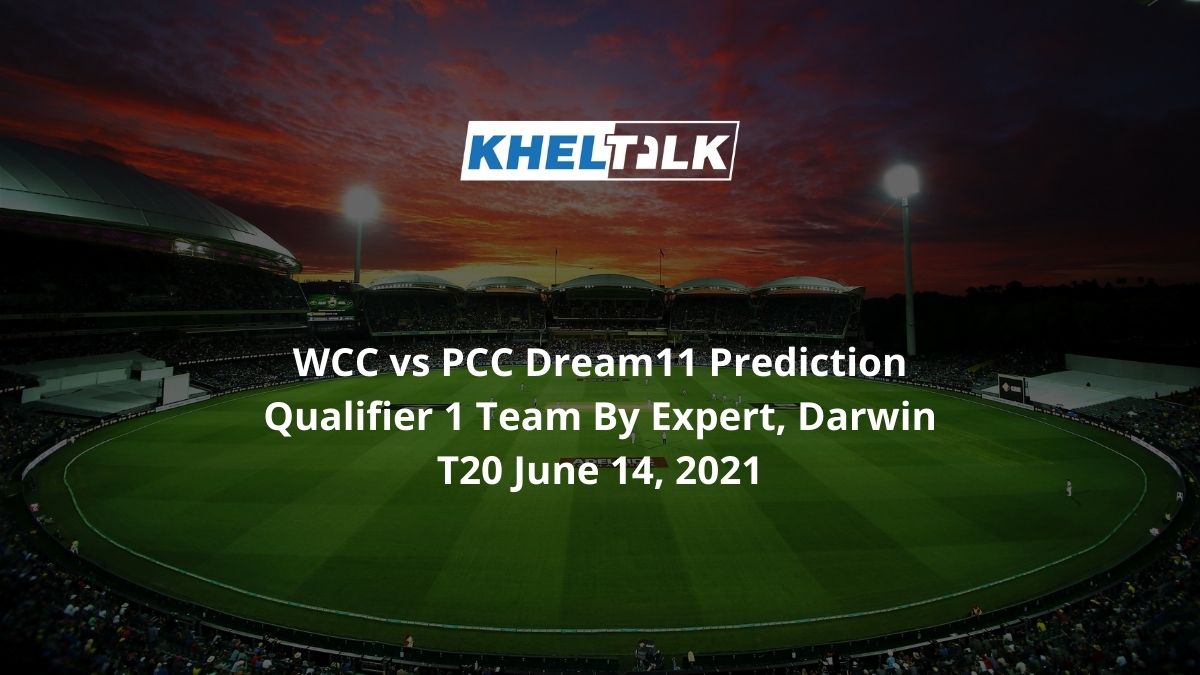 Welcome to WCC vs PCC Dream11 Prediction for Today’s Match Fantasy Cricket. Palmerston Cricket Club will take on Waratah Cricket Club in Qualifier 1 of the Darwin T20, 2020-21 on Monday, 14th June 2021, at the Marrara Cricket Ground. Keep reading to find out about the Darwin T20, 2020-21 Qualifier 1 WCC vs PCC Dream11 team today.

On the other hand, Palmerston Cricket Club are a bit inconsistent and have won only one match out of their three contests so far in the tournament. Their only win came against Darwin Cricket Club where the team went on to defend 161 successfully.

Without a doubt, Waratah Cricket Club is the favorite to win this contest and it will be interesting to see how Palmerston Cricket Club fights back.

Darwin will witness a cloudy day on Monday according to the forecast. The temperature will be around 31 degrees Celcius for most part of the day and is likely to fall to 27 degrees Celcius during the match time. There is a 4 per cent chance for rain.

Led by Alex Bleakley, the team do look good on papers but the current form of the players has let them down badly. The team will be hoping for a Harry Zimmermann show once again. Liam Sparke and McDean will open the innings while Connor Blaxall will take care of the middle-order. Nitschke will lead the bowling attack here.

While Cooper Zobel is expected to do the gloves, Isaac Conway will take care of the middle-order. Isaiah Jassal will lead the bowling attack. Nevertheless, the team is the strongest of all in the competition and will be keen to add more wins to the tally here.

Isaac Conway will lead the batting attack here. He is the leading run-scorer of the tournament at the moment and he has scored 178 runs from his three innings while striking at 131.85. He averages close to 60 and has scored 14 fours and 5 sixes.

Dylan Hunter could prove vital in this contest as he can contribute from both fronts. He is the 2nd leading run-scorer of the tournament with 162 runs with an average close to 83. He also has picked up four wickets while giving away close to nine runs per over.

Connor Blaxall is having a decent tournament with both bat and ball. He so far has scored 91 runs from his three innings with an average close to 31. He also has a strike rate of 118.1 and also has picked up wickets at regular intervals. He has five wickets while giving away just 7.20 runs per over.

Hamish Martin is yet to perform big here but could be trusted because of his experience. He has bowled well and has picked up three wickets so far while giving away just 6.36 runs. He is also among runs, has scored a couple of cameos here.

Harry Zimmermann is one of the must-have picks in this contest. He has scored 132 runs with an average close to 67 and also has a strike rate close to 134 in the tournament.

Matthew Sipala will lead the bowling attack here. He so far has picked up five wickets while giving away just 4.16 runs per over. He is also useful with the bat.

Head To Head Team For WCC vs PCC

Who Will Win Today Between WCC vs PCC Dream11 Prediction, Qualifier 1?

According to Kheltalk’s astrology WCC vs PCC Dream11 match Prediction, WCC will win the match. WCC is the best team in the tournament so far and their players top almost all the records on the list. Thanks to their good form, WCC is likely to win the match convincingly.

According to Kheltalk’s WCC vs PCC Dream11 toss prediction, WCC will win the toss and opt to bat first. Since most of the recent matches went to the team batting first, one can expect teams to opt for the same here.