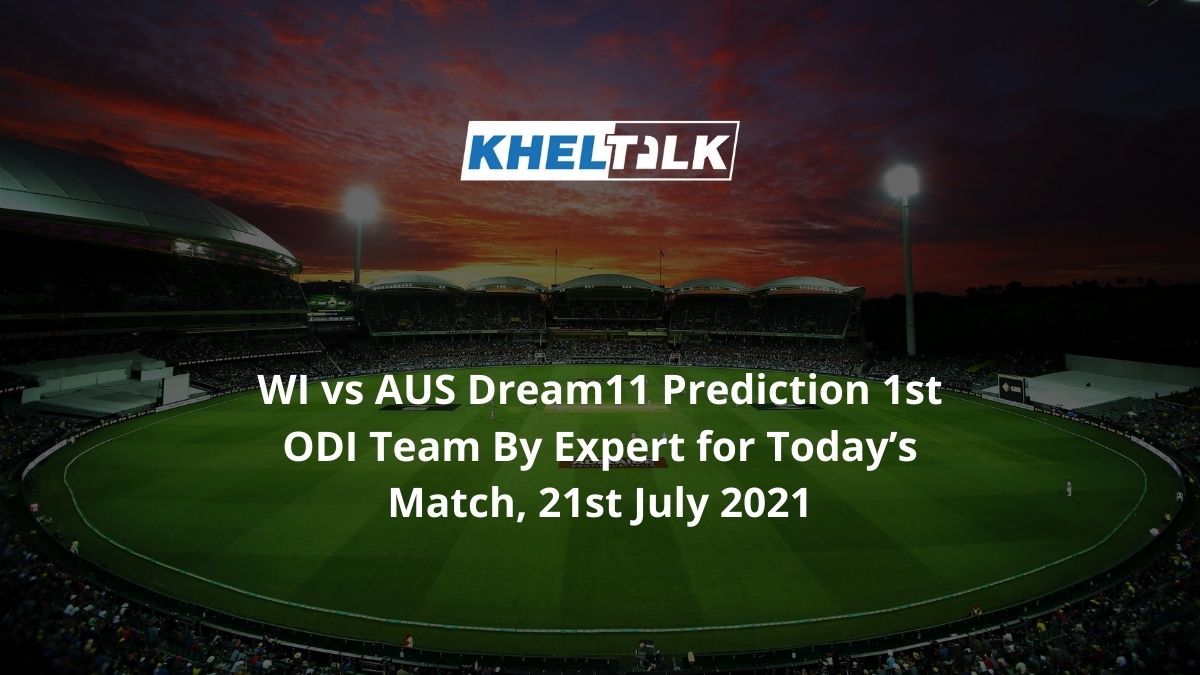 Australians will now head towards the ODI series after losing the T20 series by 1-4 against West Indis. Well, Australia would be hoping to see some change in fortunes in the ODI series against the host at Barbados.
On the other hand, West Indies would be high on confidence and wouldn’t let the momentum slip from their hands. Although, some new faces have joined the squad for this format. West Indies would also be worried as they do not have a wonderful record against Aussies in this particular format.

Kensington Oval has a tough batting surface which means batsmen will be troubling here. Ball doesn’t come onto the bat properly. There is nothing much for the pacers at this venue and multiple variations will only help them out. The surface has been heaven for spinners.

There will be skies on July 21 which means a lit bit chance of rain during the game. Batsmen needs to take time as overcast conditions will help the bowlers. The team batting first look to score 300 runs to win this game.

Evin Lewis and Shai Hope will open the innings for West Indies, while the middle-order will be taken care of by Shimron Hetmyer, Roston Chase, and Nicholas Pooran. Lower down the order, they have the likes of Holder, Pollard, and Fabian Allen. The bowling attack in the lethal form with the likes of Sheldon Cottrell and Alzarri Joseph. Holders come with a lot of experience. Pollard and Allen are other options.

There are clouds around skipper Aaron Finch who suffered a knee injury. Mathew Wade will wear the captain band in place of Finch. Wade and Josh Phillippe will open the innings, followed by the most experienced batsmen in the middle order – M Marsh, and will hope to build a partnership with Alex Carey and Moises Henriques. Late hitting will be done by Daniel Christian and Ashton Turner. Mitchell Starc and Josh Hazlewood will be under a lot of pressure and they have to play a vital role in the game with the new ball. Jason Behrendorff and Adam Zampa are likely to trouble the batsmen will their twists and turns.

M Marsh looks in tremendous form for Australia. In five innings, he has hammered 219 runs with the highest score of 75 in the T20 series against West Indies. Marsh even has eight wickets to his name.

There will be a lot of expectations on M Starc in this series. Overall, Starc has 184 ODI wickets in 96 innings at an economy of 5.18.

N Pooran has been the most consistent batsman for West Indies lately. In 28 ODI innings, he has scored 982 runs at an average of 49.1 and holds a strike rate of 106.6.

K Pollard is the most experienced player in the team. He has scored 2564 runs in 106 ODI innings and has 54 wickets to his name at an economy of 5.71.

Cottell bagged five wickets in T20 innings and will be expected to deliver again in this format. In ODI, he has chipped 49 wickets in 35 games at an economy of 5.88.

Who Will Win Today Between WI vs AUS Dream11 Prediction, 1st ODI?

According to Kheltalk’s astrology WI vs AUS Dream11 match Prediction, WI will begin this contest as favorites. Australias are struggling with their form and injury to skippers would have shattered their confidence more. On the other hand, West Indies will come from the position of strength and home advantage.

According to Kheltalk’s WI vs AUS Dream11 toss prediction, WI are likely to bat first in this contest. The team winning the toss will opt to bat first as the pitch gets slower as the game progresses. Chasing has been difficult here.