West Indies and Australia will lock horns once again in the fifth and final T20I contest on Friday. West Indies have already won the series but Australia had bounced back to win the last game by just four runs. They will be keen to continue the winning run here.

West Indies had different players standing up for the team in different matches so far. Talking about the batters, Andre Russell smashed a half-century in the first contest while Shimron Hetmyer performed well in the second. Chris Gayle was the star performer in the third and helped the team to cross the line.

In the last match, it was Lendl Simmons. Though the team had ended on the losing side, Simmons did well to get back to the form. For Australia, Mitchell Marsh has been the lone warrior so far and the all-rounder is in good form at the moment.

Going by what we have seen so far, this is a batters’ ally, and there will be something for the spinners and the medium pacers. The pitch will get slower with time, but the batters can do well once they get settled in.

It is going to be a cloudy day on Friday at St Lucia. According to the forecast, the conditions will be overcast throughout and the temperature is likely to be around 27 degrees Celcius for the whole day. There is a 10 per cent chance for rain here.

West Indies will be missing out on Kieron Pollard once again. In fact, the team might go in with a different line-up as they have won the series already.

Mitchell Marsh will be the player to watch out for once again. The all-rounder has contributed well so far. Talking about the positives from the last match, the experienced players like Aaron Finch, Adam Zampa did well.

Mitchell Marsh is the top choice for the captain here. He has been consistent so far and is the leading run-scorer as well leading wicket-taker for Australia in the series. He was the player of the match in the last contest.

Aaron Finch showed a glimpse of form in the last contest. He batted well for his fifty there. Though he struggled initially, he picked up well to score 53 and complimented Marsh with the bat.

Evin Lewis opened the innings in the last match. The West Indian batter smashed 31 runs from just 14 deliveries before getting out. He will be keen to convert his starts to a big score here.

Hayden Walsh is a must-have pick in this contest. The West Indian bowler has been consistent with the ball and has picked up 11 wickets in the series so far.

Lendl Simmons played a blinder in the last contest. After multiple flops, the opener proved his worth by scoring 72 from just 48 deliveries. He is the one to watch out for here.

Andre Russell has been bowling well so far. He has picked up at least a wicket in every single match he had played so far here. He also has a half-century to his name.

Chris Gayle recently smashed a fifty and helped the team to seal the series. He, however, couldn’t do much in the last contest and will be keen to add more runs to the tally here.

Who Will Win Today Between WI vs AUS Dream11 Prediction, 4th T20I?

According to Kheltalk’s astrology WI vs AUS Dream11 match Prediction, WI will begin this contest as favorites. West Indies have already won the series and almost won the last game too. They are likely to end the series on a high.

According to Kheltalk’s WI vs AUS Dream11 toss prediction, Australia are likely to bowl first in this contest. Whoever wins the toss, will look to bowl first here as the condition doesn’t change much. 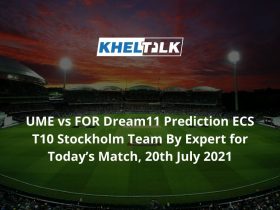 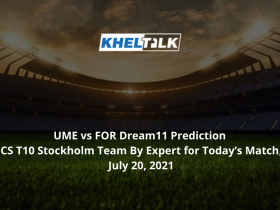 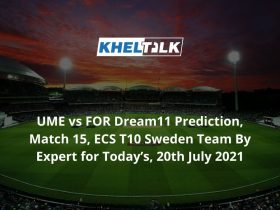 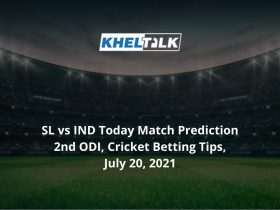