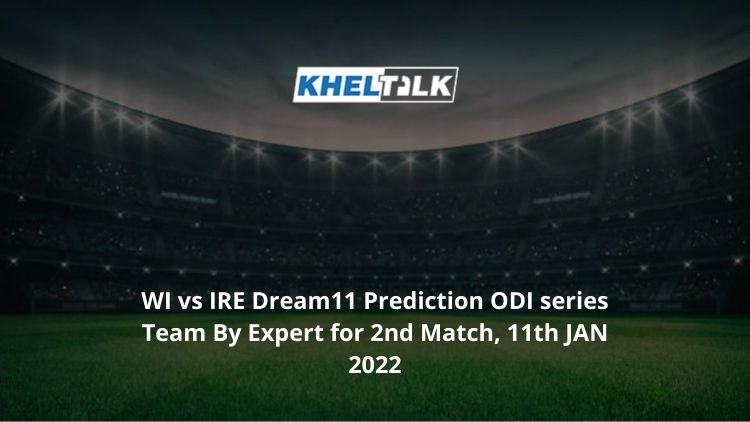 West Indies will host Ireland for the second match in this contest. Both teams will be keen to field their full strength playing eleven here as Ireland missed out on a couple of players due to COVID in the last contest.

West Indies proved too good for Ireland in the first ODI and had won the match by 24 runs. After being reduced to 62 for 4, West Indies bounced back to make 269 with the help of the partnership between Kieron Pollard and debutant Shamarh Brooks. Despite Andy Balbirnie’s half-century, the team fell 24 runs short of the total.

Going by what we have seen in the first match, one can expect the pacers to dominate the initial session but it then got better for the batters, as the first ODI witnessed more than 400 runs.

The team is likely to make multiple changes to their last line-up. Paul Stirling is likely to be back here while Andrew McBrine might miss this contest. There is no official report regarding Simi Singh’s availablity for the match. Simi Singh had tested positive right before the first ODI.

Shai Hope will look to convert his starts to big scores here. He had 29 runs from 44 deliveries in the last match while opening the innings for the team. He is a must-have pick here.

Shamarh Brooks was just too good in the last contest. After losing early wickets, the debutant did put up a huge fight to take the team to a fighting total. He had 93 from 89 deliveries and won the player of the match for the same.

Kieron Pollard needs no introduction. The skipper announced his comeback in style by playing a rescue knock in the middle. He had 69 runs from 66 deliveries with four fours to his name.

Jason Holder can contribute from both fronts and is a must-have pick here because of his experience. In the first match, he had 13 runs from 17 deliveries and ended up with 1 for 48.

Andy Balbirnie scored his back to back fifties against West Indies. He had 71 from 94 deliveries in the last contest while opening the innings for the team. He is the key here once again.

Paul Stirling needs no introduction at all. The experienced batter is likely to play this contest and is likely to perform big here. He is also handy with the ball.

Who Will Win Today Between WI vs IRE Dream11 Prediction, Today’s match?

According to Kheltalk’s astrology WI vs IRE  Dream11 match Prediction, West Indies will begin this contest as favorites once again. However, Ireland will be boosted by the return of Paul Stirling who could be the difference between the two teams here.

According to Kheltalk’s WI vs IRE Dream11 toss prediction, West Indies will win the toss and will look to bat first at this venue. The team has done well while batting in recent times.