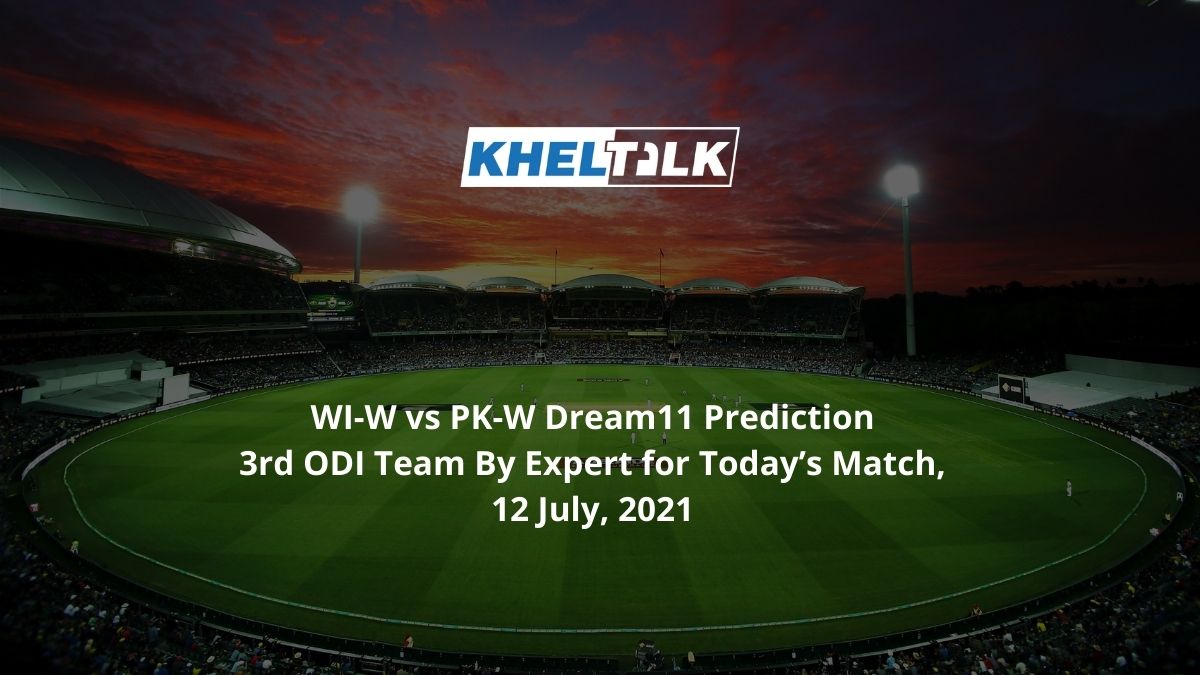 West Indies will host Pakistan once again in the ODI contest today. West Indies had outperformed the visitors in every way possible so far. First, they had won the three-match T20I series 3-0 and then they went on to win the first two ODI matches with ease. At the moment, the team leads the five-match series 2-0 and a win here will help them seal the ODI series as well.

Led well by Stafanie Taylor, West Indies do have their own set of troubles as they depend more on their captain. So far, none of the other batters had performed well here and it could be trouble going forward.

For Pakistan, their skipper Javeria Khan hasn’t performed well so far and has looked down and out in every single match so far. The team needs her to stand up here as this is a decisive match.

This has been an excellent batting surface so far and the chasing team has had the luck favouring them as well. It is unlikely to change in this contest as the teams would prefer batting second here. It will be interesting to see if the team goes in with more pacers as the pitch had supported them more.

The team has huge pool of talents but are currently figuring out the right combination here. The team, however, is capable of producing surprises today and they need their captain Javeria Khan to perform well. Aliya Riaz is yet another player to watch out for in this contest.

Stafanie Taylor once again will hold the key in the line-up. She is having an extra ordinary tournament so far and has done well in almost every single match here. Along with Taylor, the experienced Anisa Mohammed will have a huge role to play today.

Stafanie Taylor is undoubtedly the best choice for the captain in today’s contest. The veteran all-rounder is the leading run-scorer of the series and she also is among the wickets. One can expect her to score at least a half-century today.

Nida Dar has been the only player who had done well with the bat for Pakistan in this tour. In most of the matches, she was left alone, without any partners. Still, she had managed to score something and also had picked up wickets here.

Hayley Matthews has been inconsistent so far but has contributed something to the team. She has led the team to victories in multiple matches and is capable of rolling her arms for a few overs here.

Anisa Mohammed is the best choice among the bowlers here. She is the leading wicket-taker of the series and she has managed to grab at least a couple of wickets in every single match so far.

Deandra Dottin needs no introduction. The hard-hitting opener, however, is yet to score big in this series and will look to do well in this contest. She is likely to bowl a few overs today.

Chedean Nation will be looking to add more runs to the tally here. She has had starts in almost all the matches in the series but is yet to convert them to big scores.

Who Will Win Today Between WI-W vs PK-W Dream11 Prediction, 3rd ODI?

According to Kheltalk’s astrology WI-W vs PK-W Dream11 match Prediction, West Indies will begin this contest as favorites once again. The team has outplayed the visitors in all formats so far and is likely to do it once more here. Pakistan, on the other hand, needs special innings for someone to keep them in the hunt.

According to Kheltalk’s WI-W vs PK-W Dream11 toss prediction, Pakistan is likely to bowl first. Both teams will look to bowl first today because of the climate and most of the matches in recent times went to the team batting second.