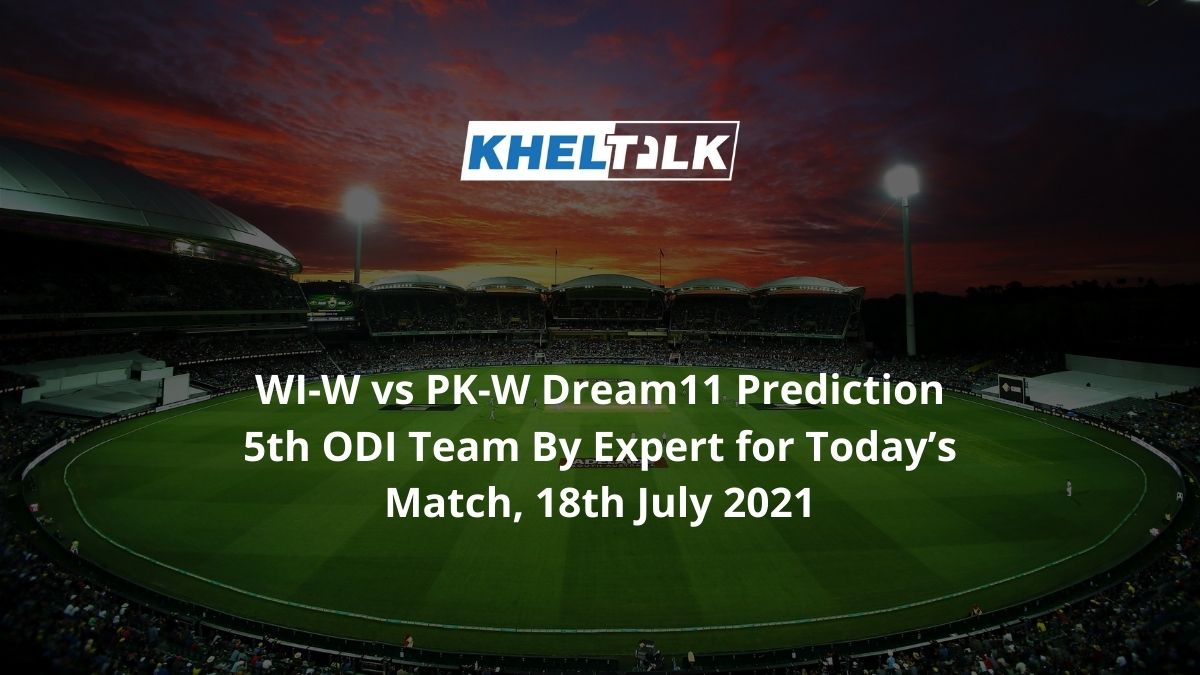 West Indies will host Pakistan women for the final ODI in Antigua on Sunday. West Indies have already won both T20I and ODI series, but Pakistan had bounced back to win the last ODI and will look to continue the good form in this contest.

Pakistan had a couple of major changes in the bowling department and that worked like a gem for them. Fatima Sana, who has been impressing with her line and length right from the beginning of the series was the turning point of the match as she ended up picking four wickets here. She was well supported by Nashra Sandhu who was playing her first match in a long time.

For West Indies, the team had their skipper performing well once again, and they also had Kyshona Knight getting back to form here.

The Antigua is usually a batters’ ally and there will be something for the spinners. Unlike the last match, one can expect both teams to go in with more spinners.

The temperature will be around 30 degrees Celcius, and there is no chance for the rain to take over here. The day will be sunny as usual and most teams will look to bat first in this venue.

Pakistan did well in the last contest, and they are unlikely to make any changes to the line-up as they would love to end the series on a high here.

Since the team has already won the series, they might look to bring in a few players from their ‘A’ team to give them the necessary exposure. It will be interesting to see if they go ahead with Stafanie Taylor as the skipper was rested for a match in the series already.

Stafanie Taylor played in the last match after missing out on the 3rd ODI. If she plays here, she is the top pick for the captain with no doubt. Even in the last match, she had a brilliant fifty.

Chedean Nation has had starts in all the matches so far but has found it difficult to convert them to a big score. She might go all-in here and one can expect her to come good here.

Hayley Matthews is in good form at the moment and has done well with both bat and ball in this series. She recently scored a ton too and has picked up six wickets in her last three outings.

Omaima Sohail was the star performer for Pakistan in the last match. She scored 62 in the third ODI and followed it up with 61 in the fourth where she helped Pakistan to win their first-ever match in this tour.

Anisa Mohammad is the leading wicket-taker in this series and she is likely to pick at least a couple of wickets here. She so far has picked up ten wickets in this series.

Muneeba Ali showed a glimpse of form in the last few contests but she couldn’t convert them to big scores. The wicket-keeper batter will be keen to add more runs to the tally here.

Nida Dar is undoubtedly the best choice for captain of the Pakistan team. The all-rounder has contributed from both fronts and is likely to play the finisher role in this contest.

Who Will Win Today Between WI-W vs PK-W Dream11 Prediction, 5th ODI?

According to Kheltalk’s astrology WI-W vs PK-W Dream11 match Prediction, West Indies will begin this contest as favorites once again. They have dominated the series so far and is likely to bounce back to win the match here. For Pakistan, they will be playing for their pride in this contest.

According to Kheltalk’s WI-W vs PK-W Dream11 toss prediction, Pakistan are likely to bat first here. Both teams will be keen to bat first in this contest and it will be interesting to see how they do here. 210 will be the par score at this venue.