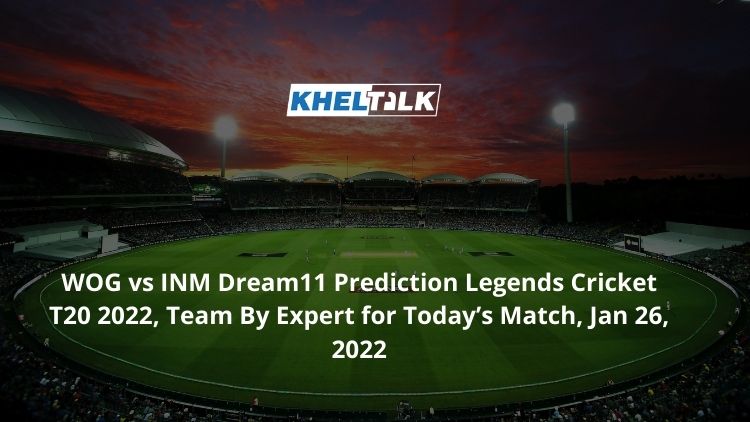 India Maharaja started their campaign with a win against Asia Lions but unfortunately suffered a defeat against World Giants in the second game, followed by another defeat against Maharaja by 36 runs. On the other hand, World Giants lost their opening game against Asia Lions but thrashed the same opponent in their second game by three wickets. Now, India Maharaja will be eager to avenge their defeat and get back on track.

The surface at the Al Amerat Cricket Ground is batting friendly and is likely to assist the batter once again. Pacers will have some fun in the latter half of the game, whereas spinners have always been impactful in the middle overs.

The temperature is expected to be around 24°C with 67 % humidity and 16 km/hr wind speed. There are no chances of rain during the game.

World Giants will step up without making changes to their playing 11 after thrashing a similar opponent in their previous game while chasing down 209 runs on the board. Pieterson and Tahir made a valuable contribution with the bat and chased down the target with three wickets in hand.

India Maharaja lost their previous game against the Lions while chasing down 193 runs on the board. Top-order failed to make an impact and regular wickets restricted them for mere 157 runs. They need some changes in the top order. V Sehwag is likely to come back for this game.

K O’Brien has been the most consistent batter for WorldGinats. Brien has scored 104 runs in two innings and is likely to make an impact once again. K Pieterson played an exceptional inning in the last game against Maharaja and give the desired start.

Stuart Binny and M Gony have bowled well for Maharajas. Binny has bagged four wickets in three innings, while Gony has picked four wickets bowling one less over than Binny.

M Morkel has chipped three wickets in two innings and is likely to keep the momentum alive for the rest of the tournament.

Who Will Win Today Between WOG vs INM Dream11 Prediction, today Match?

According to Kheltalk’s astrology WOG vs INM Dream11 match Prediction, WOG will begin this contest as favorites. Both sides have quality players but Giants is likely to dominate the game once again. They will not give them many chances to avenge their last defeat.

According to Kheltalk’s WOG vs INM Dream11 toss prediction, WOG will win the toss and they are likely to bowl first in this contest. Chasing looks easier for World Giants.