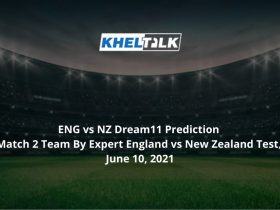 Welcome to YOR vs WAS Dream11 Prediction for Today’s Match Fantasy Cricket. Yorkshire will take on Birmingham Bears in Match 6 of the Vitality T20 Blast on Thursday, June 10, 2021, at the Leeds. Keep reading to find out about the Match 6 YOR vs WAS Dream11 team today.

Yorkshire had a forgettable tournament last year as they ended up winning only three out of their ten matches. They finished fifth in the North Group. However, this year, the team is boosted by the return of international stars in the name of Adil Rashid, Jonny Bairstow, Dawid Malan.

On the other hand, Birmingham Bears ended third in the Central Group last year. The team had five wins and four losses to their name. This year, they will begin the tournament as underdogs but they do have a quality line-up that is capable of springing surprises. In the last three contests between these two teams, Yorkshire have won two matches while one match was a tie.

YOR vs WAS Match Prediction

Apart from the usual players, the team will be glad to have Dawid Malan, Jonny Bairstow and Adil Rashid back for this contest. With no doubts, all three players will dominate the match. Apart from them, Gary Ballance, David Willey will bring in the necessary experience to the line-up.

The team will begin the contest as underdogs here. However, the presence of players like Chris Woakes makes it difficult to ignore them. Among the domestic players, Adam Hose could prove vital in this contest.

Jonny Bairstow needs no introduction. The England keeper will be playing in this contest and thankfully, he is in good form at the moment. His last T20 stint came for Sunrisers in the IPL. This season, he has scored 248 runs from his 7 matches and has an average close to 42.

Dawid Malan is yet another international star who will feature in today’s game. In his last county match, Malan smashed 199 runs against Sussex. In the T20s, he has scored 6291 runs while striking at 128.25. In T20Is, he has 1003 runs from his 24 innings.

David Willey can be backed for his quick cameos here apart from his bowling. In his last first-class match, he looked good, grabbed five wickets. He is also a decent batter in T20s, has scored 2722 runs with a strike rate close to 140. He has picked up 180 wickets.

Carlos Brathwaite is likely to play in this game and if he does, he is likely to dominate with the ball. In the last four practice T20 matches, he had 10 wickets to his name with a couple of four-wicket hauls. He also smashed 116 runs from just 54 deliveries.

YOR vs WAS- Top picks by experts

Lockie Ferguson will be leading the bowling attack of Yorkshire here. We can expect at least a couple of wickets from the New Zealand speedster.

Adil Rashid could be the difference between both teams today. Rashid has managed to pick up 205 runs in his T20 matches. He so far has an economy rate of 7.44.

Head to Head Dream11 Team Prediction YOR vs WAS

Who Will Win Today Between YOR vs WAS Dream11 Prediction, Match 6?

According to Kheltalk’s astrology YOR vs WAS Dream11 match Prediction, Yorkshire will begin this contest as favourites, thanks to the presence of a lot of international players who can win matches for the team single-handedly.

YOR vs WAS Toss Prediction today

According to Kheltalk’s YOR vs WAS Dream11 toss prediction, Yorkshire will win the toss and are likely to bowl first in this contest. Since this is batters’ ally, the pitch doesn’t change much for the second half of the game and anything below 180 is easily chasable here.