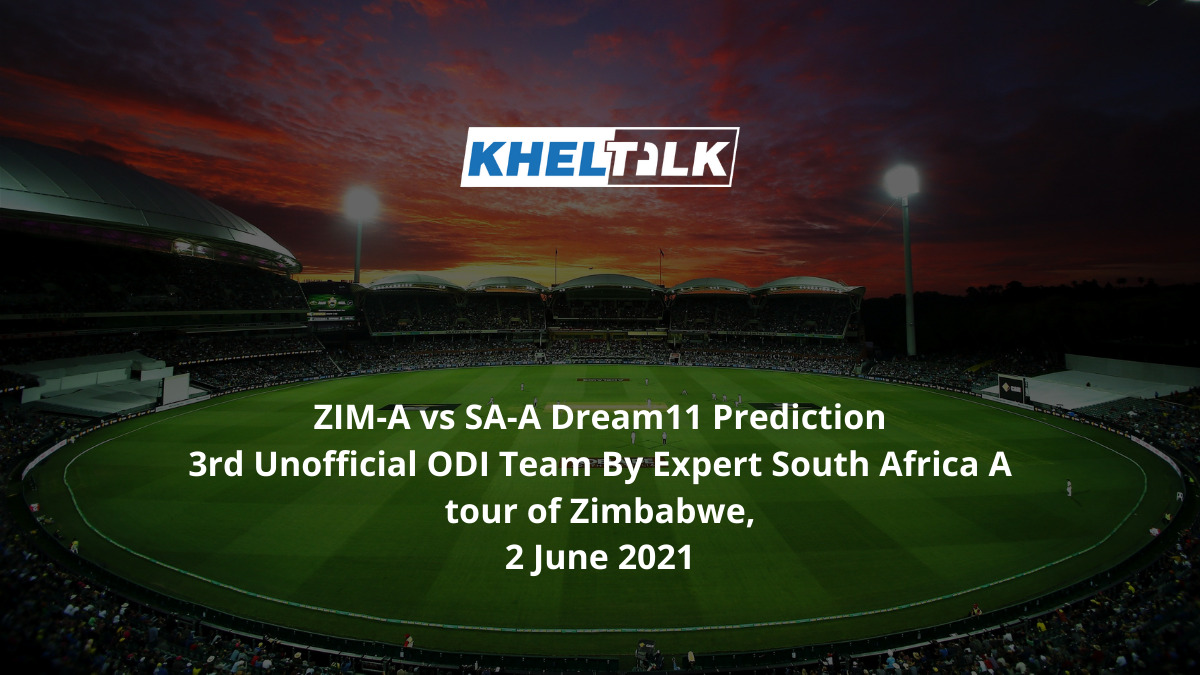 After losing first two ODIs against South Africa A, Zimbabwe A would step up with prepared plan so that they can draw the series by winnings the last two ODIs of the series.

Well, team Zimbabwe were quite convincing and praised in the first ODI when they smashed past 300 runs mark on the scoreboard. However, in the second ODI, South African thrashed them down with a huge margin of 184 runs while chasing down 365 runs on the score board.

The surface is excellent to bat on where batsmen can score huge runs easily. The same was seen in both the games and the surface is likely not to change its behavior.

A sunny day is expected on the matchday with great air quality and humidity of around 62%. No rain intrupption.

Zimbabwe A faced a humiliating defeat in the previous game. No batsmen took the advantage of the conditions and threw away just 35 overs. There can be few changes in their batting order. Bowling hasn’t been economical for Zimbabwe and that’s one reason for both the losses.

South Africa A would not tinker with their winning combination as they will be first focusing on how to seal the series. Both batting and bowling units have performed tremendously and with this form, they have already killed all the chances of opposition to get back in the game.

R Rickelton didn’t perform well in the first game but now his comeback has become the talk of the town. He smashed 169 runs in the last game including 15 fours and three sixes. So far, he has 173 runs in two innings.

D Pretorius and S Muthusamy have bagged five wickets each in just two games and have even kept their economy under 5. Don’t miss them out as they would surely help you earn points.

T de Bruyn is another liable option who hammered a ton in the first ODI. He looks in formidable form and will not let his fans down.

D Myers has thrashed African bowlers in both the ODIs. In two innings, he has scored 166 runs in two innings for Zimbabwe with the highest score of 96.

T Mufudza is the highest wicket-taker for Zimbabwe in the last two games. He has five wickets to his name at an economy of 7.05.

Who Will Win Today Between ZIM-A vs SA-A Dream11 Prediction, Unofficial 3rd ODI?

According to Kheltalk’s astrology ZIM-A vs SA-A Dream11 match Prediction, SA-A will begin this contest as favorites. Both batsmen and bowlers are in outstanding form and now they would be eager to seal the series here. No room for mistakes for African.

According to Kheltalk’s ZIM-A vs SA-A Dream11 toss prediction, SA-A is likely to bat first here. The team batting first has won more games at this venue.