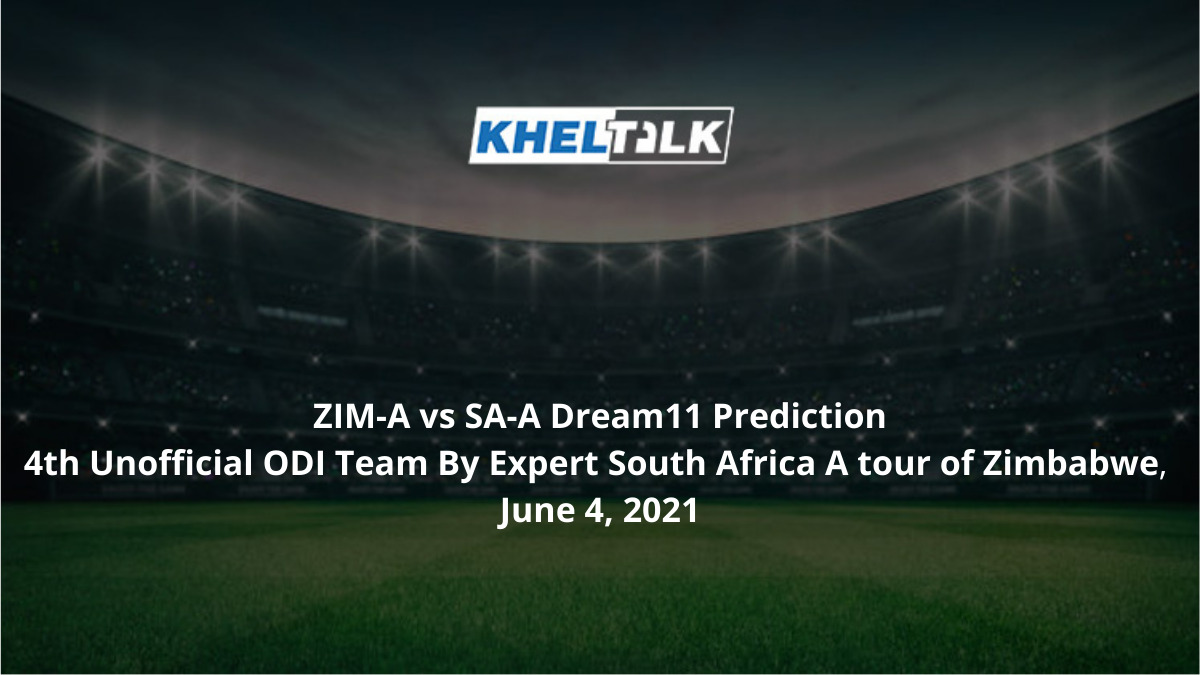 Zimbabwe will once again host South Africa A for their fourth and final One-day match on Friday. The visitors currently lead the series by 2-1. They ended up winning the first two contest but the hosts had found a way to come back in the last match, which makes the series more interesting.

In the 3rd One-Day match, the hosts went on to chase down 170 with ease in their 37 overs. The team went on to win by six wickets, making the series very interesting. A win in this contest will end the series in a draw, if not, South Africa A will win the series.

The pitch is a batters’ ally where one can expect the team to bat second. In the first two matches, South Africa has managed to score more than 300 runs. Zimbabwe, on the other hand, scored over 300 in the first match but fell for just 181 in the 2nd.

After a couple of poor conditions, Harare will finally see the sun on Friday. The climate is likely to be sunny for the most part of the day and the temperature will be around 20 degrees Celcius during the daytime and during the match time, it is likely to be around 19 degrees.

This is an important match for the team and is the final One-day match against South Africa A. In the last match, Chamu Chibhabha helped the team to pull off the win and they will be hoping that he will come good in this contest as well.

The team is the strongest on papers. They have won the first two matches with ease and a win here will help them to seal the series. Ryan Rickelton was the star performer in the last match while others failed badly there. He is the player to watch out for here as well.

Rickelton is the best choice for the captain here. He is the current leading run-scorer of the series, has managed 184 runs from his three innings while striking at 103.36. He will be contributing with his gloves too.

Reeza Hendricks averages close to 41 in this series at the moment. He so far has made 121 runs and has a couple of fifties in this series so far. He also can roll his arms for a couple of overs here and has managed to grab a wicket here.

While Pretorius didn’t get much chance to bat in this series so far, he has done well to grab our attention by bowling well. He so far has picked up five wickets while giving away just 4.20 runs per over. He is the 2nd leading wicket-taker of the series.

Myers has been the stand-out performer for Zimbabwe in this series. He is also the popular choice for captain here from the Zimbabwe team. He is the leading run-scorer for the team and has managed to score 170 runs. He also has managed to pick up four wickets here.

ZIM A vs SA A- Top Picks by Experts

Sipamla will lead the bowling attack of South Africa here. He is in good form and is the leading wicket-taker of the series with six wickets to his name.

A lot depends on Chibhabha here. He was their best performer in the last match and averages close to 62 in this series so far. From his 3 innings, he has managed to gather 122 runs with the best score of 85*.

Who Will Win Today Between ZIM-A vs SA-A Dream11 Prediction, Unofficial 4th ODI?

According to Kheltalk’s astrology ZIM-A vs SA-A Dream11 match Prediction, South Africa A will begin this contest as favourites. Though the team had lost their previous match, they are likely to do well here and one can expect them to dominate the hosts with ease.

According to Kheltalk’s ZIM-A vs SA-A Dream11 toss prediction, Zimbabwe A are likely to win the toss and opt to bowl first here. Whoever wins the toss, they are likely to bat second here because of the climate.