ENG vs NZ 1st Test Live Streaming: When And Where To Watch, TV Channel List, and Timings 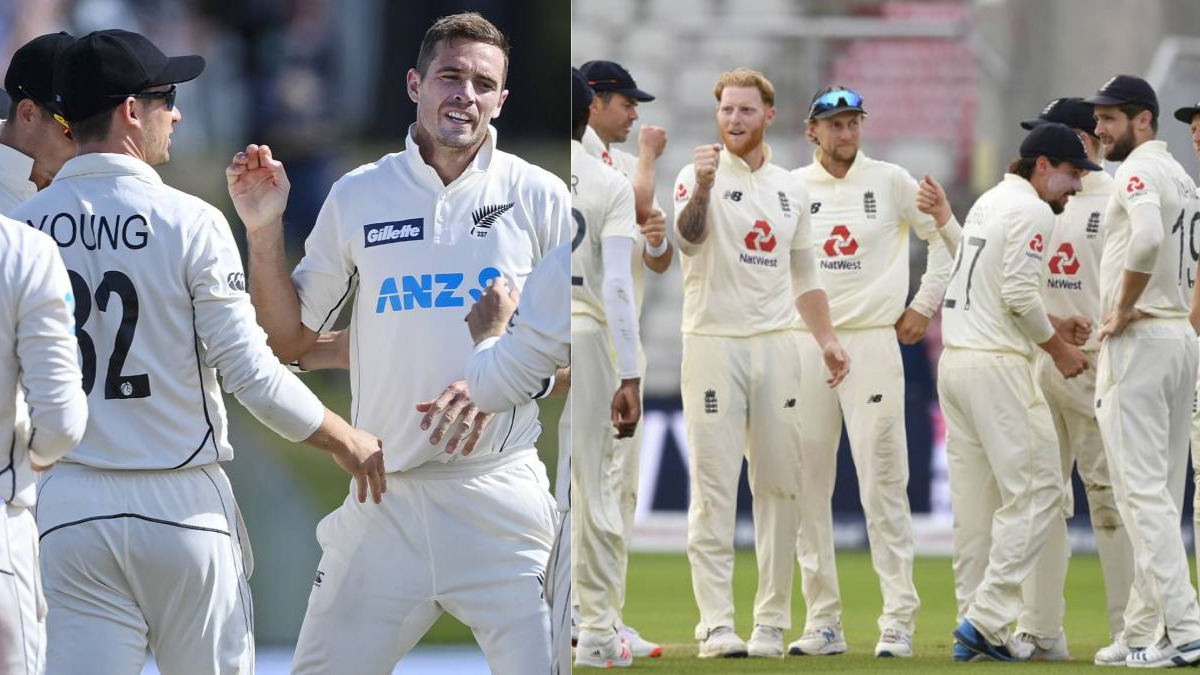 England Vs New Zealand Test series starts from tomorrow. England will host New Zealand for a two-match Test series. They will play these two matches at two different venues in England. The first Test between these nations begins tomorrow at the Home of Cricket, Lords. This test series will be a perfect warm-up for Williamson and his boys for the World Test Championship Final against India, starting from 18th June 2021 at Southampton. The fans eagerly want to know where they can watch the match easily.

England won three back-to-back Test matches in the sub continent. Root and his men defeated Sri Lanka by a margin of 2-0 when England toured the island nation earlier this year, and they also won the first Test of the four-match test series against India at Chennai by 227 runs. But later on, India bounced back well to win that series by 3-1. This test series against The Kiwis will allow the hosts, England, to get back into the winning ways as they will also be facing India in the five-match Test series, which starts from 4th August 2021 at Trent Bridge.

The Kiwis had a perfect test assignment against Pakistan before they reached England. New Zealand had a resounding win over the men in green. In December 2020, New Zealand won the first test match by 101 runs and the second Test match by an innings and 176 runs. In that too, New Zealand also faced West Indies and won both the Test matches quite comfortably.

This series will give New Zealand the best chance to get used to the England climate and conditions before the all-important World Test Championship Final. New Zealand could be the favorites because of their winning form. The Kiwis have won four out of four Test matches before this one.

New Zealand will bank on their batsmen like Skipper Williamson, Taylor, Blundell, Latham and Watling, who will retire from the Test cricket after the WTC final. The Black Caps have also rested Trent Boult for the first test match, and because of that, Tim Southee will be the lead pace bowler for New Zealand.

It would also be interesting to see how Kyle Jamieson bowls on his first-ever England tour. But still, The Kiwi have the likes of Wagner, Bracewell and Matt Henry as their pace bowlers for the first Test match. This New Zealand side looks quite balanced, and they can pose a significant challenge for England and India in the upcoming games.

England are the favorites to win any series at home, and that too against any opposition. So playing a home series against New Zealand will not be a very tough task for Joe Root and his men. But lately, the form of England has dipped from bad to worse. The top order was concerned when England lost the Test series against India.

But now they are in their fortress, and they are very familiar with the venue, pitch, climate and playing conditions. So we expect that the top three would come good against a lethal bowling attack of New Zealand. Rory Burns, Zak Crawley and Dan Lawerence will have to come good at home conditions.

If the top three fires, then England’s captain Joe Root can play with ease. Otherwise, there is always pressure on the number four batsman of the England Cricket team. Root was magnificent in the first three matches, which were played on Asian soil. But now he needs to fire because the middle order looks weak in the absence of Stokes, Buttler and Bairstow.

The other non-familiar players like Sam Billings, Haseeb Hameed and Willie Pope should stand up and deliver in the absence of the three vital stars of the England team. The bowling will not have many problems because England can play two of the best pace bowlers together in the absence of Jofra Archer.

James Anderson and Stuart Board can play both the matches together after a long time. England can also pick Mark Wood and Olly Stone as the pace bowlers and Leach as the lead spinner for the first test match against The Kiwis.

Now, let’s have a look on the ENG vs NZ 1st Test. live streaming, channel list details where fans can easily watch

Where we can watch of ENG vs NZ 1st Test Live Streaming?

We can watch the first test match between Eng Vs NZ through the live streaming service. The fans this match free on SonyLIV, Live Cricket TV, and Live Ten Sports Mobile App.

The Toss between England and New Zealand will take place at 3 PM according to the Indian Standard Time.

Which Channels will broadcast ENG vs NZ 1st Test match. At what time 1st Test will start?

The Test series between England New Zealand will be telecasted on the Sony Six Networks from 3.30 PM IST onwards.

Where will be the ENG vs NZ 1st Test is scheduled to be played?

The first test match will be played at Lords Cricket Ground.