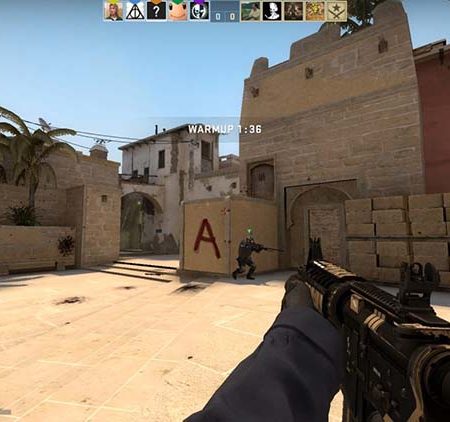 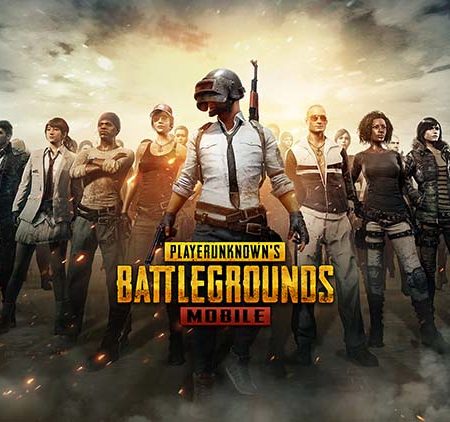 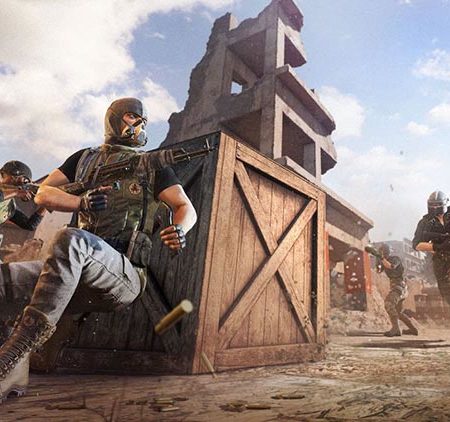 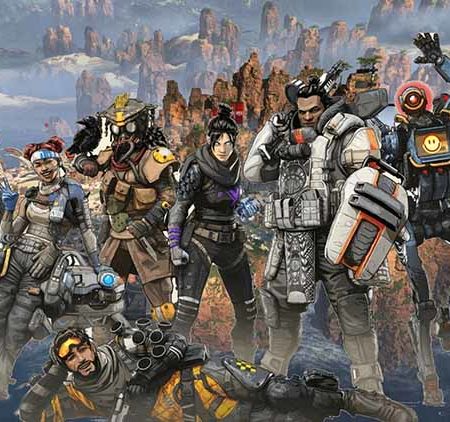 Esports India
May 14, 2020 0 104
Apex Legends: How long do you have to pick your character before the timer passes onto the next player?
EA (Electronic Arts) has been one of the best video game publishers over the years. You must have ...
Read more » 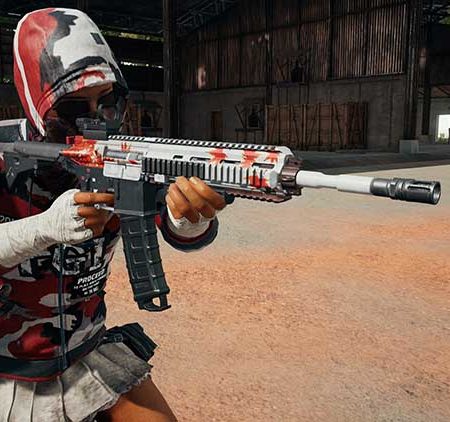 Esports India
May 13, 2020 0 118
2020 Guide for Best Assault rifle in PUBG | Find the Best AR in Pubg
Have you played PUBG Mobile, India’s most-loved game that changed the gaming ecosystem? If yes, then you must ...
Read more » 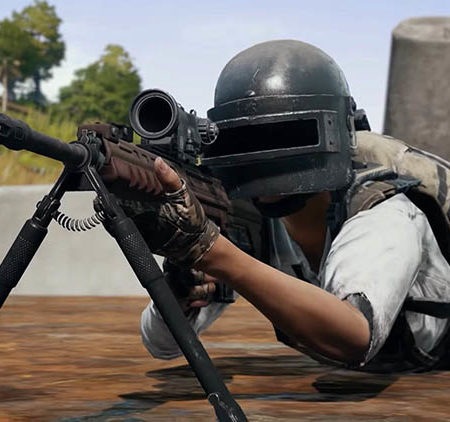 Esports India
May 6, 2020 0 105
Top 40 PUBG Mobile Tips & Tricks to Get that Delicious Chicken Dinner!
Ever since its launch for mobile devices in 2018, PUBG Mobile has emerged as the center stage of ...
Read more » 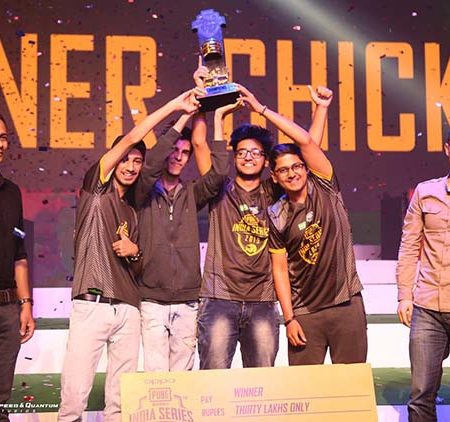 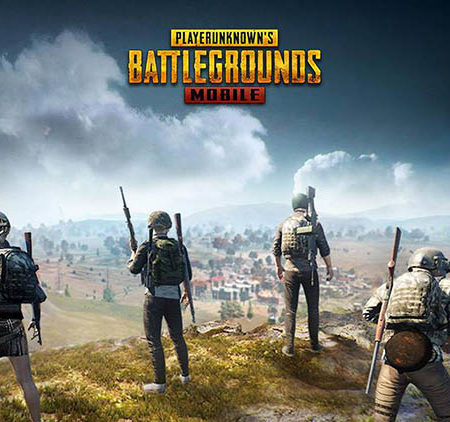 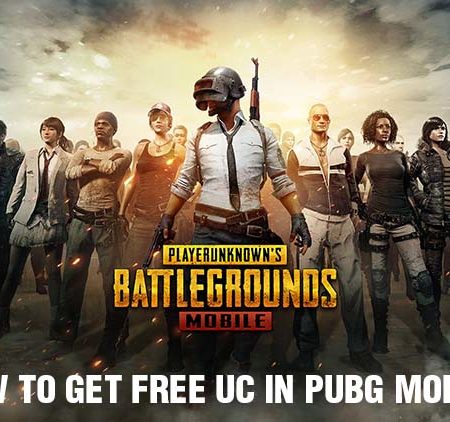 India has emerged as a potential eSports market over the years, owing to its large population and millions of gamers. The market is brimming with potential, and the latent of eSports India is for everyone to see.

There was a time when not everyone was willing to invest in the massive Indian esports market. Even to this date, the concept of online gaming looks like a wastage of time by parents of kinds investing too much time on it.

Can you sacrifice you’re well-paying job in an MNC and instead follow your passion for becoming a professional gamer? Will your family and friends in India ever support you in this venture?

On the future of esports in India, questions like these are what was sought at many panel discussions. Intel, the Chip Maker, moderated the Panel, an expert at eSports. It also featured Akshat Rathee of Nodwin, Leon Yu of Asus, and Prakash Mallya of Intel.

The eSports India interest is growing

The most vital point of discussion at the event was that gaming and eSports are not the same things. Gaming is considered a leisure activity and entertainment. You can enjoy PUBG and other games on your mobile phone. On the other hand, eSports is not what you do that. It includes investing many hours in a day to practice tricks and figure out the most favorable attack vectors.

‘eSports is all about your skill – if you stop playing, you will lose the edge. Pro gaming is considered even more interesting than Cricket. You can go through a proof to know more – an average South Korean player of StarCraft II averages 400 actions per minute (APM) considering keypresses and mouse clicks alone. It does not include the number of times that a player sees looking at the map, talks to Teammates and moving the mouse.’ Rathee, the Nodwin’s founder was quipped as saying.

He is also of the opinion that there may not be more than 2000-3000 people across the globe doing that. A player is able to touch 50, but it is Pro players who operate in a different league and need to do that if they need to be on the top of their games.

If India has to be serious about e-sports penetration, it would need investment and academics and policy updation.

Asus, the PC, and peripheral maker, who has a long-standing history of supporting eSports is already supporting a full-fledged sponsored indian esports Team. That’s what Leon Yu, the Regional Director, Asus India says.

By sponsoring eSports fully, Yu wants to state that the brand is now paying Salaries to gamers, compensating their travel for foreign Tournaments. It also includes convincing the parents of such gamers that Pro Gaming is now a lucrative career option and handling training and more.

The Head of the eSports for Reliance Jio, Anurag Khurana, says that the Indian ecosystem has not been supportive in India for eSports yet. Adarsh Menon, the VP of Flipkart, also points out that parents may allow their kids to play games, but not let them choose it as a career option. He believes that parents’ this attitude needs to be changed, and it is what is keeping gaming in India from becoming big.

Putting things in perspective, Kabaddi, an established sport, has 200 professional players, then Indian esports is said to be having around 46 such players.

Prakash Mallya, the MD of Intel, suggested that all these points that are put so far can be solved. He also believes that creating an ecosystem from the beginning is not a funny game – but yes, it is required.

The esports in India is already going through a rapid change, and 3-4 years ago, it was an alien concept. Events’ sponsorships were conditional on sales, and it has changed it for good. The discussions are now on deviated to footfalls, influencer marketing, and positioning.

Mallya can also see that youngsters are now aspiring for a better gaming experience – and he sees that may take eSports to become a profession from being a game.

Rathee also sees that gamers are no more someone who is always locked in his room – kids are no nerdier, and they play games and still be cool at other things in life.

The next thing that is of prime importance is the acceptance of eSports by the Indian Government as a sport. This way, it can be taken more seriously. The panelists believed in the idea of involving the Government. But there are politics involved in it if you ask something from the Government.

Regulation is what is needed, but that would need to be well-formulated while keeping the interests of gamers intact. If eSports in India is recognized, pro gamers can even apply under the sports quota. In sports-friendly Nations like Korea, compulsory needs for conscription are relaxed for professionals.

Mallya is also of the opinion that the threshold of the skill also needs to be well defined for eSports. It will be something that will keep aside a casual gamer from a Pro gamer. And that’s what is needed to kick off the ecosystem journey.

The one vital fact that was brought to the core in the discussion of the Panelists was that India is so huge that you can’t speculate what amazing potential it may have. India is a large country with cities with a huge population. Even if you are able to do well in some cities, then you will end up having a decently large audience.

Germany is said to boast of 37 million gamers, and by 2020, India is believed to have 628 gamers. Just let that figure to sink in for a moment and even if you are able to acquire 5-10% of the market, you will end up having a fairly large number of gamers.

eSports and gaming in India are pegged to grow at 2-5x in the next few years. The numbers may still be behind China, but it does denote exceptional potential still.

With gaming also comes toxicity and harassment. In the Western world, it is considered part and parcel of the gaming arena. What’s more, if you happen to be a female gamer, you also have to deal with a sea of sexually explicit messages, threats and a lot more. It is more of considered a male bastion, and you may not be allowed into it.

And it does not end with female gamers at all – toxicity is something that is so evident in multiplayer games. Toxic content may include whining, cuss words, abuses, cussing. doxxing, and racial and ethnic and regional slurs and more. Overall, gaming may not be an out and out a pleasant environment.

India is a country that still leans at its religious extremism and social structures, and it can be a huge issue here. And it is what the Panelists point out – there is nothing much to change the behavior of a 16-year-old teenager but points to China for learning. China is one of the most saturated gaming markets and experiences less toxicity toward female gamers. It is because around 57% of the gamers in China is said to be women. Thus, for gaming to be big in India, we need to look east for inspiration and not west.

The Indian esports scene is no longer is a primitive stage. Events such as ESL One by Intel and CBOX Masters have surely gained major traction over the past few years. OTT services and TV channels are already looking to make the most of this moolah. With YouTube Gaming being huge in India and Indians being its most active members, the eSports India may see a huge rise in years to come.