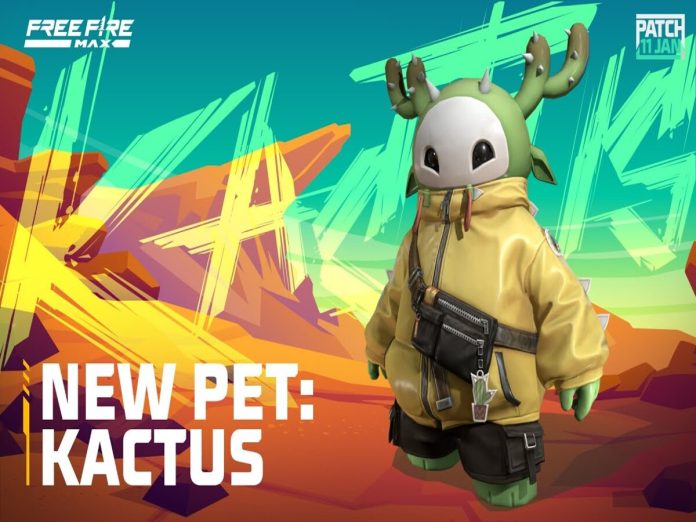 Free Fire has been slowly releasing the new features of their upcoming update that will reach the game on January 11, 2023. Today, Garena Free Fire MAX has revealed a new pet Kactus and a new character Santino.

Kactus is a brand-new pet with the EP-restoration ability called Self-sufficient. In essence, the user earns 10 EP points after remaining still for eight seconds. The impact of this skill will end when 100 EP has been recovered or if players move. After the Pet reaches its maximum level, the time it takes for the skill to refill 10 EP points is lowered from eight to six seconds.

The new character in Free Fire MAX patch update will be Santino. The character is equipped with the Shape Splitter ability, which takes five seconds to deploy a decoy. You may also teleport there, giving you an advantage over your rivals.