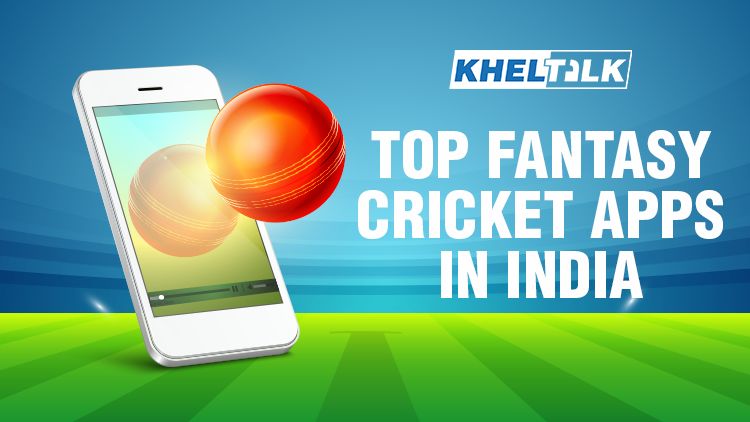 Yes, if you are a cricket buff, then earning money from Fantasy Cricket is what may be discussed between friends. You may also observe diverse people talking about the same in the college canteen, lunch break at offices and more.

Hence, this article is about the topic that the world is discussing – Fantasy Cricket as IPL 2019 – KhushiyonKaTyohar is here. It can make you super-rich by its sign up and referral and earn programs. We are going to enlist the leading Fantasy Cricket Apps in India. Read on!

What is the Fantasy Cricket?

Fantasy Cricket is an online game where it is possible to build your own virtual team but of real cricketers and score points. It depends on how your selected players perform in real-life matches. If you want to win a tournament, it becomes a must to work towards acquiring maximum points and numero uno slot on the leader board such as IPL 2019 Fantasy League and ICC IPL Fantasy League and more.

A Fantasy Cricket match is dependent on bowling and batting orders – the most debated aspect of the cricketing strategy. Any change – small or big can bring about a change in the course of the game. The theme is that you need to select a team of 11 players from the pool of team members that are scheduled to participate in a game.

There are no budget caps that are applicable on the player selection – it is not restricted to a certain number of an all-rounder, batsmen, and bowlers. You can use the different genre of players in a fantasy team. The purpose of a Fantasy Cricket Match is to outscore the opponent by a margin as big as possible. As is the format of a cricket match, you can play Fantasy Cricket matches in One-day international, Twenty20 and Test Cricket.

By playing the Fantasy Cricket, you can build a virtual team of 11 players from both sides. It is possible to win real cash by playing the same. Your team should include one Wicket keeper, 3-5 batsmen, 3-5 bowlers, 1-3 all rounder, a Captain and a Vice-Captain. Once done, you can now enter with the dream team that is ready with you in available leagues that are looking to join.

Once the matches end, your rank gets decided. It is based on the points scored by your selected pool of players and other player’s performance in the league. Now, the real cash would get distributed as per the prize list of the league that you participate. Generally, it may take about 24-48 hours for the winning amount to get credited into your bank account.

What is the legality of Fantasy Cricket in India?

In India, people consider some words such as gambling, wagering, and betting as illegal. However, you may be amazed that many fantasy apps are completely authentic and legal to play.

Fantasy Cricket is not considered as gambling or being illegal as it is played with lots of skills and like other games such as Horse Riding. People participating in the Fantasy Cricket for cash is at the centerpiece of three leading diverse industry such as Gaming, Cricket and Internet.

Thus, it would be right to enlist all legal and amazing Fantasy Cricket apps and websites so that it becomes easier for you to start making money during this year’s IPL season.

However, before we move towards that list of Fantasy Cricket apps, it would be also apt to tell you about IPL and its format. Continue exploring!

The Indian Premier League (IPL) is world’s most renowned professional Twenty20 league staged in India during April-May each year. They are done by teams representing Indian cities. IPL has attained huge fame ever since it was incepted and it is the most-attended cricket league all across. In 2014, IPL was ranked 6th by average attendance among multiple leagues in the world.

As things stand, with 8 teams, each meets each other twice in a home and away round-robin format during the league stage. Once the league phase concludes, the top four teams qualify for the playoffs.

The top two teams from the league phase play against each other in the first match. It is known as the Qualifier 1. It is because the winning team goes directly into the final. On the other hand, the losing team, in this encounter, gets another chance by playing the Qualifier 2.

Which is the top Fantasy Cricket app in India?

As promised earlier, here is the list of the leading Fantasy Cricket apps. You can choose any Fantasy Cricket App to enjoy playing the Fantasy Cricket league and earn real cash. You don’t need to worry about frauds and scams as we have taken out time to scrutinize each of these apps and then only created this extensive list. Have a look:

No prize for guessing the top-rated and the commonest of the Fantasy Cricket leagues in India – yes, the numero uno slot goes to Dream11. Dream11 attracts most traffic if we talk about all Fantasy Cricket leagues. After you sign up, the Dream11 app provides you with a sign up bonus of Rs.100 and an additional Rs.100 on referring a friend. You can also transfer the winning figure into your bank account after completing the KYC. Dream11 is endorsed by none other than the World Cup 2011 winning Captain Mahendra Singh Dhoni (MSD) and enjoys the pull from all like no other.

As the name suggests – Ballebaazi is all about cricket. Ballebaazi means batting and every kid born in the 90s is familiar with this word. Everyone remembers the Ballebazi (Batting) of Sachin Tendulkar, MSD, Sehwag, Virat, Gayle and many more stars. Ballebaazi is one the best Fantasy Cricket App available to fulfill your Daily Fantasy Sports Hunger. All you have to do is click on a Match and after that, it’ll show all the running competitions for that particular Match. Yuvraj Singh is the Brand Ambassador of Ballebaazi

MyTeam11 app is one of the best Fantasy Cricket app available in India. It also provides Rs.100 as the sign up amount and Rs.50 on referring to your friend. You are free to play this Fantasy Cricket app on both websites and apps. Once the amount of your win goes to Rs.200, you will then be in a position to withdraw the amount from your app account and transfer it into your bank account. Thus, you can get started to grabbing real cash by following the passion of cricket and playing this Fantasy Cricket league. Also, Virender Sehwag is the official Brand Ambassador for MyTeam11.

My11Cricle is an emerging Fantasy Cricket app that has come and hit the top 5 slots. It is an app that lets you play sports such as Cricket, Football and Kabaddi. Players need to create a team and join available pots to bring home some real cash. You can easily access many fantasy formats available in the app – start enjoying the league now!

Howzat knows the passion of cricket in India and translates the passion into real cash. This is a 100% authentic app, which has been designed to work as simple to use. You only need to create an account and use your cricket skills to build a winning team. This way, real cash will get transferred into your bank accounts.

PlayerzPot is another Fantasy Cricket app to play the league – you get Rs.30 on signing up for this app and 10% of the joining bonus of your friends. It is one of the best Fantasy Cricket that you can ever play to win sizzling and fast cash without indulge in betting.

FanFight is at one of the top spots that can help you earn real cash by playing Fantasy Cricket in a hassle-free and affordable way. You can grab instant Rs.100 bonus on signing up and an extra 100 when you make your friend use your referral code. The key difference between other popular apps and FanFight is – you have the liberty of making the restricted choice of 6 players.

We all love to make money by indulging in a smarter and fun way than hard work, right? That’s human nature – nothing to complain about it. You may get many pop-ups to download Fantasy Cricket apps on your smartphone 24/7. But, Mobile Premier League (MPL) is one of its kind apps that has come up legally and is even available on the Google Play Store. It is one of the most frequented Fantasy Cricket leagues available these days endorsed by the Indian Cricket Team’s Skipper Virat Kohli.

Halaplay is a Daily Fantasy Sports (DFS) podium that authorizes casual and serious enthusiasts of sports to play quick, simple and yet interesting games to win real cash. It also has the shortest version of Fantasy Sports. Here, creating a team, entering leagues and winning real cash prizes after every encounter is super possible. You also get a signup bonus of Rs.50, along with Rs.100 by referring your friends.

What’s Good on the HalaPlay?

What’s Bad on the HalaPlay?

11Wicket is one of the fastest-growing Fantasy Cricket apps available that is created for sports fans, where you can even play football leagues. 11Wickets App was founded in 2018, and its mission is to provide the users with fun become India’s one of the greatest sports podium. The sports platform is owned by Ability Games Pvt. Ltd. 11Wickets App is consistently on the move to improve its offerings – leading the way to become one of the renowned brands in a short time.

What’s Good on the 11 Wickets?