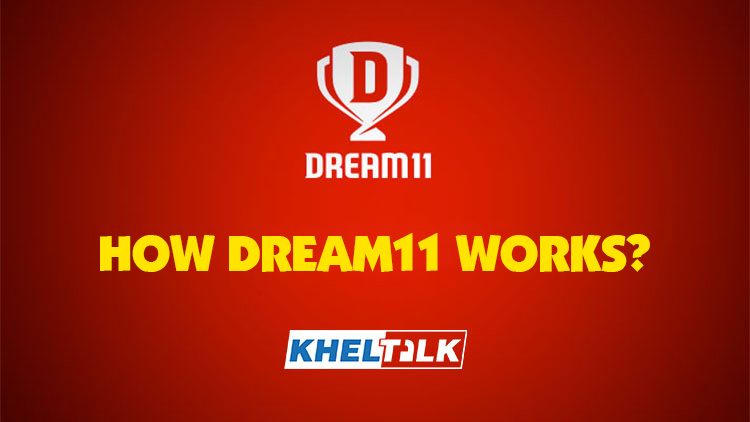 If you are a fantasy gaming enthusiast, then Dream11 is the perfect fantasy sports app that you could ever have! Dream11 is a fantasy sports app that allows players to predict the performance of a player in a real match, and thus allow them to strategize efficiently. This is a fantastic way to increase the odds of winning by looking for the best player who might put in the best performance in a real match.

Dream11 app is used by millions of subscribers around the world. However, only a few might know how the app works in real life. Some people might also be curious to develop their platform just like that of Dream11. The curiosity is also bolstered by the investors who operate how the application works, and thus bring it to its success. But the real question is ‘how Dream11 works in real life’?

The secret behind the success of the application might lie with the investors who are spending time developing the brand, rather than passively investing in another product. This is the foundation of intelligent acumen that is the amalgamation of a strong business model bolstered by the perfect developing environment.

The success behind Dream11 application lies with the developing team who work perseveringly to develop a quality app that millions of customers can enjoy. Success also is a result of the degree of independence that is provided to the app developing team when bringing in innovation in the market.

Innovation comes with creativity that is a major opportunity for the Dream11 team. Today we try to decipher whether the Dream11 developing team is really up to the game! The article also explains how Dream11 interacts competitively with its market-rivals – both monoliths as well as local players too. Dream11 has quickly become to be one of the leaders in the Indian fantasy sports gaming market. There is also an opportunity to learn how Dream11 earns money as well as How Dream11 Works.

Who is the founder of the Dream11 app – the man who decides how Dream11 works!

Harsh Jain and Bhavit are the co-founding brains behind the inception of this app. Sports aficionados since their childhood, Harsh and Bhavit had a firm belief that the sports fantasy gaming market had a huge opportunity in India – a haven for billions of cricket enthusiasts today!

The ideation was a result of IPL and EPL. Harsh was already aware of fantasy sports but was aghast that India did not pick up with the rest of the world in the same market. To his knowledge, he could not find any fantasy game in the Indian market.

A graduate of the University of Pennsylvania and a post-graduate of Columbia Business School, Harsh returned in India to set the pavement of the fantasy gaming market in the country. Although many of Harsh’s friends and family did not join-in in his voyage at first, his long-time friend Bhavit did recognize the potential of fantasy gaming in India and joined in with his friend as well. For the next 3 years, both of them tried and tested various formats and trends that are applicable in this field.

And so in 2012, the journey for both of them started as they began to provide their first freemium services. Soon enough, they started seeking out for potential investors for the company. But the real question is, how did investors see the potential of a non-existent category in fantasy gaming in India? The following excerpt tells you why.

Why did Kalari Capital invest in Dream11?

Kalari Capital is one of the highest stakeholders and investors in the company today. It is interesting to note how both the founders intrigued Kalari Capital in investing in their brand – something that most of our budding readers with entrepreneurial spirits might learn from!

Kalari Capital has a portfolio of investing more than 50 start-ups in India today. They recognized the potential of a budding market niche that led to invest in the Dream11 team as well.

The Dream11 Business Model – How does dream11 Work?

The journey behind the success of Dream11 is not smooth sailing. It involved a lot of court litigations and competing against local competitors as well. The legalization of fantasy sports in India is all because of the perseverance of the Dream11 team.

The business model of Dream11 is through incentivizing its services provided on the app platform. No form of advertising incentives (such as Google adverts) is involved in the company’s business model. However, they did start with Google Ad-Sense but gradually dropped it out in the end. Currently, about 10% of the customers using the Dream11 app are participating in the paid contests of the platform. This is quite commendable as it requires a lot of effort to convert free users to convert to paying customers.

Since its inception, Dream11 paved the first way for fantasy gaming in India. The three types of gaming methods available are:

More than 20% fee is collected for a grand or small league which remains fixed for any contest that the player plays in. Commissions are relatively lower in brands like Halaplay or MyTeam11, while some do not even charge any fee for private plays. So how does Dream11 still be able to captivate the interests of players in this competing market today?

The answer could lie in the fact that players are allowed to customize their contests when playing with friends and families. This experience justifies the commission fee charged and thus both sides can meet their demands as well.

The work culture and ethics practiced within the Dream11 team

It is highly commendable to note that the work culture at Dream11 is quite enriching for the working employees. The attrition rate is commendably low as the company retains about 80% of its employee every year. This is a very high value of employee retention rate which is at par with IT industries where employees usually work for an average of 3 years.

Along with customer loyalty, the success of Dream11 also lies in retaining employee loyalty as well. The founders built their work culture environment that could earn the loyalty of its employees as well. The reason behind this also lies in allowing independence for the employee. Every working employee had the opportunity to share their innovation with the team – something that earns the respect and trust of employees in any industry today.

If you are wondering how Dream11 works to bring in such a massive difference, then you would have to visit their office space. You can see the indoor and outdoor gaming spots that allow recreational opportunities to employees. This all-inclusive nature and work ethics of the company has been able to secure the loyalty of the employees.

The team also believes in social welfare and the betterment of society. Harsh and Bhavit believe in philanthropy and have also served their purpose in bringing in social good as well. However, the team isn’t behind in this social endeavor as well. The team cook food and distribute it among the needy. It’s the humanitarian work that bonds the employees and brings them closer together.

How a better Hosting has helped dream11 to work better & earn more money at the same time?

AWS is the hosting platform for Dream11. Its back-end is developed on a micro-services architecture that is built using highly scalable platforms such as Cassandra, MongoDB, Spark, and Kafka. These platforms are highly efficient and fast in their outcomes – something that customers would prefer in their services offered. This fast service on such highly efficient platforms has allowed a greater customer retention rate for Dream11. The application is not heavy on processing and is thus light on hardware processing as well. This is something that most customers prefer to have on their systems.

The file storage space required for Dream11 on one’s smartphone is relatively lower than most other fantasy gaming applications in the market today. Most other applications need double the storage space that is required of the Dream11 app. This is quite relevant to notice since customers prefer an application that doesn’t take too much storage on their devices. It is also beneficial for the company since it has to process the demands of millions of its users.  That’s why it was important for the company to design an application that required less space.

What were the challenges Dream11 faced?

The litany of challenges that Dream11 faced is enormous. Like said before, it wasn’t smooth sailing for the company. The first of the challenges that were involved was in finding investment. The company started with a few thousand bucks as seed money. Soon enough with rising demand, the company had to seek for angel investments as well.

How does Dream11 work & make Money?

Since the founders were new to the market, it was difficult for them to find investors for the company. Eventually, they secured some good investment deals as well. However, that was not the end of it. New challenges were soon to come by. These included:

A monumental relief set in when the Supreme Court of India passed on law for allowing skill-based fantasy gaming in India, excluding a few states. Dream11 had played an influential part in helping realize this potential in the country, by resolving the case in high-courts as well.

Setting up for a workplace was equally a challenge for the founders. It was not an easy journey at first, but the founders soon enough secured in a workspace in Mumbai. This could be done after working relentlessly for more than 2 years, post which they secured in a worthy team that helped in realizing the company’s potential and due success.

The story behind Dream11’s success is captivating and intriguing. The story of how Dream11 works and the challenges it usurped to be victorious in this demanding market, is something that all of us should learn from as well.

The promotion of one’s business is very essential to boost demand. Advertising of the services offered by Dream11 was essential to create a demand for people who sought their services. The following options were considered to promote the business of Dream11 fantasy sports application:

The relentless efforts of Dream11 brought in stars of the cricket world to get together and advertise their services. Most of us have already witnessed how MS Dhoni and other players got in together to advertise this brand. Their involvement with the brand was essential as millions of their followers entrusted their decision to advertise for the company.