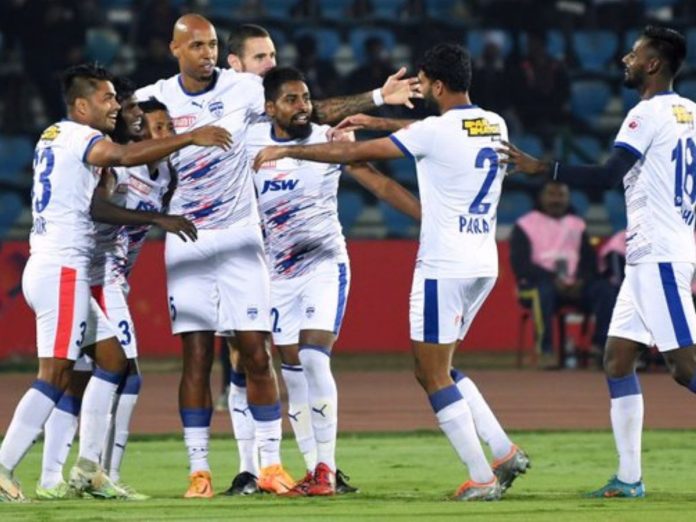 Bottom-dwellers NorthEast United’s woes continues in the Indian Super League (ISL) 2022-23 as they slumped to their 12th loss in 13 games. Bengaluru FC inflicted a 2-1 defeat against the Highlanders in this ISL game.

Alan Costa was the man of the moment as his injury time goal helped the Blues start the new year on the right note. The match did not see any goal from both the sides up until the 50th minute when the young and vibrant star Sivasakhti Narayanan netted the first goal for Bengaluru FC. However, Alberto Vannese’s side staged a comeback in the 66nd minute as Romain Philippoteaux scored a goal and equalised for the bottom-placed team.

A draw would save NorthEast United FC from another defeat but fate had something else in store for them. Udanta Singh’s cross from the right flank met Alan Costa who headed the ball to the back of the net. And it was pure joy and jubilation for the visiting side. It was Costa itself who had scored a goal for Bengaluru FC late into the game when the two teams met each other last time in the reverse fixture of the ongoing ISL 2022-23.

The possession of the game was dominated by Bengaluru FC to some extent as Simon Grayson’s Bengaluru FC climbed to the 8th position of the ISL 2022-23 table. They are above the Red and Gold Brigade by just one point. However, East Bengal FC has a chance of salvaging 3 points as they take on Odisha FC today at the Kalinga Stadium in Bhubaneshwar.

After the injury-time heart-break at the hands of Stephen Constantine’s East Bengal FC, the Blues made a good comeback. A lot of credit must be given to the coach and all the backroom staff for helping the team come back in a supreme fashion.