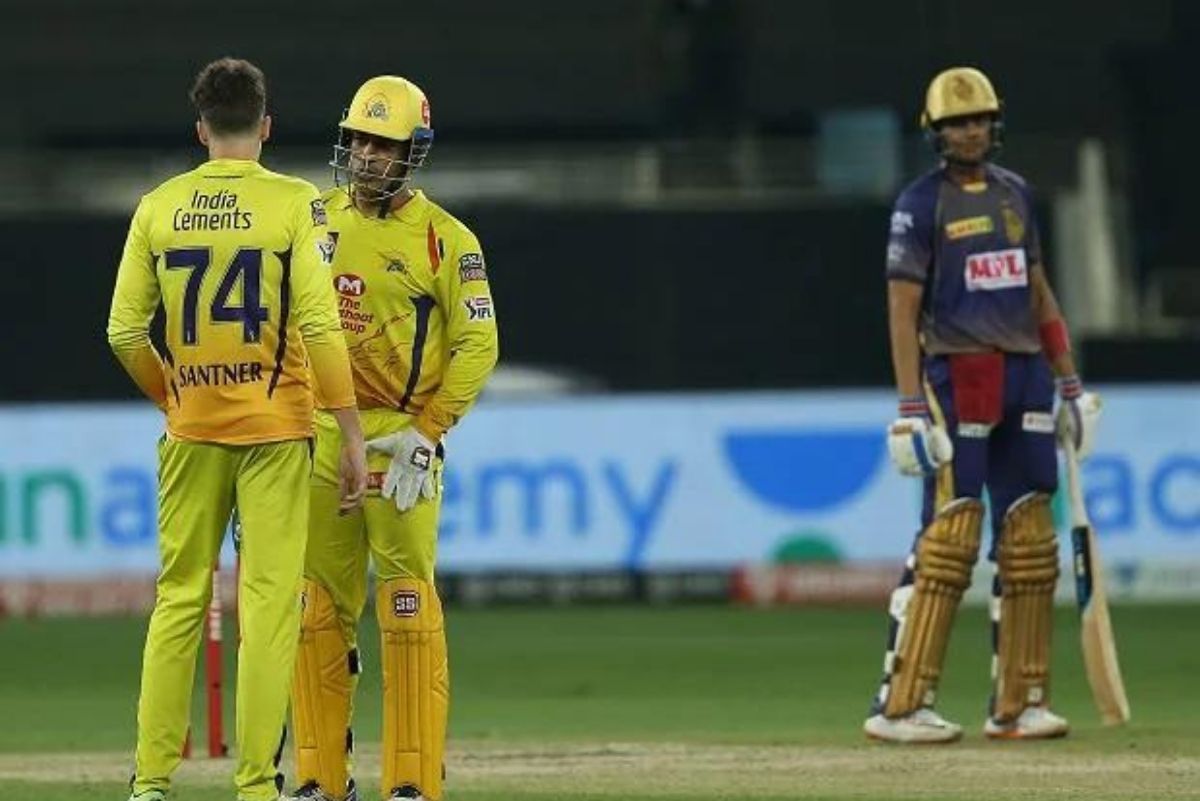 The current defending champions of the Indian Premier League will start their campaign for this year from the same place they left. Chennai Super Kings defeated Kolkata Knight Riders by 27 runs in the IPL 2021 finals and both sides will be clash again in the opening match of IPL 2022. And the latter will look to avenge the loss of their previous defeat that will be hurting them until now.

Chennai Super Kings and Kolkata Knight Riders look like very new sides after the IPL 2022 mega-auction. However, the defending champions will have a tough task ahead in order to defend their title. On the other hand, KKR will look to get off to a flyer in the 15th edition of the tournament

Kolkata Knight Riders have won the title on two occasions, in 2010 and 2014, both under the leadership of Gautam Gambhir. While the Men in Yellow led by MS Dhoni have won the title four times (in 2010, 2011, 2018, and 2021), and have the highest win percentage in league matches amongst all teams in the IPL (60.56%). However, this time there is going to be a big change in CSK as their all-time skipper MS Dhoni has handed over the captaincy to Ravindra Jadeja. In IPL 2022, CSK will be led by none other than Indian all-rounder Ravindra Jadeja and Dhoni for the first time in the history of the Indian Premier League will be playing as a normal player.

Ahead of the tournament opener, Kheltalk analysis the big history between both the star-studded sides. Let’s have a look on a statistical review of CSK vs KKR Head to Head games in IPL.

Chennai Super Kings has been the second most successful franchise after Mumbai Indians. CSK won their 4th IPL title last year after defeating Kolkata Knight Riders in the IPL 2021 final in Dubai. Apart from 2021, CSK has won the IPL title in 2010, 2011, and 2018. The franchise was banned alongside Rajasthan Royals in 2015 for 2 years after being found involved in a spot-fixing scandal in the league. Despite all the controversies CSK emerged victorious on their comeback, winning the title again in 2018.

They have always believed in the core value of the team and have always kept their key players intact ahead of every auction. CSK focused on the same strategy this year retaining their skipper, MS Dhoni against all odds. They were keen on retaining their core base of players that have already served tenure in the team.

CSK has a clear advantage over the Knight Riders when it comes to the head-to-head record in the IPL. Out of the 26 matches played between both sides in the last 14 editions of IPL, CSK has emerged victorious 17 times, while Kolkata won only 8 times. Meanwhile, one match ended in no result.

For Chennai, all eyes will be on their opener Ruturaj Gaikwad who remained the highest scorer last year with 635 runs in 16 matches. Supporting him from the other batting end will be the Kiwi left-handed batsman, Devon Conway who boasts similar stats like Gaikwad in the shorter format. Coming to their middle-order CSK has kept the same players intact as we had seen in the IPL 2021 final.

Ravindra Jadeja, Moeen Ali, and Dwayne Bravo will probably play as all-rounders to shine in both departments. Talking about the bowlers this is a department that saw the most changes in CSK’s squad. The addition of Rajvardhan Hangargekar freshly from the U19 World Cup-winning team will definitely provide an extra edge to their bowling.

Kolkata Knight Riders found their way into the finals three times in IPL history. Apart from the final of 2021, they have won both in the past in 2012 and 2014, both times under the leadership of Gautam Gambhir.

This year at the mega auction Kolkata Knight Riders bought 21 players including 15 Indian and 6 overseas players. Shreyas Iyer received the highest bid for KKR and will be a key player headlining their batting unit and he will be leading Knight Riders in the 15th edition. The star player Shreyas Iyer has a brilliant captaincy record in IPL and he would be expected to replicate the same for KKR. As openers, Venkatesh Iyer and Alex Hales seem to be the best right-hand and left-hand combination to trouble the bowlers.

Sheldon Jackson is a stunning wicketkeeper who has impressed every time and in the domestic circle as well. Shreyas Iyer and Nitish Rana are two consistent batters that will discard the liabilities KKR had while managing the poor form of Eoin Morgan.

One of the strong areas for KKR would be their all-rounder duo of Andre Russell and Sunil Narine who will contribute to strengthening their bowling as well. Overall KKR boasts a strong with the likes of Pat Cummins, Shivam Mavi, Sunil Narine, and Varun Chakravarthy. The only difference they have in their bowling is the presence of Umesh Yadav replacing Prasidh Krishna.

Top Batsmen with Most Runs- CSK vs KKR Head to Head

Suresh Raina has scored maximum runs in the encounters between both teams at 747. Though he remains unavailable for this match, MS Dhoni is the second-highest run-scorer with 500 Runs followed by Robin Uthappa at 349.

Top Bowlers with Most Wickets- CSK vs KKR Head to Head

Sunil Narine bagged the highest wickets in CSK vs KKR head-to-head contests. A total of 21 Wickets. Following him is Ravindra Jadeja who has bagged 18 scalps. Dwayne Bravo is also on the list at the 5th Spot with 12 Wickets.