CSK vs KKR Head to Head Records in IPL History 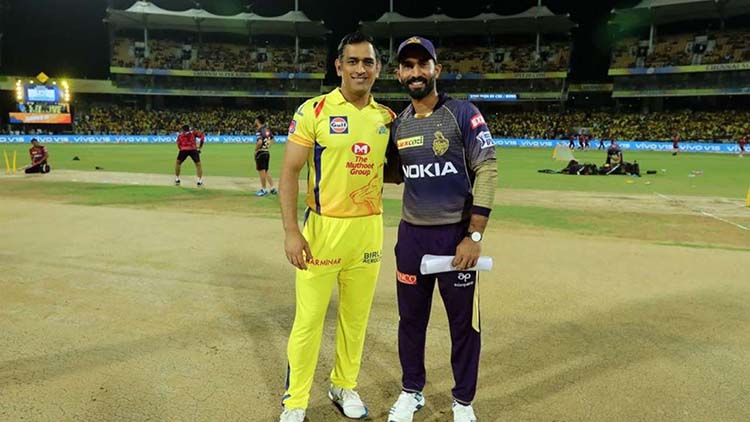 Head to Head Records Between CSK vs KKR

In this article, we are going to share CSK vs KKR Head To Head Records from IPL 2008 till IPL 2019, which includes the match date, the number of matches played, match venue details, etc. in the IPL tournament.

Chennai Super Kings and Kolkata Knight Riders have played quite a few matches in the 20-overs cricket tournament. CSK beat KKR 13 times, while the Shah Ruk Khan-owned KKR won only 7 matches. Both teams have been playing since 2008. Let’ take a look at the top head to head matches between CSK and KKR in the Indian Premier League.

In the first year of IPL, Kolkata Knight Riders and Chennai Super Kings played 2 matches. Chennai Super Kings won both matches. The first match was on 26th April in Chidambaram Cricket Stadium, while the other one was on 18th May in Kolkata. Chennai played the first match in the home ground and defeated KKR by 9 wickets. The second match was quite interesting as Chennai won that match by just 3 runs.

Owing to the elections in India, the IPL was held in South Africa in 2009. In the second IPL season, CSK and KKR played only one match against each other. The match was on 18th May and it was conducted at Centurion’s Stadium. KKR won that match by 7 wickets.

CSK decided to play an aggressive match right from the beginning of the season to the final match. Perhaps, their new playing style made the team win the IPL 2010 trophy. It did not go too well for KKR. Chennai and Kolkata played two matches in that season.

KKR lost them both to CSK. The first match was on 16th March and CSK won it by a whopping 55 runs, while the second match was conducted on 13th April and Chennai defeated KKR by 9 wickets. Surprisingly, Chennai won both matches against KKR in 2010 with quite a good margin.

IPL 2011 was another lucky year for Chennai Super Kings. The team won their second IPL trophy. Knight Riders and Super Kings played head to head 2 times in the 2011 IPL season. Both teams won the match in their home grounds. The first match was on 8th April in Chidambaram Cricket Stadium in Chennai. CSK won the game by 2 runs.

Another match was held on 7th May at Eden Gardens in Kolkata. Shah Ruk Khan-owned team won this time by 10 runs.

Chennai Vs Kolkata in IPL 2012

IPL 2012 happens to the first and only season, in which, KKR and CSK got three opportunities to play against each other. They played 2 matches in the league stage and a final match. The two league matches were on 30th April and 14th May. The matches were conducted in Chidambaram and Eden Gardens. The final match was at Chidambaram Cricket Stadium on 27th May. Kolkata Knight Riders won the 2012 IPL trophy by beating CSK by 5 wickets.

Kolkata Vs Chennai in IPL 2013

One again, Chennai Super Kings defeated KKR in all matches. The first match was on 20th April and Chennai won it by 4 wickets. Another league match between CSK and KKR was held on 28th April. CSK won it by 14 runs this time. With a great performance in the 2013 IPL season, CSK made it to the qualifiers and then final. However, they could not win the match against Mumbai Indians.

The second league match between KKR and CSK was on 20th May. Kolkata Knight Riders won that match by 8 wickets.

Chennai played quite well in the IPL 2015 edition. The team managed to secure their position in the finals but lost the match to Mumbai Indians. Like other seasons, Kolkata Knight Riders and Chennai Super Kings played two head to head matches in the 2015 IPL season. The first match was on 28th April at Chidambaram Cricket Stadium in Chennai. CSK won the first match by 2 runs, while Knight Riders defeated CSK by 7 wickets in the next match.

Two matches were conducted between CSK and KKR in the 2018 IPL season. Both teams won one match against each other. Chennai won the first game by 5 wickets and KKR won the next match by a higher margin, i.e. 6 wickets.

Once again, Chennai and Kolkata played two matches, and CSK won both the games. In the last IPL season, Chennai recorded its first win by 7 wickets. The match was on the 9th of April. The teams faced each other once again in Kolkata on 14th April. Chennai won the match by 5 wickets this time.