CSK vs MI Head to Head Records in IPL History 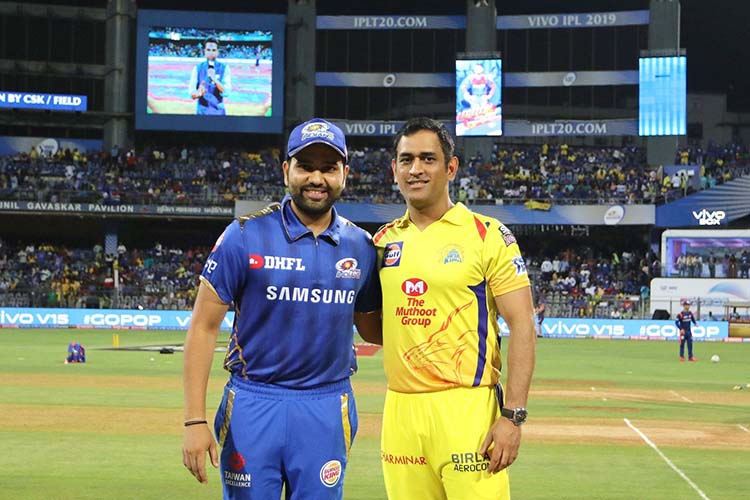 Head to Head Records Between CSK vs MI

In this article, we are going to share CSK vs MI Head To Head Records from IPL 2008 till IPL 2019, which includes the match date, the number of matches played, match venue details & more.

Chennai Super Kings and Mumbai Indians are among the most successful teams in the history of IPL. Over the years, they have met quite a few times. Each one of them has got the better of the other on several occasions. Both teams have trophies and big-name players to show for their success. The two heavyweights have featured in several heated duels.

They are one of the biggest rivalries in IPL. These two teams have played in the tournament since the first edition. Since 2008, they have met a total of 28 times in IPL. Mumbai Indians have come out on top with 17 victories to that of CSK’s 11. Here’s a year-wise breakdown of MI and CSK head to head performances.

Mumbai Indians Vs Chennai Super Kings Head To Head In IPL 2008: The beginning of a great rivalry

In the debut season, the two teams came against one another on two occasions. They played one fixture in Wankhede stadium. The reverse fixture was played at CSK’s home stadium in Chennai.

CSK welcomed a Sachin led Mumbai team at M. A. Chidambaram Stadium on April 23. Chennai won the game at home soil. Mumbai won the reverse fixture at their home soil on May 14. None of the teams went on to lift the famous trophy but the beginning of a great rivalry was marked.

Chennai and Mumbai met twice during IPL 2009 in South Africa. They played the first game of the tournament on April 18. Mumbai won the game, thanks to a Tendulkar masterclass. In the reverse fixture held on May 15, Chennai came out on top, thanks to a memorable knock by Matthew Hayden. So far, MI 2-2 CSK.

MI Vs CSK Head To Head In IPL 2010: The grandstand finish

The third edition of IPL took the MI vs CSK rivalry to a whole other level. Two teams met a total of 3 times during the tournament. The first league fixture saw MI welcoming CSK at Wankhede stadium on March 25. Mumbai Indians won the game.

The 2nd match was played on April 6 where CSK won on their home soil. It was not until the final that the two giants met again. CSK beat MI in the final held on April 25 to win their first-ever IPL trophy. It was a huge disappointment for Mumbai Indians to lose at their home city.

IPL 2011 had a total of 10 teams competing for the trophy. This brought a slight change in the format of the tournament. During this season, Mumbai Indians and Chennai Super Kings faced off only one time. On April 22, MI hosted CSK at Wankhede Stadium.

The Chennai team came looking for another victory at Wankhede. However, MI was able to beat CSK and make a comeback in the rivalry. CSK went on to win the tournament for a second successive season.

In this season, the two teams met thrice. Chennai and Mumbai played a customary round-robin tie and met in the eliminator round for the third time. Mumbai Indians were able to beat Chennai Super Kings in both league matches at Wankhede Stadium and M. A. Chidambaram Stadium.

MI recorded 6 wins in total head to head with CSK who has won on 4 occasions. In the knockouts, CSK beat Mumbai Indians taking the head to head tally to 6 (MI) – 5 (CSK). CSK made it to the third consecutive final but lost to KKR.

In the 6th season of Indian Premier League, MI and CSK met four times. The first two face-offs were customary round-robin league matches. The 3rd meeting was in the qualifier rounds.

They finally met for the fourth time during the 2013 season in the final. CSK hosted MI on April 6 where Mumbai Indians won the game. At Wankhede Stadium, MI beat CSK again taking the tally to 8-5. During a qualifier match, CSK played MI again for the third time during the season.

Chennai won the game and both teams progressed ahead. The grand stage was set for a repeat of 2010 final. This time around, Mumbai Indians beat CSK to claim the coveted trophy. The head to head tally at the end of the season was 9 to 6 in favour of Mumbai Indians.

Chennai Vs Mumbai Head To Head In IPL 2014: Chennai fights back

In the 7th edition of IPL, Chennai Super Kings played Mumbai Indians thrice, winning on every occasion. The first two games were played on a home and away league basis. The first game was played in Dubai on April 25.

Mumbai vs Chennai Head To Head In IPL 2015

The IPL 2015 season was a blockbuster for the everlasting rivalry of CSK and MI. They came head to head 4 times in 2015. The first two matches were the customary league ties. The other two games were a deciding qualifier and a heated final. Mumbai Indians hosted CSK at Wankhede Stadium and tasted a home defeat. The reverse fixture was played on May 8 where Mumbai Indians secured an away win.

The third match between the two teams was a qualifier played at Wankhede. Mumbai Indians won the game as both teams progressed forward in the tournament. The two giants locked horns again at Eden Gardens in IPL 2015 final. Mumbai Indians beat Chennai Super Kings once again in a final to win the IPL trophy.

After serving a two-year ban, CSK returned to IPL in 2018. In this edition, they played Mumbai Indians twice. While CSK beat Mumbai at Wankhede Stadium, MI won at M. A. Chidambaram stadium. The head to head tally changed to 13-11 in favour of Mumbai Indians. However, CSK went on to claim the prize in this edition.

MI vs CSK Head To Head In IPL 2019: The mighty Mumbai Indians

In the latest season of IPL, the two giants met on four occasions. Mumbai Indians beat Chennai Super Kings in both league ties. They beat CSK again during a qualifier match. Mumbai Indians went on to beat Chennai side for the 3rd time in an IPL final as they won their 4th IPL title. Mumbai Indians have walked all over CSK recently. The all-time head to head record stands at 17-11 in favour of Mumbai Indians.