DC vs KXIP Head To Head Records in IPL History 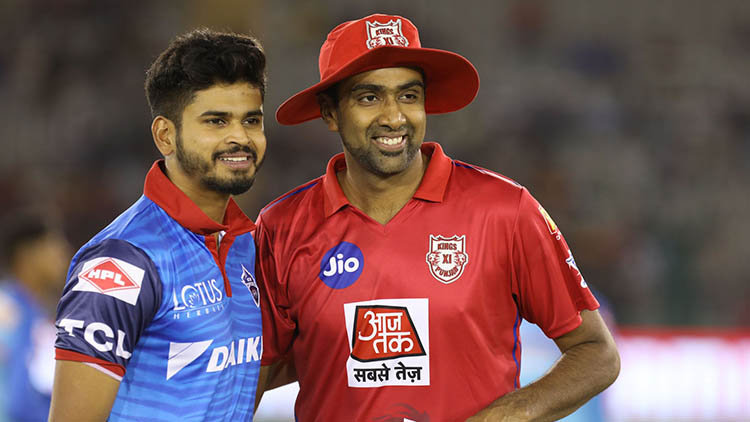 In this article, we are going to share DC vs KXIP Head To Head Records from IPL 2008 till IPL 2019, which includes the number of matches played, match date, match venue details, etc. in the IPL tournament.

Kings XI Punjab and Delhi Capitals are two out of the three franchises in the Indian Premier League history, who is yet to win the title. But, they hold some big names in their ranks since the beginning that makes their side look dangerous for any successful franchise in the T20 tournament.

During the inaugural IPL season, Kings XI Punjab firmed their grip over Delhi Capitals. They first defeated DC in the very first meeting by 6 wickets followed by another 6 runs based on the DL method.

DC avenge the loss of their previous defeats from KXIP and outclassed the latter by an emphatic win of 10 wickets. And, Kings were not going to slow down and they marked a strong comeback in the very next meeting in that edition. They managed a kind victory by 6 wickets over DC.

DC once again got off the mark with a brilliant win in their away game by 5 wickets in IPL 2010. It looked like Delhi Capitals will register a second consecutive win over KXIP. But that was not the case as KXIP managed a victory by 7 wickets at Arun Jaitely Stadium, Delhi

Kings always had a problem with their opening game against the opponent. The same happened in IPL 2011 when they took the field against DC. And, the former suffered a defeat by 29 runs in a high scoring game. Both sides managed a score of more than 200 runs in their respective innings. However, DC emerged as the winner.

Later on, KXIP hosted DC on their new home ground in Dharamsala. In that game, the hosts’ didn’t give a single moment of joy to the visitors and defeated them by 29 runs.

DC took the command in their hands in IPL 2012 and defeated KXIP with sheer dominance during the Round-Robins group. DC won the home and away game quite easily by 5 and 6 wickets respectively. Undoubtedly, it turned out to be a bad season for Kings XI Punjab against Delhi Capitals.

Kings XI Punjab had the great year 2012 against Delhi Capitals. They did all great work to give a good farewell to their skipper Adam Gilchrist. They outclassed DC in back to back games for the second time in the IPL history. In 2012, they first went to face DC at Arun Jaitely Stadium and defeated them by 5 wickets. Later on, they hosted Delhi Capitals and outperformed them by 7 Runs.

Delhi Capitals always faced problems facing Kings XI Punjab, who used to come with a decent strategy in the match. In IPL 2014, DC followed the same trend as their poor run continued against Kings. Once again they struggled and suffered back to back defeats to Delhi Capital.

DC had to wait for two seasons in order to notch their first victory over Kings XI Punjab. It took almost heck of an effort for them to cross the winning line against Kings. Although they came late on the winning track. But, still, it can be reckoned as a great comeback. They defeated KXIP in back to back games in a row by 5 and 9 wickets respectively.

DC maintained their winning streak against Kings XI Punjab in IPL 2016 as they defeated Kings in a third consecutive face-off by a big margin of 8 wickets. But, in the second face-off of the edition, Kings bottled DC by 9 runs at PCA Stadium, Chandigarh.

In the first few seasons, Kings always had an edge over Delhi Capitals. But, with time DC became stronger and fans got to watch some brilliant games between the two good franchises. In IPL 2017, DC took the game in their hand and defeated KXIP by a record margin of 51 runs. Later on. Kings came out all guns blazing and defeated DC with sheer dominance.

In IPL 2018, KXIP had a great stint as a side and got off the mark with some convincing performances in the tournament. Although, they failed to qualify for the play-offs. But, they had a great time while making a mockery of Delhi Capitals. They outclassed the latter on two occasions in home and away match during Round-Robins group by 6 wickets and 4 runs respectively.

KXIP maintained its dominating gesture over DC once again. They hosted the Capitals for the first time in IPL 2019 and defeated them by 14 runs. But, it was DC, who had the last laugh as they outperformed the Kings on the back of a brilliant effort by their team. This is the reason KXIP had to face a defeat by 5 wickets in a low scoring affair.