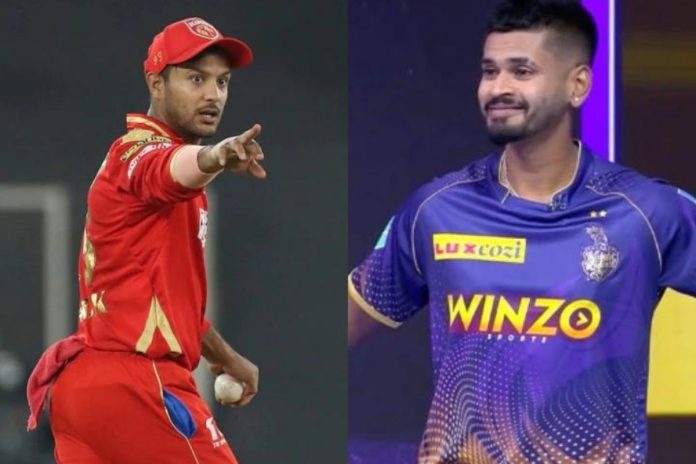 In IPL history, both teams have clashed in a total of 29 games of which 19 have been won by the Kolkata Knight Riders and 1o by Punjab Kings. Last year in 2021, two games were played between the two sides. Out of which Kolkata emerged on top by 5 Wickets respectively while Punjab Kings won one match by similar difference.

Kolkata Knight Riders found their way into the finals three times in IPL history. Apart from the final of 2021, they have won both in the past in 2012 and 2014, both times under the leadership of Gautam Gambhir.

In this edition, they have played two games so far. Out of which they won their first match comfortably against Chennai Super Kings by 6 wickets. Meanwhile, losing their last outing against Royal Challengers Bangalore on Wednesday.

KKR had a horrible start as they lost plenty of wickets at the beginning itself. At one stage they were 67/6. But Andre Russell and some other batsmen rolled up the score to 128. RCB too had a challenging start but they eventually found their way and chased it down in the last over. Kolkata Knight Riders lost the game by three wickets.

Punjab King’s most successful season came in 2014 when they reached the finals of the tournament. Since then they haven’t qualified for the playoffs even once. They defeated RCB by 5 wickets in their last outing. Batting first, RCB scored 205 with the help of Faf du Plessis’s maiden 88 for his franchise.

Arshdeep Singh and Rahul Chahar picked a wicket apiece for PBKS. In the chase, Mayank Agarwal and Shikhar Dhawan stitched a brisk 71-run stand for the opening wicket to lay a strong platform for PBKS’s chase. Later Shahrukh Khan and Odean Smith laid assault on RCB bowlers in the death overs, overhauling RCB’s total with five wickets in hand and an over to spare.

Gautam Gambhir has scored the most runs at 492 in the matches between these sides in the IPL. He is followed by Robin Uthappa (438) and Wriddhiman Saha (394).

Sunil Narine has bagged the most number of wickets, a total of 31 in the KKR vs PBKS clashes. He is followed by Umesh Yadav and Andre Russell who are the only other players available for KKR on the current list.