KXIP vs MI Head To Head Records in IPL History 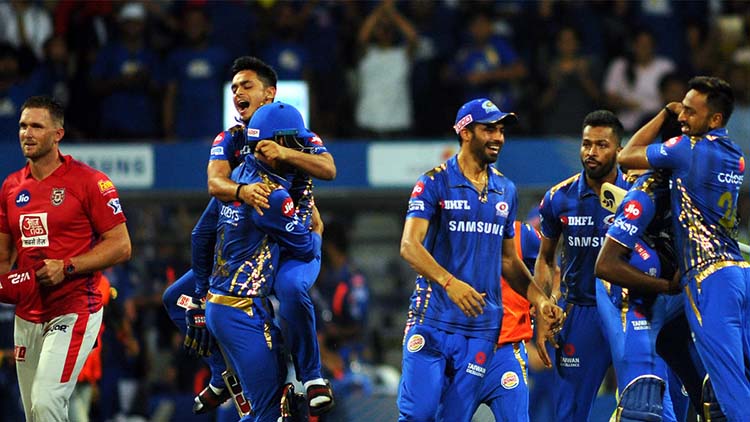 In this article, we are going to share KXIP vs MI Head To Head Records from IPL 2008 till IPL 2019, which includes the number of matches played, match date, match venue details, etc. in the IPL tournament.

Mumbai Indians and Kings XI Punjab have no match when it comes down to IPL history. The former has won four trophies. But, Kings have not managed to win their maiden title in the last 12 seasons. However, when it comes to rivalry, they have always given a tough fight to each other that is quite visible in the stats.

MI and KXIP have met each other on 25 occasions out of which Mumbai Indians have won 13 games whereas Kings XI Punjab ended up winning 11 encounters.

The fans will be shocked after going through the record of the faceoff between KXIP and MI from 2008 till 2019. No one would have expected that Kings XI Punjab, a team that played only one IPL final can give such tough competition to four-time IPL champions. But, yes it’s true and we have given the exact stats for the matches that both the teams have played against each other till now in Indian Premier League history.

During the first edition of IPL, Kings XI Punjab played twice versus KXIP. Kings won both their face-offs with the Blues during the inaugural edition. KXIP won their very first match against MI by 66 runs followed by their thumping victory at Wankhede Stadium by 6 wickets while chasing a big target of 188 runs.

In the second edition of IPL, the two teams met in the league stage once again. They faced each other twice as per the schedule of the tournament. In the first game, KXIP maintained their dominance over MI from the previous season and they defeated Mumbai Indians by 3 runs. In the next meeting, MI bounced back strongly and defeated KXIP by 8 wickets.

During the third edition, Mumbai Indians got off the mark with a brilliant effort and they defeated KXIP by wickets in their first meeting. However, KXIP took it to their heart and came out with a magnificent effort and outclassed visitors’ on the home ground by 6 wickets.

By the fifth edition, KXIP had already dominated MI on most number occasions. However, MI got off to a great start against Kings in 2011 and defeated the latter by 23 runs in the first meeting. But, once again Kings showed them the way by registering an emphatic win by 76 runs on their own home ground.

KXIP and MI faced each other twice during the league stage in IPL 2012. The former registered a magnificent victory by 6 wickets at Wankhede Stadium. Later on, MI took the charge in their hands and outclassed KXIP by 4 wickets while chasing target of 168 runs.

2013 was the last season of legendary wicket-keeper Adam Gilchrist and he was the skipper KXIP during that edition. In the very first encounter, his side lost a close game to MI by 4 runs. But, later on, all the players of Kings XI Punjab gave a gift to their captain and former Aussie player by winning defeating MI in his last game by 50 runs.

2014 was the year of Mumbai Indians against Kings XI Punjab. They won all the games in that editions against the Kings. The blues won the first game by 5 wickets in an away match followed by their victory at him in Mumbai by 7 wickets.

During this season, the two teams met on two occasions. Both games were played in the league stage. Mumbai Indians and KXIP both won a game each at their home stadium. On April 12, Kxip beat MI at Wankhede Stadium by 18 runs in the first meeting of that season. Later on, Mumbai Indians defeated host at their home ground by a margin of 23 runs.

During the 9th edition of IPL, Mumbai Indians with scintillating effort in order to outperform Kings. Moreover, they managed to do so and defeated KXIP by 25 runs. Afterward, on new home ground of Mumbai Indians, KXIP defeated them by 7 wickets in a low scoring affair.

MI and KXIP met IN two games during IPL 2017 in which the latter ended up winning the IPL trophy for the third time in the history. Mumba Indians opened their account against KXIP in the very first affair by defeating them by 8 wickets. But, in the next clash between the two teams turned out to be a one-sided game in which KXIP defeated MI by 7 wickets.

They met twice during IPL 2018 and both the games were won by Rohit Sharma led Mumbai Indians. It turned out to be a poor season for Kings, who failed to register a single victory against MI. In the first face-off, they suffered a loss by six wickets followed by another defeat to the same opponent by 2 wickets.

In the previous season, KXIP got off to a good start to their tournament campaign. And, they performed in the same manner against Mumbai Indians and defeated them by 8 wickets in a high scoring encounter. But, in the second face-off, MI managed to take the avenge of their previous defeat in another high scoring affair. They defeated KXIP by 3 wickets in a close to 200 run game.