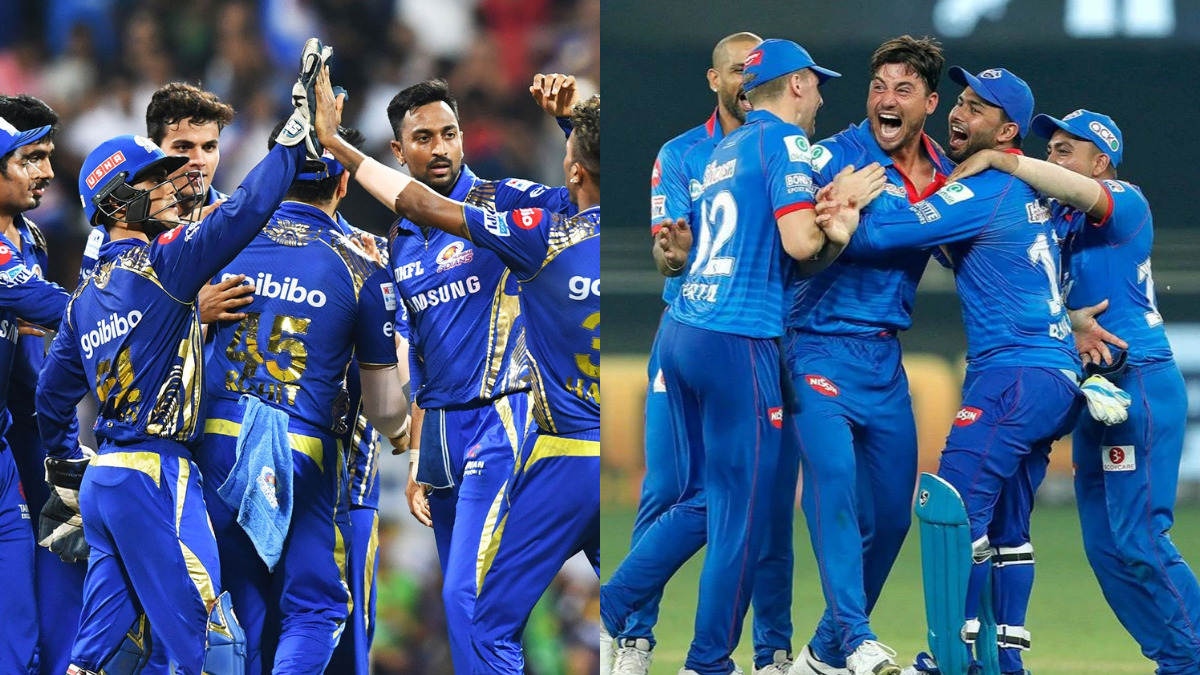 The Defending Champions, Mumbai Indians, have won all the last five IPL matches against the Delhi Capitals.

The finalist of the IPL 2020 season will clash for the first time in this season of IPL 2021. The 13th match of the 14th edition of the Indian Premier League will be between Rohit Sharma’s Mumbai Indians and Rishabh Pant’s Delhi Capitals at MA Chidambaram Stadium in Chennai today at 7.30 PM IST.

Mumbai Indians will look to continue their dominance against Pant’s DC. Simultaneously, the Capitals will want to end their losing steak against a powerful team like Mumbai Indians. Before the match starts, Khel Talk analyses both the teams and gives a stat on their head-to-head performances since the 2008 season of the IPL.

The defending champions have won the title five times, and they will looking to make a hat trick of the IPL wins, which will be the biggest record that can’t be broken in the decades to come. After their IPL 2021 season started with the loss, Rohit and Co. have made a comeback into this tournament with two back-to-back wins.

But still, there few worrying areas for them ahead of this match. In the last game against SRH, their batting looked good. But none of the MI players could convert their starts. Rohit Sharma and De Kock started the innings well. But they didn’t go on to make a good score. The middle-order batsmen like Kishan and Suryakumar didn’t make any significant contributions. While the batting form of Hardik and Krunal is a concern for them.

Kieron Pollard’s return to his power-hitting form is a huge relief for the defending champions. It was the Pollard Power that got them to a good score against SRH. The bowling unit of MI has been world-class. Bumrah and Boult are lethal as always. Rahul Chachar and Marco Jackson are handling the middle overs. But Krunal Pandya hasn’t been doing well with the bat nor with the ball, and Hardik is not bowling is also an issue for them. I will look to repair these things when they take on the Capitals.

The Capitals are still in search of their maiden title. In the last 13 editions of the IPL, DC has reached a final of the IPL tournament only once, which was last year in the United Arab Emirates. In 2019, they reached their maiden playoff, and this season, they would want to go one step further and clinch the title.

DC has been in good form of late. Their batsmen have been guiding through run chases perfectly. In the three matches of the IPL 2021 season, DC have chased two targets, and in both, Shikhar Dhawan has played two mind-blowing knocks for them. Prithvi Shaw, too has been good. But he needs to be consistent. In the IPL 2020 season, Shaw had started the tournament well. But later, his form wasn’t upto the mark. DC needs to work more on their bowling because its their bowlers who are giving them big totals to chase. Nortje should come in for Steve Smith, and instead of Woakes, they should replace him with Shrimron Hetmyer that would give them a strong finish if they bat first against a power pack team like Mumbai Indians.

The in IPL 2020 season, both the teams played each other four times and once in the final. Rohit Sharma’s MI have won all the five matches which they have played against Delhi Capitals. Overall in IPL history, Mumbai and Delhi have played in this cash-rich league tournament 28 times, and in that, also MI is ahead of DC. The Blues have won 16 matches while DC have 12 wins under their belt.

Most Runs for MI Vs DC matches –

The most Wickets for MI Vs DC Matches –

The Indian Premier League (IPL) franchise is expanding its...