PBKS vs MI Head To Head Records Of IPL History 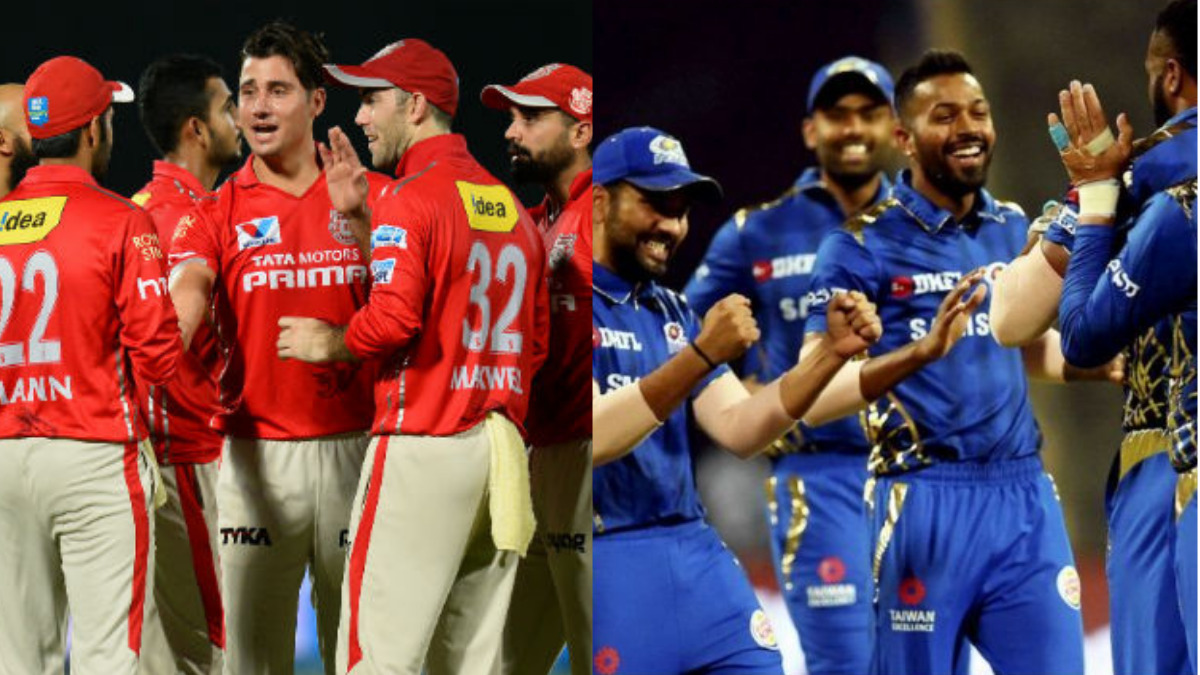 Mumbai Indians have lost only one encounter in the last four matches against Rahul’s Punjab Kings.

In the 17th match of the IPL 2021 season, India’s two seasoned opening batsmen of the limited-overs format will face off each other at MA Chidambaram Stadium in Chennai. Rohit Sharma’s Mumbai Indians will face against KL Rahul’s Punjab Kings today at 7.30 PM IST.

Mumbai Indians will want to get back into their winning after losing to Pant’s DC, and KL Rahul will want to end their losing streak against a power-packed side like Mumbai Indians. Both the teams have batting issues. But the bowling unit of MI is superior to PBKS.

Today Khel Talk analyses both the teams and the head to head stats from the first season of IPL 2008.

The five times champions and the defending champions of the IPL 2021 season will bring their winning form to this match. I had won two and lost two matches in this IPL 2021 season so far, and they have lost both the games because of their batting failures.

The batters of MI haven’t been converting their starts into a big score, so they are not getting the momentum. The openers have started the innings well. But they have not carried on the momentum. DE Kock and Rohit and are in good nick. They need to bat through the first six overs and hammer the out of form PBKS bowlers.

The MI batters have an advantage against the PBKS bowling attack. The form in which their batters are in would be good if they take complete control of the game. MI needs to win the toss and chase this time because the batting unit of the Punjab Kings team is not firing. MI bowlers are in good form to bundle the Kings cheaply and win the match easily by chasing a modest score.

MI have issues with Hardik Pandya’s batting form and not bowling worries. Hardik hasn’t looked like a complete player for MI in the four matches. In the last game, he bagged a first ball golden duck. But we don’t think that Hardik Pandya will be replaced with a pure bowler or a batsman. But they can replace his brother Krunal Pandya. He, too, didn’t perform according to the expectations. Piyush Chawla is a perfect man to replace Krunal.

MI has been over-reliant on Kieron Pollard for the finishing kicks. MI needs the Pollard power now and then to get through. But the Windies all-rounder hasn’t had any decent matches. MI will want him to step up in this game, and if they chase a total, they will need Pollard to fire.

Bumrah, Boult and Rahul Chachar are in good form. But they need the bowling services of Hardik as well, which could make their bowling unit strong. The management of Mumbai Indians isn’t allowing Hardik to bowl because they want to manage his workload. But the bowling form of Pollard, too, hasn’t been effective. That way, they need to replace Krunal and bring Piyush Chawla.

The Kings are still in search of their first title. They reached the IPL final in 2014. But Kolkata Knight Riders won that match.

Punjab Kings have won just one game in the four matches played so far. But in the last three matches, their batting and performance will worry them. CSK bowlers bundled out their batsmen for just 106 runs while SRH did the same on Sunday.

Their batters batted well against DC. But they’re out of form bowlers couldn’t defend that score. KL Rahul should bat at number three in this match, and they should open the innings with Agarwal and Gayle, which will help them get the innings going. Rahul’s strike rate has been an issue. So he should play as an anchor at number three. Deepak Hooda should take the number four position, and Shahrukh Khan should bat five.

PBKS can add Mandeep Singh as well at number four. That would give an extra option, and the finishing kick would be provided y the hard hitters like Shahrukh Khan, Deepak Hooda and Fabian Allen. PBKS should add Jhye Richardson in place of Nicholas Pooran and Ravi Bhisnoi instead of Murugan Ashwin.

The bowling form of Mohammad Shami is also a worry for them. Ishan Porel can play instead of Shami.  If their bowlers concede more runs than their batsmen will find it difficult to chase that sniff total down.

Mumbai Indians have the upper hand against Punjab Kings. In 26 matches played between these two teams so far, MI have 14 of them, and PBKS have won 12 matches. In the last five encounters, Punjab Kings have lost four and won just one game against Mumbai Indians.

Most Runs – MI Vs PBKS

Shaun Marsh – The Aussie opener was in terrific form in the first season. He was also awarded the orange cap because he scored the most runs, and against MI, Marsh has scored the highest number of runs. He has scored 526 runs.

Kieron Pollard—  He has scored the most runs against PBKS. Pollard has scored 498 runs till now.

Most Wickets – MI Vs PBKS

Lasith Malinga – The Sri Lankan veteran bowler was the spearhead of MI’s bowling attack till the IPL 202 season. He has taken 22 wickets against Punjab Kings till now.

Piyush Chawla – The ex-player of Punjab Kings, and currently, he is playing for Mumbai Indians. Chawla was also part of Kolkata Knight Riders in his IPL career. He was in the squad when KKR won the title in 2012 and 2014 under Gautam Gambhir. Chawla has picked up 15 wickets against his current franchise, MI.