RCB vs RR Head To Head Records of IPL History 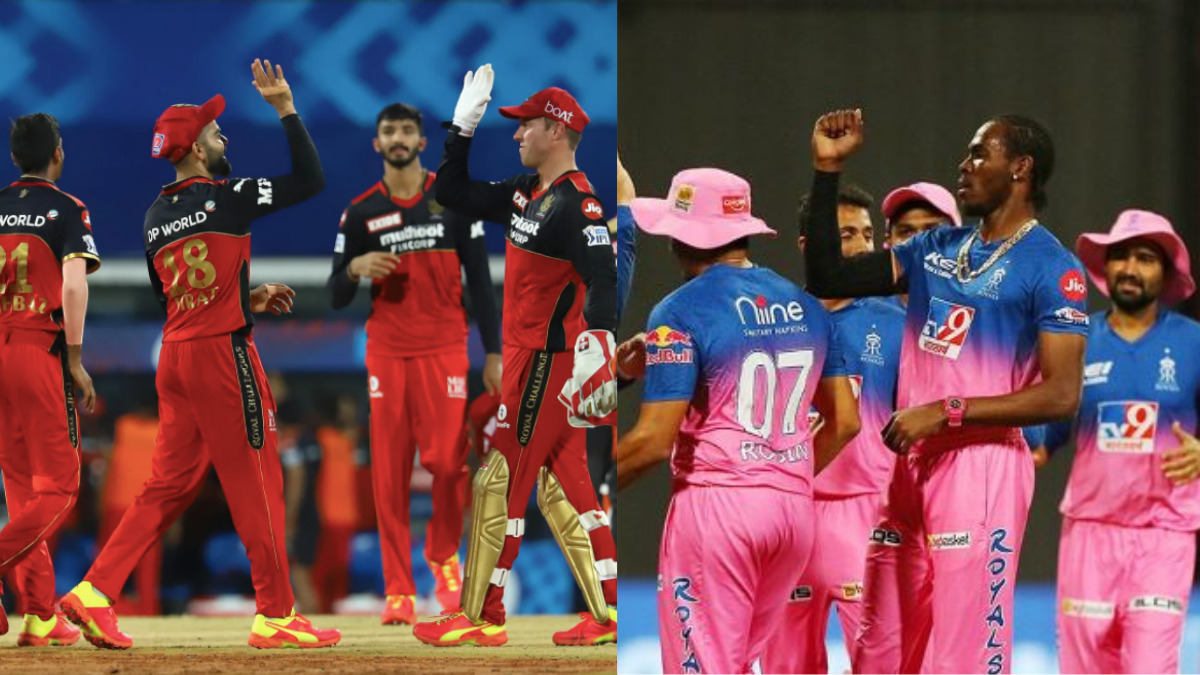 Both teams have faced each other on 23 occasions and ended up ten each, with three abandoned.

The current edition of the IPL, the 14th, has reached its 16th day. Almost all the matches have been decided in the final over, if not the last ball.

Kheltalk.com analyze the strength and weakness of the two teams and an overview of RCB VS RR Head to Head Record in the history of the Indian Premier League.

Captained by Virat Kohli and backed up by the highest number of fans among the IPL franchises, RCB has only disappointed their fans and franchise owners.

RCB did travel within touching distance of the cup but failed in all three finals they played in. They have also made it to the playoffs on a few occasions but could raise their performance beyond that.

RCB has done some wonderful re-engineering of their team this year, and they have notched up 3 out of 3 wins in the ongoing IPL. This is a feat never achieved before as they take on RR today.

Glen Maxwell, who was primarily criticized for his past performances, has put his hand up bravely and has been one main reason for the victories this year. AB DE Villiers, the ‘ never aging ‘ warhorse, has contributed along with Kohli. Devdutt Padikkal has just entered the team after quarantine and is expected to fire at some stage.

The bowling, which was always an issue for RCB, has been successful. Washington Sunder, Kyle Jamieson, Chahal, and Dan Christian have performed admirably well. The unexpected golden arm turned out to be Harshal Patel, who has turned out performances that have surprised even the cricket pundits. His nine wickets in three outings with a cheap Economy rate have reemployed the faith among the RCB’ians.

RCB has always found RR a tough team to defeat but would expect to continue the winning streak today. All their victories against RR have never been nail- biters in the past.

Headed by their new young captain Sanju Samson, RR started their campaign vigorously against the Punjab Kings. It was almost a last-ball finish, and a disappointing one for RR as their captain could not score a sixer after scoring a century. Since then, RR has not been up to the mark, with their batting line-up falling in a heap.

Sanju himself fell cheaply. With Ben Stokes out of the tournament due to an ankle injury, Miller and Butler performed superbly to pull a three-wicket victory against DC. The latter are heralded as possible cup winners. CSK defeated RR despite the odds. The tournament’s big fish, Morris, did play a blitzkrieg against DC to notch that sole victory.

RR stands head to head with RCB but has lost in their two encounters against them last year. If one goes by history, RR can defeat RCB provided they solve a few issues.

Top Batsman With Most Runs in RCB vs. RR matches.

It is AB DE Villiers who has been the batting mainstay for RCB against RR encounters. He has amassed 484 runs till the present date, with Virat Kohli snapping at his heels with 482!

Ajinkya Rahane has made 347 runs against RCB and remains their top scorer.

Top Bowler With Most Wickets overall games between RCB and RR

RCB has found more success in the bowling department, too, with Chahal scalping 16 wickets. Shreyas Gopal has 14 wickets of RCB out of the 48 he has in total.

Anil Kumble also scalped nine wickets against RR when he represented RCB before his retirement.