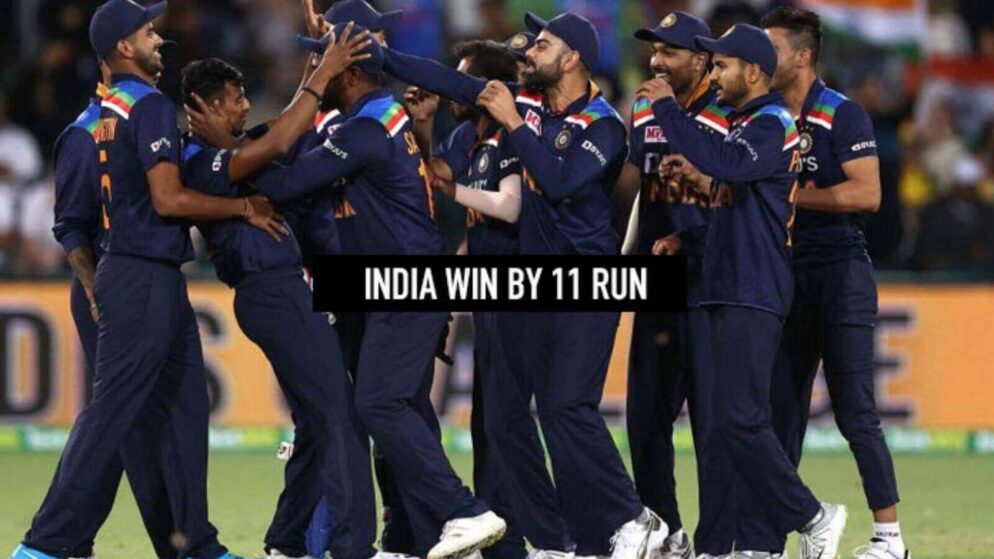 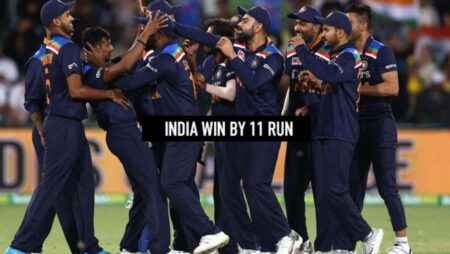 The 1st T20I of the India vs Australia series was scheduled to be played at Manuka Oval in Canberra. And, visitors defeated hosts in the T20I series opener by 11 runs. The debutant pacer T Natarajan once again shines with the ball for his team. He grabbed three wickets in the game. And, he was well accompanied by concussion substitute Yuzvendra Chahal, who grabbed three wickets giving away runs at a low economy rate of 6.20.

India lost the toss and got an invitation to batting first in the 1st game of the three-match T20I series. The fans had expected that the visitors will get off the mark with a flyer looking forward to the convincing form of Shikhar Dhawan and KL Rahul. But, Mitchell Starc gives the first blow for Australia as he clean bowl southpaw in the third over of the innings.

Indian Bowlers Once Again Won The Match For Team India

Virat Kohli, who came out to bat at number three, failed to a big knock with the bat and he was dismissed after scoring 9 odd runs with his willow. Sanju Samson picked in the series opener came out with an aggressive approach and took the charge against Aussie bowlers. But, he could manage only 23 runs off 15 balls before playing a loose stroke against Moises Henriques. He was caught by Mitchell Swepson standing inside the 30-yard circle.

Meanwhile, KL Rahul kept on scoring runs at a good strike-rate from the other bowling end. He smashed 51 runs off 40 balls. On the other hand, Ravindra Jadeja played a cameo of 44 runs off 23 balls studded with five boundaries and one six. This helped Team India in posting a respectable total on the scoreboard of 161 runs for a loss of seven wickets in stipulated 20 overs.

Australia Stumbles In Their Chase Against India Bowling Unit

Coming onto the chase, Australia looked pretty much onto the front foot in the game. Their opener D’arcy Short and Aaron Finch helped their side in getting off to a good start. The Indian bowlers took almost 8 overs in getting their first breakthrough. And, leg-spinner Yuzvendra Chahal dismissed dangerous Aussie skipper Finch at a score of 72 runs. In the 11th over, Chahal gave another setback to the hosts as he took the wicket of in-form batsman Steve Smith.

Later on, debutant T Natarajan also joined the party and took the wicket of Glenn Maxwell. He bowled a brilliant inswinger and got him out in front of the stumps. After losing wickets on a regular interval, Indian bowlers took the game away from the reach of Australia. Moises Henriques kept the hopes alive as he scored 30 runs off 20 balls. But after his dismissal, nothing much was left in the hosts batting. In the end, the hosts could manage only 150 runs in 20 overs and lost the game by a big margin of 11 runs. T Natarajan and Yuzvendra Chahal, who came to bowl as a concussion substitute, took three-for with the ball. Also, Deepak Chahar took one wicket in his four-over spell.