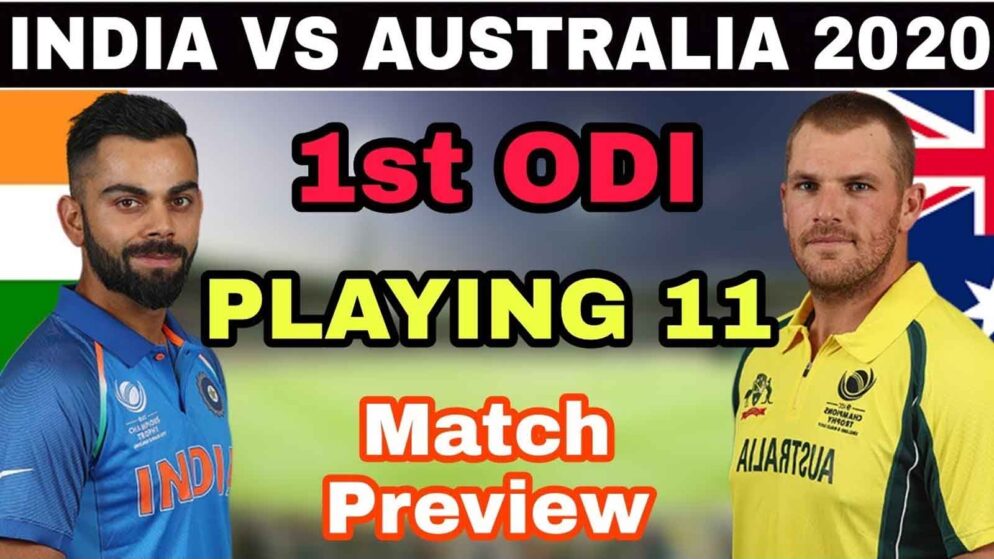 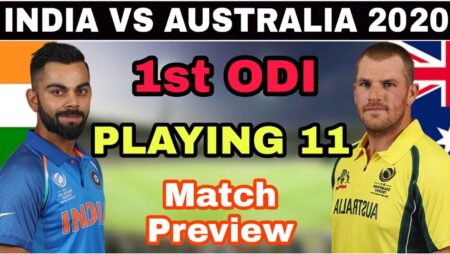 India vs Australia ODI series is all set to begin from November 27 at Sydney Cricket Ground. This is going to a be nail-biting game between two heavyweights. The visitors will surely have an edge over the hosts. The Men in Blue earlier this year defeated Australia in an ODI series with sheer dominance. However, this time things are quite different. This time Virat Kohli & Co. will be short of their star batsman Rohit Sharma, who has a brilliant record in ODIs in Australia against the home side. The fans wait to watch Team India back on the field in international cricket will come to an end on November 27.

India reached Australia on November 13 and successfully served their quarantine period. So, far none of the Indian players have shown any symptoms of COVID and they look pretty much set to take the field once again for the country. In the 1st ODI, fans will get to watch a new opening pair from team India as Rohit Sharma is not picked in the ODI series by the selectors.

Shikhar Dhawan will probably open the innings alongside Mayank Agarwal, who had a great IPL season with the bat. Virat Kohli will bat at his usual batting position followed by KL Rahul at number 4, Shreyas Iyer at 5. Team India’s batting order looks jam-packed with some really talented batsman. Hardik Pandya will be the 6th main batsman from the Men in Blue. Ravindra Jadeja will play the key role of an all-rounder, who performed significantly well in IPL 2020 for CSK.

Coming onto the bowling unit, Mohammed Shami and Jasprit Bumrah will lead the pace attack. They will be accompanied by young gun Navdeep Saini. It will be interesting to watch how the Haryana-born pacer will perform on Australian wickets. He has pace and will turn out to be very dangerous for the opponents. Yuzvendra Chahal will be the main spinner from Team India, who is expected to take the field. As far as Team India is concerned, Virat Kohli will most likely to come out with one main spinner and one part-timer against Australia in the 1st ODI.

Australia looks like a more balanced side in comparison to Team India. They had performed well in the three-match ODI series against England just before the IPL 2020. Aussies defeated the English side on their own soil by 2-1. They have a formidable opening pair of Aaron Finch and David Warner, who will like to take the charge from the beginning of the game.

Steve Smith will give stability to the middle-order at number three. Unlike the previous series, there are chances that Marcus Stoinis will be asked to bat at number 5. Marnus Labuschagne will retain his batting position. He is in smashing form as the right-handed batsman recently scored a couple of tons in a domestic tournament. In the end, Glenn Maxwell will be given the role of a finisher in the side. Also, Pat Cummins and Mitchell Starc hold the caliber to play quick cameos when required.

On the other hand, Australia’s bowling unit looks well settled and lethal. They have the likes of Mitchell Starc’sx-factor along with Pat Cummins and Josh Hazelwood. This trio might turn out to be a nightmare for Indian batsmen. The hosts will also look to come with a strategy of one main spinner, and he will be accompanied by Glenn Maxell from the other bowling end.

Match Updates for India vs Australia: