Watch: Will Pucovski Hit On The Head By Indian Pacer Kartik Tyagi During 1st Practice Game 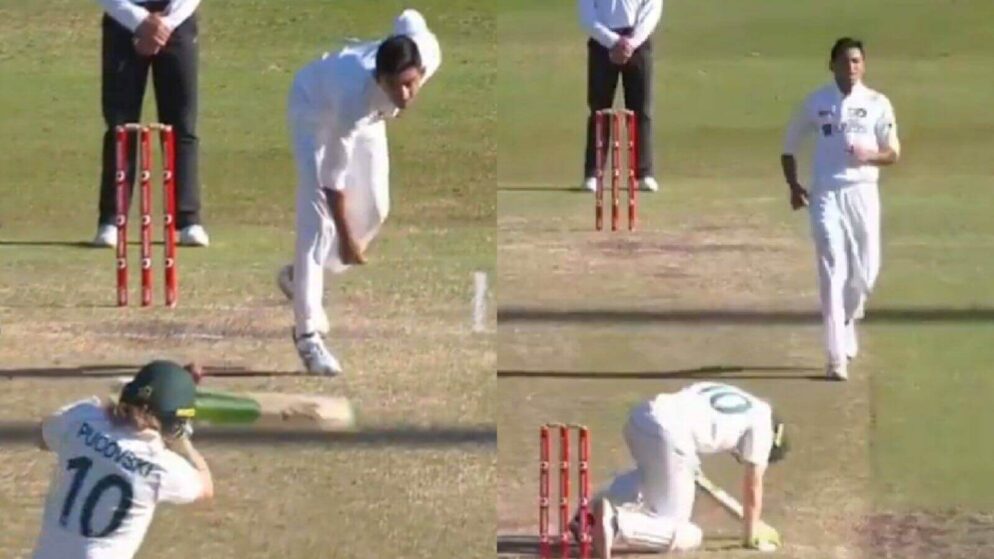 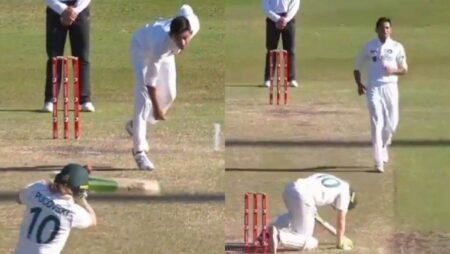 India A vs Australia A practice match ended on a draw. But, it has raised a big concern for the hosts. The talented and young opener Will Pucovski was hit with a brutal bouncer off Kartik Tyagi during the game. And, in the end, the batsman was taken back to the dressing room after that instance.

Australia A was given a target of 130 runs to chase on the final day of the game. But, they finished with a score of 52 runs for a loss of one wicket before the last ball of the game was bowled. The instance happened in the 13th over o the Australia A’s second innings. The right-handed batsman came down on his knees in order to play an innovative stroke against the Indian pacer. But, he was not in the best position to play a stroke and got imbalanced due to which he got hit with a well-directed bouncer.

The ball hit the helmet and raced towards the boundary. But, the bad part was that Will Pucovski was on his knees and looked in sheer pain. It was a horrific instance to watch from outside the ground. Even, the Indian fielders also looked in a bit of disguise after that instance.

Soon, the physio came out and attended the young opener. After getting hit with the ball, Pucovski never looked right and walked off the field along with the team physio. If the 22-year-old suffers a concussion then this will be the 9th occasion of the same.

He is one of the leading contenders to open the innings for Australia in the Border-Gavaskar Trophy against India. But, if he is not available or gets ruled out due to concussion then Marcus Harris might be announced as his replacement.

The Aussie head coach has already given a hint that David Warner is doubtful for the Adelaide Test. On the other hand, Joe Burns is going through the poor form with the bat. It looks like Australia has no option but to pick a 31-year-old on the side. And, he will be partnered by another influential batsman Marcus Harris. India vs Australia 1st Test will be played in Adelaide and it is going to be a day-night affair.