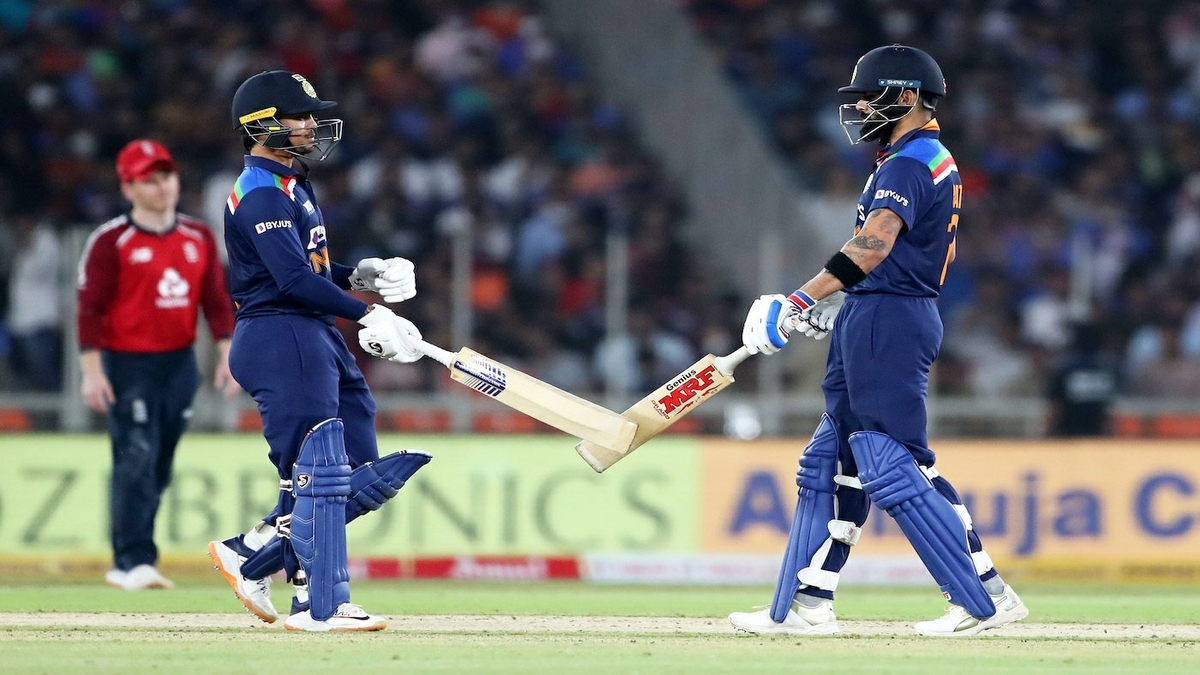 Ishan Kishan and Virat Kohli were on fire with the bat against England in the 2nd T20I of the five-match series. They simply guided Team India to an easy win at the Narendra Modi Stadium in Ahmedabad. It was the first-ever experience Ishan Kishan batting with none other than Indian skipper Virat Kohli. Now, he has revealed his first feeling sharing the same stage with the captain.

India got off to a poor start in their chase against England during the 2nd T20I. They lost their dashing opener, KL Rahul, in the 1st over. The visitors might have thought that they might restrict hosts from chasing down the target. But that was not the case as debutant Ishan Kishan came with flying colors alongside Virat Kohli.

The duo stitched 93 runs partnership that guided Team India to an apprehensive victory. Post-match, Ishan Kishan was quizzed on how he felt batting alongside Virat Kohli. To which, southpaw replied that he had never felt like that while batting in his whole cricketing career.

He added that while batting he didn’t realize about his fifty. As per him, Virat Kohli asked him to raise his bat after half-century because it was his first match and maiden fifty that is always important for every professional cricketer.

“I wasn’t nervous. Actually, I was not sure that I had reached my fifty and when Virat bhai told me ‘top innings’, then I realized. But generally, I do not raise my bat that much after hitting a half-century, maybe just once or twice. But then I hear Virat bhai’s voice from behind ‘Oye, charo taraf ghoom ke bat dikha, sabko bat dikha, pehla match hai tera’ (raise your bat in all directions, show your bat to everyone, it’s your first match),” Kishan replied.

Reflecting on how it is to bat with Kohli, Kishan said: “Initially, I was finding it difficult to match his (Kohli) level because of the energy he shows after each boundary or a double, I had never experienced that.”