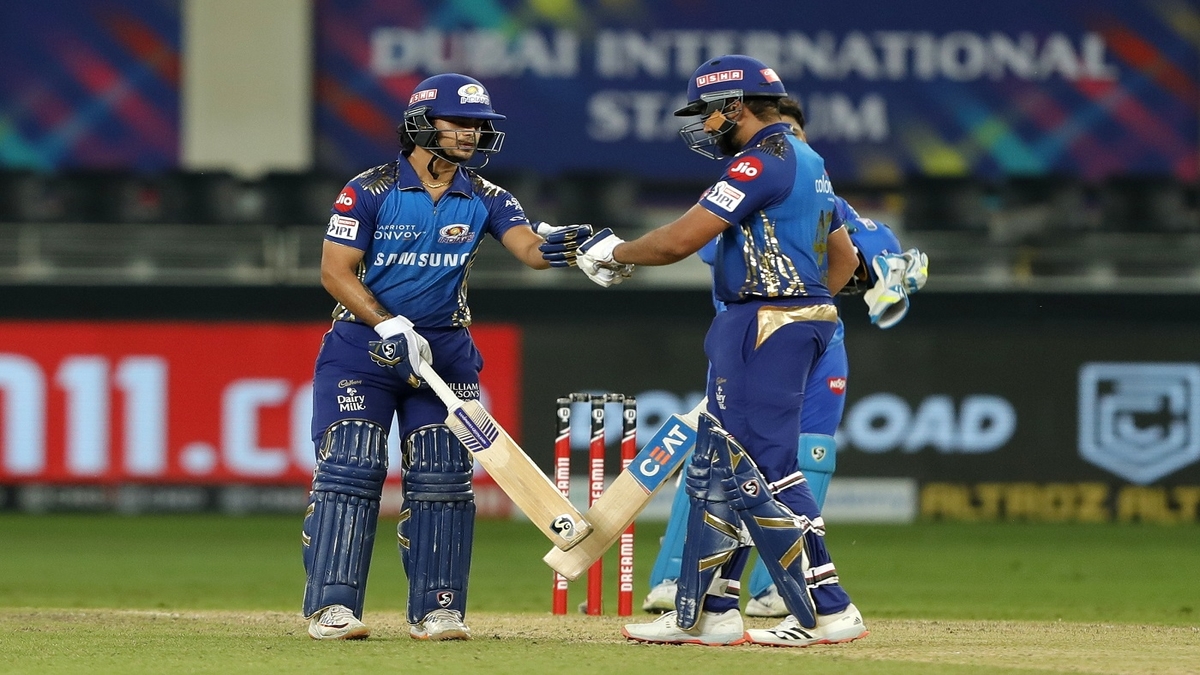 Ishan Kishan got off to a dream debut in international cricket as he smashed half-century against England in the 2nd T20I. He was simply on fire in his first T20I and hammered bowlers for a boundary as well sixes with ease. Now, the southpaw has revealed that Rohit Sharma’s advice helped him in performing well in the 2nd T20I against England.

The southpaw emerged as a positive change for Team India. He was picked as the replacement for Shikhar Dhawan, who looked pale with the bat in the 1st T20I. The decision went in favor of the Indian cricket team and the debutant came out with flying colors in the 2nd T20I. He played a scintillating knock of 56 runs off 32 balls studded with five boundaries and four sixes.

Ishan Kishan has now revealed that Rohit Sharma advised him to be calm and play his natural game in the 2nd T20I. He added that to go and bat with the clear approach in the match. As per him, at the end of the day, he wanted the national flag high. Also, he will always try to give his best while donning the national jersey.

“As a cricketer, many people are there who play different roles to help you succeed. Rohit Bhai told me before the match that you will open, play freely as you do in the IPL. He told me to stay clear. Obviously, I was nervous when I went out there, but at the end of the day, when you see the flag of your country and you are wearing the national jersey, all you want to do is give your best,” said Ishan Kishan during a post-match press conference.

“I think there was nothing to be changed after the first game. We had a bad game but still, you have to stick to the process which we have decided. We have to stick to our plans. There were small things which we took care of and we did not change anything from the first T20I.”

Ishan Kishan also talked about his teammates from the U-19 team. The southpaw said that it is always a proud moment when he helps his side in winning the games. Meanwhile, he also focuses on his game and tries to improve with every day passing, He opined that in a sports-like cricket every player needs to make changes with time.

“I get happy when I see the U-19 guys performing well, it is always a proud moment to see them perform. When I go out there in the middle, I always think about how I can improve myself. I just think about how I can get better with each passing day. As the level keeps on increasing in your cricket, there is no fixed spot for you. You keep on floating. I do not think about any number, I just do what the team requires,” Ishan Kishan said about his fellow teammates from his U-19 days.