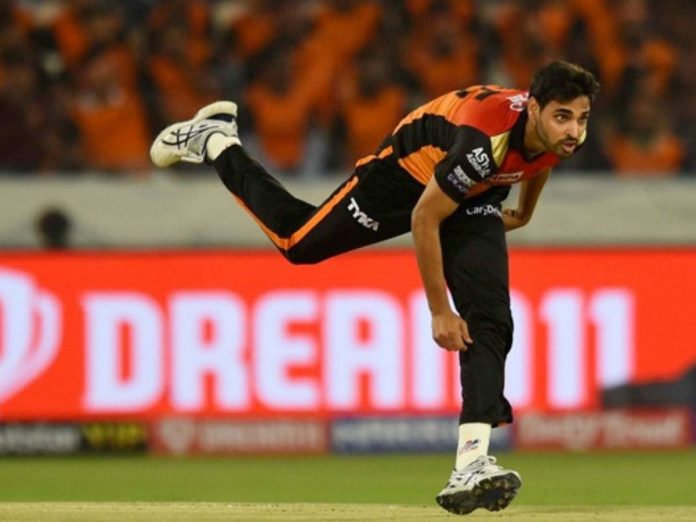 SRH locked horns with MI in the 65th game of the ongoing Indian Premier League season. It turned out to be a high-scoring encounter between the former IPL winners. SRH scored 193 runs in stipulated 20 overs. Rahul Tripathi smashed 76 runs off 44 balls, Priyam Garg mustered 42 runs off 36 balls and Nicholas Pooran managed 38 runs with the bat.

While in the chase, Mumbai Indians left well short of three runs in their innings to win the game. And, Bhuvneshwar Kumar turned out to be a winner for the orange army, who bowled the 19th over as a wicket/maiden.

Post-match, SRH skipper Kane Williamson said that death bowling is their strong point and they have some of the best death bowlers. As peer him, Bhuvneshwar Kumar’s over in the death won the game for their side when MI needed only 19 odd runs in the final two overs.

“Death bowling has been a strength of ours and Bhuvi is one of the top death bowlers of the tournament. His contribution today and to bowl a maiden is an amazing contribution and match-winning moment really,” Williamson said during the post-match presentation.

“He (Malik) always bowls quick, which is obviously strength and weapon for our side. Got an amazing skill set which if he can channel, he can turn a match as we saw,” Williamson said.

“He’s (Tripathi) a seriously special player, he comes out and takes the momentum away. Have seen a number of times in this competition,” Williamson said.

The SRH skipper was also impressed with Priyam Garg’s knock and feels he is a talented batsman. Also, he is expected to do really good for the orange army in the upcoming games.

“Priyam is a seriously talented cricketer, great that he could get the opportunity today, he’s one of those players we’re going to see a lot more of, got a really good head on his shoulders, a lot of potential but a lot of skill as well,” Williamson said.