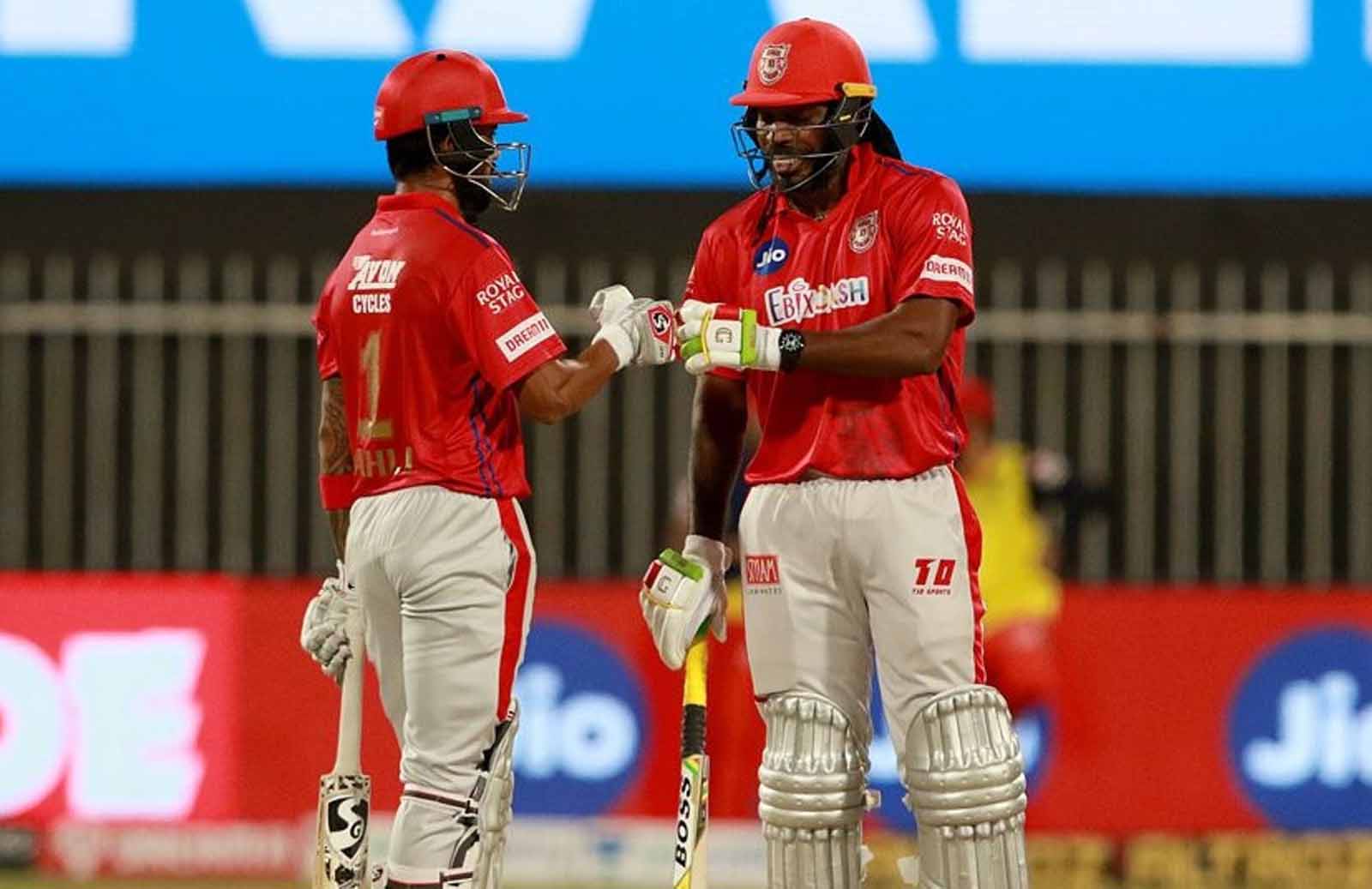 Kings XI Punjab looks untoppable after getting off the mark with a horrific start to IPL 2020. However, their fate changed after the inclusion of Chris Gayle, who didn’t feature in the first seven games of the tournament. And, KL Rahul, KXIP skipper has accepted that it was very tough for him to not play West Indies international.

Chris Gayle’s return to the side has brought good luck for Kings XI Punjab. Moreover, he has contributed well in every game he has played until now for the franchise in this edition. In 5 games, he has notched 177 runs at an average of 35.50 including two swashbuckling fifties. On Monday evening, he managed a match-winning half-century against KKR. Also, he stitched a brilliant partnership of 100 runs along with Mandeep Singh.

After defeating Kolkata Knight Riders, KL Rahul was quizzed over the fact that if it was difficult for him to not play Chris Gayle in the first half of the tournament. To which, KXIP opener replied that it is always hard to not play a player of such a reputation. Rahul also added that Universe Boss keeps the dressing room alive in crucial situations of the game as well.

“Chris, it was a very hard decision not to play him, He is the hungriest I have seen in the last seven-eight years playing for different franchises. Running ones and twos. And you know how he keeps the dressing room upbeat. To do it over and over again, year after year… We will enjoy tonight’s victory, enjoy tomorrow, and then start thinking about the next game. One game at a time,” Rahul told host broadcaster Star Sports at the post-match presentation.

King’s skipper opined on the demise of Mandeep Singh’s father. He asserted that it was a wonderful knock played by the right-handed batsman against KKR. Everyone knows it is a difficult situation for him. But, everyone in the team is with Mandeep in his tough time.

“The kind of toughness Mandeep has shown has rubbed on to other ways. Everybody is emotional. Just to put his hand up, just to be there, just to finish off the game, makes us so proud,” he added.