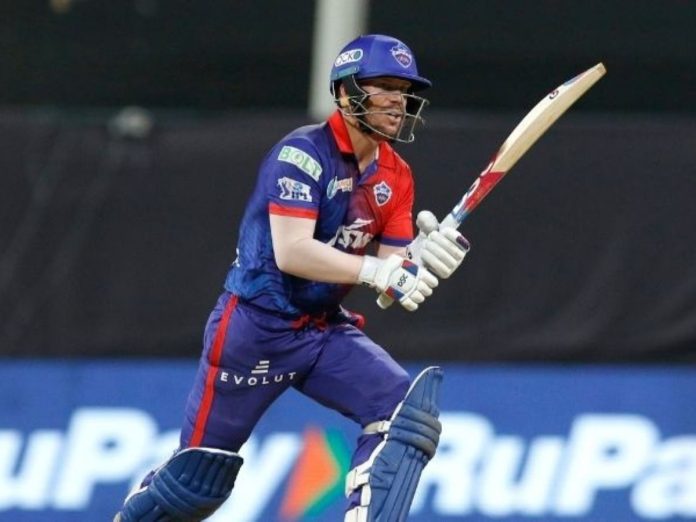 At last, For the first time In the ongoing Indian Premier League 2022 season, DC won two consecutive wins. Delhi capitals for the longest time throughout the tournament have been constantly losing one and winning one game. Even after facing a rocky start when the Rishabh Pant-led side was dealt an early blow in the form of David Warner. The team eventually managed to break the cycle with a consecutive win. They were victorious over Punjab Kings by 17 runs on Monday at the Dr. Dy Patil Sports academy.

After Mayank Agarwal won the toss. Punjab chose to ball. On the first ball of the game, warner ended up giving a simple catch to the backward fielder for a golden duck. Experts believe It was Warner’s last-minute decision to take the strike on the first ball, is what actually backfired.

Right Before the first ball, the commentator Murali Karthik for star Sports said  “What’s interesting here is that when Liam Livingstone was getting ready to bowl, Sarfaraz was taking the strike, they set the field for the right-hander and suddenly David Warner decided that he wants to take the strike. So, they have changed the entire field and the batters have swapped ends.”

Talking about the same after the dismissal, Karthik said: “Actually, if you saw Sarfaraz, he had already taken the guard and he trudged reluctantly towards the other end and now David Warner is going to do that? Might as well have allowed the right-hander to take strike.”

Rovman Powell wickets finishing 3/27. He had a field day bowling for a full quota (4overs) for the first time in IPL. All Thanks to Mitchell Marsh’s exceptional form knocking 63 runs off 48 balls. Delhi Capitals posted 159/7 in 20 overs in the game, Shardul Thakur then returned with four wickets off 36 balls defending Delhi Capitals 159 and defeating Punjab Kings by 17 runs. Delhi Capitals have now moved to the fourth spot in the IPL points table.