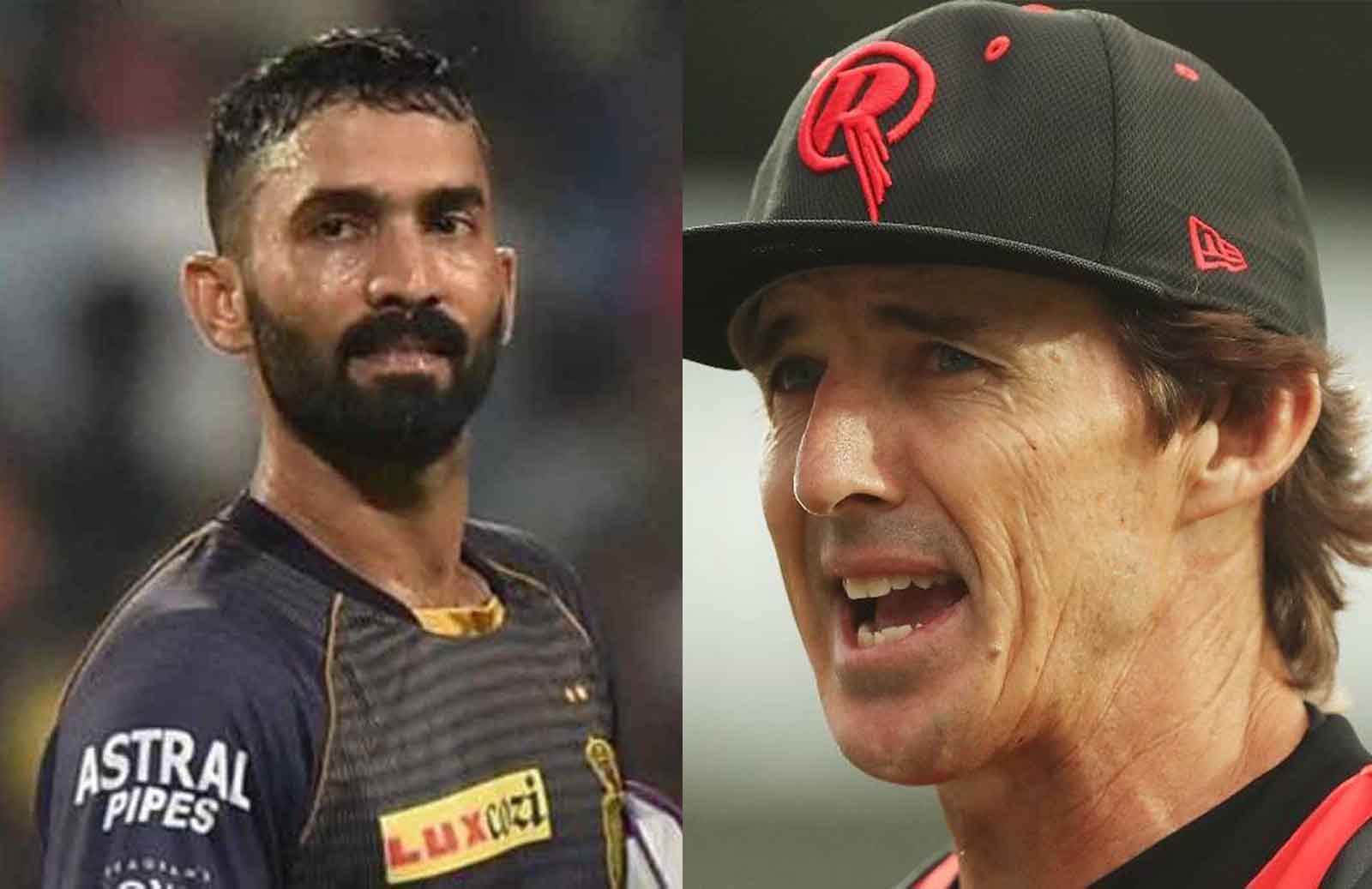 KKR has not performed as per the expectations of the fans in IPL 2020. Moreover, their skipper Dinesh Karthik also out of form with the bat in this tournament. This has given air to a debate on giving captaincy to Eoin Morgan in the side. However, Brad Hogg feels a bit different from others. He has backed the Indian wicketkeeper to lead the side on all fronts.

Dinesh Karthik was appointed as the skipper of KKR back in 2018. Knight Riders finished their stint in play-offs back in 2018. However, in IPL 2019, they ended their campaign on the 5th position. Meanwhile, there was also news of the conflicts between the players over their batting position during IPL 2019.

Brad Hogg backs Dinesh Karthik as a skipper of KKR

In the ongoing edition, KKR has managed a couple of victories in four games. But, Karthik looked full out of touch with the bat in all the games. Currently, he is not among the top five scorers of the team in IPL 2020. He has been brought under the scrutiny by the fans But, now, Brad Hogg has come forward backing him.

The former player said that Dinesh Karthik is doing a fine job as a skipper. But, he needs to use Eoin Morgan captaincy experience in such a way that can help the team going ahead in the tournament. He feels that the Indian wicketkeeper should only lead the team in IPL 2020.

“Look, I’d love this move to make Eoin Morgan KKR captain. Morgan is a great captain, and when you got someone like that in your team, you got to utilize those skills. But Dinesh Karthik is doing a good job, but he has to utilize Morgan’s skills. You gotta realize in their team they can only play four overseas players,”

“If Morgan starts finding a little bit of misfortune with his form, they have to bring in Tom Banton. Having him as captain will make it difficult to drop Morgan. So, I’d stick with Dinesh Karthik, but utilize Morgan’s experience,” Brad Hogg said as quoted by Hindustan Times.